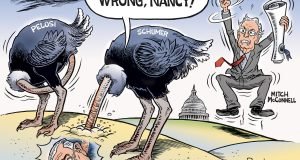 Most people are now aware and alarmed about the significant damages COVID-19 has had on not only medical care but also personal lives, businesses, communities, and America’s economy. It’s been a devastating two-pronged attack on America and the world. Through no fault of their own, trillions of dollars have been lost by good, decent, and hard-working people – not including ...

END_OF_DOCUMENT_TOKEN_TO_BE_REPLACED 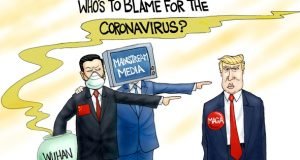 Recently, I wrote an article accurately predicting attentions should also be focused upon the DemIQ Virus – not just the Corona Virus. Throughout American history, we manage to have brilliant people who step forward willing to risk their lives to resolve health crises issues. Patriots know the Corona Virus is not an exception to this rule. Unfortunately, the DemIQ Virus ...

END_OF_DOCUMENT_TOKEN_TO_BE_REPLACED

Is Corona Virus Less Threatening Than The Demiq Virus? 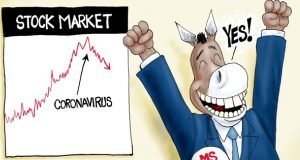 Today, we are watching the rabid crazed Democrats and sycophant media doing their best to exaggerate perhaps one of the largest health crisis hoaxes in history. No, Liberals are never concerned about the well-being of others, but instead, hope to spread panic and havoc around the world. “Yes,” they yell, “we must all run for the nearest bunkers or foxholes. ...

END_OF_DOCUMENT_TOKEN_TO_BE_REPLACED 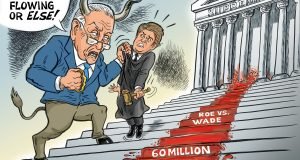 For those who do not follow the Democrat follies, it is important to understand they forbid God or anything to do with God in their communications – even simple things we all learned and proclaimed from elementary school. Yes, God has become the Democrat’s ‘F’ word. God must be demeaned or ridiculed among Democrats at every opportunity just as Sleepy ...

END_OF_DOCUMENT_TOKEN_TO_BE_REPLACED 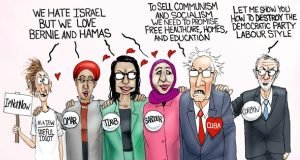 Have you ever noticed the real modus operandi of Liberals? First, liberals expect everyone to believe they are the smartest person in the room – regardless of whether it is a discussion about brain surgery or playing checkers but void of any professional background in the topic. Next, they falsely believe others truly care about what they think. Finally, differences ...

END_OF_DOCUMENT_TOKEN_TO_BE_REPLACED

What Happened to Justice? 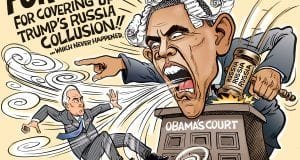 An old adage teaches us “Don’t listen to what someone says, but observe closely what they do!” If government employees and representatives accept their positions stating “I do solemnly swear (or affirm) that I will support and defend the Constitution of the United States against all enemies, foreign and domestic; that I will bear true faith and allegiance to the ...

END_OF_DOCUMENT_TOKEN_TO_BE_REPLACED

VP Hillary – Maybe But Not With Mini Mike! 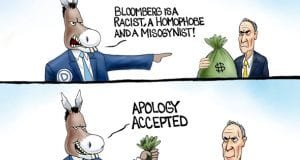 Prior to the impeachment acquittal vote by the US Senate, the Democrat’s deep dark rooms hidden from public view are filled with global elites busily formulating plans to ensure Donald J. Trump is not reelected in 2020. They sense the impeachment hoax, like the others, was coming unraveled. Hearts were pounding and fingernails were being bitten. Imagine if you were ...

END_OF_DOCUMENT_TOKEN_TO_BE_REPLACED

Would Anyone Really Vote for ‘Little Mike’ For President?

Amanda Alverez February 14, 2020 Comments Off on Would Anyone Really Vote for ‘Little Mike’ For President? 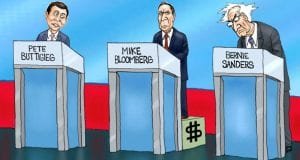 Before voting for Little Mike, you may want to research his religious philosophies. Mike Bloomberg (R)(D)(C)(S) is attempting to buy his way into the White House by being all things to all people. Doesn’t the ‘R’ ‘D’ ‘C’ and ‘S’ beside his name speak volumes about his loyalties? At least Bernie Sanders (S) is proud of his loyalties to the ...

END_OF_DOCUMENT_TOKEN_TO_BE_REPLACED

What Next for Democrats After Acquittal? 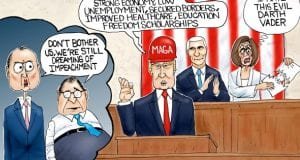 The journey begins by understanding the Democrat political failures. Democrats started going the wrong way many years ago but when Donald Trump became our duly elected President, the Democrat Party imploded. Until this time, Democrats never experienced competing with a Republican willing to fight back.

END_OF_DOCUMENT_TOKEN_TO_BE_REPLACED 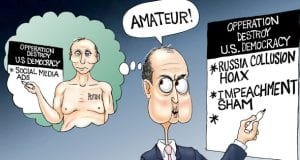 END_OF_DOCUMENT_TOKEN_TO_BE_REPLACED

What Ever Happened to Logic? 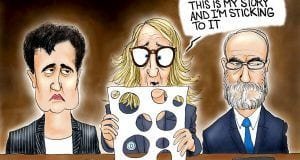 Logic isn’t a simple talking point. If it were, why are so many Americans – especially Democrats, Never Trumpers, and the media so overwhelmingly rejecting it? Dictionaries define logic as, “the science that investigates the principles governing correct or reliable inference.” For most of us, we would confirm it means understanding truth and fact, right? Well, liberals have a total ...

END_OF_DOCUMENT_TOKEN_TO_BE_REPLACED

Is There Any Justification for TDS? 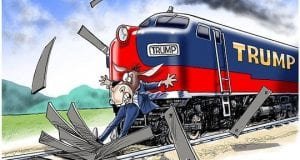 Please consider most Nations facing any health crisis quickly alerts citizens and institutes ways to confront, confine, and minimize damage. In this instance, we must question why TDS has not risen to that crisis level in the eyes of the President and US Health officials. If America fails to admit and address our own health crisis, how can we legitimately ...

END_OF_DOCUMENT_TOKEN_TO_BE_REPLACED 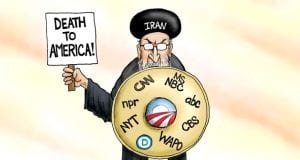 There is an old adage: “Don’t listen to what someone says, but observe closely what they do!” Through the years, Democrats have professed to be the home for American workers, Blacks, Labor Unions, and underprivileged – especially blue collar. They further promoted themselves as the only venue for Godliness, constitutionalism, civil libertarians, government monitors, fact-finders, exposing secret government alphabet agency ...

END_OF_DOCUMENT_TOKEN_TO_BE_REPLACED 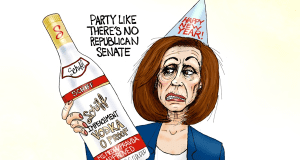 The Captain of our Team has proven to be capable of leading us through all the dark and twisted bombshells tossed out by liberals. Unfortunately, far too many Conservatives have grown complacent. Instead of getting prepared for the greatest fight in American history for the 2020 elections, many are preparing their favorite den, fattening up for the cold months ahead, ...

END_OF_DOCUMENT_TOKEN_TO_BE_REPLACED

Thank You Democrats for the Best Christmas Ever! 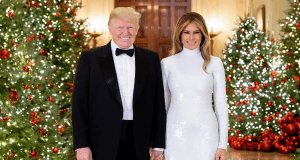 Does any American believe Republicans would have exposed all the corruption in DC and Democrat-run municipalities and States? It’s doubtful that more than a handful of spineless Republicans would ever leave their ‘safe spaces’ long enough to fight for America, right? Instead, we found overly confident Democrats on the scene exposing it all! What a blessing and a Christmas present ...