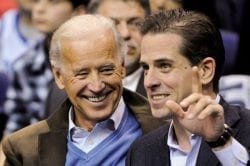 The names of those entering government and leaving with massive amounts of money would fill many journals. How does it work? Isn’t this like ‘spending your way out of debt’? Instead of going into mind contortions, can’t we reasonably agree that criminals are now running government?

Politicians Criminals are shamelessly stuffing their pockets with taxpayer money right before our eyes! In addition, corporate America is in government’s shady-deal rooms making their own deals to snuff out competition by killing small businesses.

To add insult to injuries, Judges have lost focus on their responsibilities and are writing more laws than Congress. Let’s not forget District Attorneys joining the lawless to make a mockery of our legal system. As the lawless train, winds through America, Mayors and governors are jumping on board by self-elevating to Kings. All of these efforts serve to concoct a deadly addictive elixir that is quickly extinguishing America’s life.

Whereas Congress was once the barrier to protect Americans by ensuring law and order, they are now the chief instigators of corruption. When Congress can’t find ways to aid and abet corruption, then our courts take over and ensure corruption prevails. If this weren’t true, then why isn’t Congress impeaching all of the judges that knowingly conduct their business “outside” of the US and State Constitutions? Obviously, oaths of office have now become meaningless!

America was not conceived with royalty, special interests, or special genealogies in mind. We are a Constitutional Democratic Republic designed exclusively for and by ‘we the people’ – not tyrants, rulers, or dictators. Our Country thrives on a free market system with freedom and liberty for all.

With the socialist indoctrinated college students, Democrat Party members, and greedy Wall Street bankers controlling government that will all be found in the ditch after a major collision with facts. Facts are those little nasty details where BS stops and truth prevails.

Failing to reason blinds one’s reality of outcome. Lust for power and money is always a warning sign of dangers ahead. Such lusts always overlook what happens when innocent people have their backs against the wall and won’t take it any longer!

Outside of Government, we generally refer to these types of people, as ‘Bullies.’ Bullies are always brave when they are in groups. However, when they are alone and confronted with reality, they are the first on their knees praying, crying, assuming the fetal position, and asking for mercy.

Decent people who respect and support law and order are not weaklings or cowards. Bullies soon discover law-abiding people eventually become a Hornet’s nest. It just takes a lot to get us in battle mode.

Unlike socialist Democrats, ‘we the people’ will score transparent victories depicting good Vs evil confirming the power of God. Therefore, we do walk softly but carry a big stick. Since America’s formation, ‘we the people’ have fought many battles to keep Old Glory waving. Why would we ever stop, now?

For all of the anti-American loud mouths let us give you some advice. You may want to stop barking, burning our flag, burning our cities, and physically attacking law-abiding citizens! God gives us two ears and one mouth for a reason… it’s time to shut up and listen before it’s too late.

The socialist Democrat’s lawlessness, lies, deceit, and hatred must stop. Bullies – even the Billionaire Class, need to understand most Americans have been pushed as far as we will allow. We are not going to continue to suffer while narcissistic elitists eat cake, at our expense.

None of this tension or treason is necessary or warranted – if we understand God’s plan for our lives. While Bullies rely upon evil works, pro-Americans rely upon God. Millions of years ago, God knew there would be evil people willing to harm His children intentionally and he said, “God resists the proud, but gives grace to the humble.”