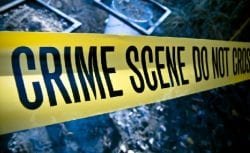 Some people believe the USA is holding on by the hair of our ‘chinny, chin, chin.’ So, do we panic, set sail for far off places, or what? Of course, we could just turn to God in times like this, right!

Seriously, is there anything more annoying than hearing Believers whine? Do we easily forget we live in a Christian Nation and God’s word keeps telling us He is in control? “1 Thessalonians 5:14 Now we exhort you, brethren, warn those who are unruly, comfort the fainthearted, uphold the weak, be patient with all. 15 See that no one renders evil for evil to anyone, but always pursue what is good both for yourselves and for all. Rejoice always, 17 pray without ceasing, 18 in everything give thanks; for this is the will of God in Christ Jesus for you.”

We can agree that this ‘giving thanks in all things’ is not the easiest mandate to keep. However, living in a Christian Nation has benefits. It means we are surrounded by like-minded God-fearing people who also believe in the only begotten son of God, even Jesus Christ our only Lord and Savior. It means we have strength in numbers. ”Romans 8:38 For I am persuaded that neither death nor life, nor angels nor principalities nor powers, nor things present nor things to come, 39 nor height nor depth, nor any other created thing, shall be able to separate us from the love of God which is in Christ Jesus our Lord.”

Yep, no matter how difficult, God always holds the winning hand! How then is it possible for Believers to forget to claim the promises of God? How do Believers become infected with an unforgivable disease – lack of faith! ”Romans 10:17 So then faith comes by hearing, and hearing by the word of God.”

God’s word also teaches Believers to be keenly aware that God’s laws are always superior to man’s laws. “Exodus 9:29 So Moses said to him, As soon as I have gone out of the city, I will spread out my hands to the Lord; the thunder will cease, and there will be no more hail, that you may know that the earth is the Lord’s.” Believers must always be strong and never hide or remain silent about the power of God regardless of the storms that come our way.

If anyone has doubts, please provide even one Bible verse declaring, “God doesn’t punish those who commit sin?” Instead, God’s word repeatedly confirms “HE” will punish all sinners – Believers and unbelievers. Yes, elected officials make good and bad laws but God’s law will always remain superior.

Isaiah 32:7 Also the schemes of the schemer are evil; He devises wicked plans To destroy the poor with lying words, Even when the needy speaks justice. Ephesians 5:8 For you were once darkness, but now you are light in the Lord. Walk as children of light 9 (for the fruit of the Spirit is in all goodness, righteousness, and truth), 10 finding out what is acceptable to the Lord. 11 And have no fellowship with the unfruitful works of darkness, but rather expose them.

When we notice politicians being two-faced and making a mockery of the ‘rule of law’ please know God deals with them and their families in the harshest of ways. “Jeremiah 36:31 I will punish him, his family, and his servants for their iniquity (sins); and I will bring on them, on the inhabitants of Jerusalem, and on the men of Judah all the doom (disciplines) that I have pronounced against them…” Perfect justice equals perfect discipline dispensed by God.

Can anyone falsely believe evil people get away with sins like rigging elections, causing untold numbers of deaths, failing to uphold their oaths to the US Constitution, denying the pursuit of happiness, denying human rights, flooding our country with illegal drugs, allowing the media to propagate lies and deceit, and other evils? God’s word states evildoers can’t hide from His discipline. “Deuteronomy 7:20 Moreover the Lord your God will send the hornet among them until those who are left, who hide themselves from you, are destroyed.”

God’s court is always the highest where the best rulings are created. Psalm 55:22 Cast your burden on the Lord, and He shall sustain you; He shall never permit the righteous to be unheard. When God’s court is in session – it’s just the truth and nothing but the truth prevailing.

God’s courtroom is not filled with slick-tongued lawyers, expensive suits, false witnesses, lies, deceit, bribes, hidden favors, and all other evil. God already knows the facts including the extent of evil deeds. “Hebrews 10:30 For we know Him who said, Vengeance is Mine, I will repay, says the Lord. And again, the Lord will judge His people.” It’s a perfect court dispensing perfect justice!

My Mom taught me that integrity is what happens when we think God isn’t watching. After we commit a sin and fail to confess it (1 John 1:9), our hearts become hardened leading to committing more sins. If sin is allowed to compound, integrity is extinguished causing exponential growth of sins and crime.

Humans will always make ‘innocent’ mistakes but don’t confuse them with intentional evil bringing God’s wrath upon the person and their families. Exodus 32:34 “Now therefore, go, lead the people to the place of which I have spoken to you. Behold, My Angel shall go before you. Nevertheless, in the day when I visit for punishment, I will visit punishment upon them for their sins.”

Does wealth, position, color of skin, education, church membership, or positions of power negate God’s wrath? No, sin is sin no matter who commits them. God doesn’t attempt to sugar coat His disdain for sin or offer varying degrees of excuses for it. “Proverbs 15:10 Harsh discipline is for him who forsakes God’s way, and he who refuses correction will die.”

When we look upon America today, we see many radicals blatantly disobedient to not only God’s law but also the rule of law and our Constitution. Narcissistic radicals have replaced love and kindness with pure hate. They self-elevate to King status then fill their minds with arrogance and anarchistic ideologies demanding the rest of us peons shut-up and obey. Such actions may work in banana republics, but it’s not going to go well in America. Deuteronomy 30:7 “Also the Lord your God will put all curses on your enemies and on those who hate you, who persecuted you.”

In America, we are blessed not only to have God on our side but we also have a Constitution to enforce the rule of law – even government corruption. So, if we love America do we just sit back and watch Her self-destruct by narcissistic radicals? If we do nothing, what will America look like when radicals rule and crime is rampant?

Why does our Constitution specifically give us the right to assembly and free speech? By obeying anti-Constitutional ignorant decrees of tyrants, are we not just as guilty as the evildoers are? Shouldn’t all Americans be thinking about ways we can peacefully participate in keeping America moving forward in a Godly manner and minimize power-drunk government leaders?

Isn’t it time for good people to be equally as determined to make America great as radicals wanting to destroy Her? Growing a spine doesn’t mean we have to be 7 foot tall and carry machine guns to make lawful changes within our community. The pen is always mightier than the sword and the power of prayer is priceless. “Matthew 18:20 For where two or more are gathered together in My name, I am there in the midst…”

Just a few years ago, who would have believed America could become a Nation where any person – much less a total political party, openly and proudly supports lies, election fraud, corruption, deceit, and bribery?

Imagine having to ask, “Can we find just ‘ONE’ Democrat willing to support our Constitution, Godliness, and expose evildoers?” What’s the use of having a political party if they only seek to serve their lust for power, wallets, and special interests?

Is it impossible to find a Democrat leader that understands sin and Godliness don’t mix? Aren’t we now at that point in time a few of us must start asking what will happen if evil doers prevail? If evil wins, then wouldn’t it simply become a race to the bottom for all?

No, it’s not time to go insane, but isn’t it time all Americans draw closer to God?

Romans 8:31 What then shall we say to these things? If God is for us, who can be against us? 32 He who did not spare His own Son, but delivered Him up for us all, how shall He not with Him also freely give us all things? 33 Who shall bring a charge against God’s elect? It is God who justifies. 34 Who is he who condemns? It is Christ who died, and furthermore is also risen, who is even at the right hand of God, who also makes intercession for us. 35 Who shall separate us from the love of Christ? Shall tribulation, or distress, or persecution, or famine, or nakedness, or peril, or sword? 36 As it is written:

“For Your sake we are killed all day long; We are accounted as sheep for the slaughter.”

37 Yet in all these things we are more than conquerors through Him who loved us. 38 For I am persuaded that neither death nor life, nor angels nor principalities nor powers, nor things present nor things to come, 39 nor height nor depth, nor any other created thing, shall be able to separate us from the love of God which is in Christ Jesus our Lord.