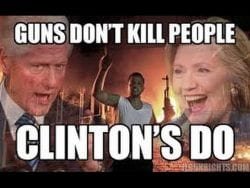 Please consider these basic facts about Murder statistics in America…

For those who were forced to attend government schools, please forego the aspirin and with just a bit of patience and understanding of numbers, these facts will become meaningful. At the present time, Democrats and their propaganda partners are touting we have to elect more Democrats into public office.

Could then Republicans be fighting the wrong battle? Aren’t Democrat leaders doing a great job at eradicating Democrats? Shouldn’t we be helping them instead of opposing them?

Of course, these Democrat Party Members being eradicated are young adults. Normally, these people murdered would then be replaced as a new generation rises. However, we then have to toss these figures into the equation…

Now, here is the tricky point in attempting to understand ‘real world’ facts. First, Democrats are allowing their future leaders to be murdered as quickly as they grow up. Imagine being a teenager and needing a gun to get to and from school. Sadly, many of these children don’t come back home from school.

Just as importantly, Democrats falsely believe they are ‘cutting edge’ technologies by convincing people exterminating their babies by the hundreds of thousands is a good thing. The more babies they murder the more ‘woke’ they become.

Now please combine all this Democrat ‘wokeness’ with protests and destruction of Black neighborhoods, minority businesses, and changing their neighborhoods into war-torn disasters unsafe for any type of human life. Yep, one has to admit Democrats have a lot going for them and maybe the rest of us just need to get out of their way.

Let’s never forget that Democrats hate education, so there is never any reason to be concerned about having an educated Democrat society. They will never support anything other than ‘wokeness’ and ideologies fixated on hate. They have become the most racist organization in America’s history.

Just as it has been for so many other cultures, hate and racism only serve to destroy lives. As with all cults, their own failures will eventually bring their movement to a screeching halt and they will never have another friend or someone willing to listen to their evil ways.

Romans 1:18 For the wrath of God is revealed from heaven against all ungodliness and unrighteousness of men, who [d]suppress the truth in unrighteousness, 19 because what may be known of God is [e]manifest [f]in them, for God has shown it to them. 20 For since the creation of the world His invisible attributes are clearly seen, being understood by the things that are made, even His eternal power and [g]Godhead, so that they are without excuse, 21 because, although they knew God, they did not glorify Him as God, nor were thankful, but became futile in their thoughts, and their foolish hearts were darkened. 22 Professing to be wise, they became fools, 23 and changed the glory of the incorruptible God into an image made like [h]corruptible man—and birds and four-footed animals and creeping things.

24 Therefore God also gave them up to uncleanness, in the lusts of their hearts, to dishonor their bodies among themselves, 25 who exchanged the truth of God for the lie, and worshiped and served the creature rather than the Creator, who is blessed forever. Amen.

26 For this reason God gave them up to vile passions. For even their [i]women exchanged the natural use for what is against nature. 27 Likewise also the [j]men, leaving the natural use of the [k]woman, burned in their lust for one another, men with men committing what is shameful, and receiving in themselves the penalty of their error which was due.

28 And even as they did not like to retain God in their knowledge, God gave them over to a debased mind, to do those things which are not fitting; 29 being filled with all unrighteousness, [l]sexual immorality, wickedness, [m]covetousness, [n]maliciousness; full of envy, murder, strife, deceit, evil-mindedness; they are whisperers, 30 backbiters, haters of God, violent, proud, boasters, inventors of evil things, disobedient to parents, 31 [o]undiscerning, untrustworthy, unloving, [p]unforgiving, unmerciful; 32 who, knowing the righteous judgment of God, that those who practice such things are deserving of death, not only do the same but also approve of those who practice them.

Support Conservative Daily News with a small donation via Paypal or credit card that will go towards supporting the news and commentary you've come to appreciate.
Tags
2020 Election News abortion Democrats Politics Politics