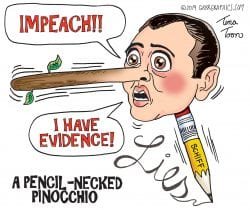 For years, many have written about the atrocities of Socialists, Communists, Abortionists, Atheists, Nazis, Religious Zealots, Vegans, Global Warmers, Globalists, anti-Americans, Democrats, KKK, Black Lives Matter, Greenies, and similar Mother Earther’s; hereinafter, referred to as Liberals. Just when we think we have heard, seen, or read everything possible about these barbaric aliens, another ‘crazy’ jumps out from their cage.

Sadly, far too many civilized people have grown tired of their shameful activities. Instead of fighting back, it appears the preference is to ‘get-a-long’ or ‘excuse’ their sins. Good people forget when Liberals lack facts; they attempt to slay the messengers.

Fortunately, more and more people have grown tired of the spoiled whiney Liberal ploys. Good people are starting to fight back. Most now readily accept Liberal’s accusations of racist, homophobe, White supremacist, and wear it as a badge of honor. Their attacks are meaningless because of their never-ending flamethrower false rhetoric.

Liberals are bullies and bullies normally have a short life. Bullies eventually meet someone with a bigger stick destroying their threats. Liberals are now feeling that concern as the 2020 elections approach recognizing they have nothing positive to offer voters in their campaigns. Every hoax they have invented has crumbled and America is pulling out of their pandemic hoax well on its way to recovery. Ouch!

Unfortunately, it appears only a hand-full of Republicans bother to understand the massive dangers Liberals pose for all. Liberals infiltrate every sector of our societies and turn them upside down by infecting minds with their sexual perversions. Their goal is to destroy freedom and Christianity – the most critical pillars of any great society.

Most Republicans are prone to accept the Liberal sinful agendas and succumb to their insanities instead of destroying their wicked ways. The key to understanding Liberals is to understand who is their “sub” and “dom.” It’s sad because Republicans at least should have a basic understanding of the differences! For way too long, Republicans have become satisfied with being the sub.

After all, if government is the answer, what in the Hell is the question. With more government comes more rape and greater power for the Liberal doms. Most Americans are fed up with Liberal fixation on perverted sex whereby Liberals take from the Middle Class to give to the lower and upper class. Does anyone imagine the middle class is approving of this sort of sex scheme?

Non-liberals need only understand that God and facts are the two greatest challenges confronting Liberals. They despise both and it easily causes their heads to explode. History teaches us the Liberal universal response to either of these points is to cry like babies and scream obscenities. Then they and their media sycophants move in to screw the messenger – yes, an opportunity for more sexual abuse.

When we see Liberal heads exploding, it’s difficult not to question what their parents and loved ones taught them. Why would anyone in their right mind ever teach anyone bad information? What’s not to like about teaching love and respect for others, devotion to the good of all, being humble, caring about others? Instead, why wouldn’t they want to teach them a well-rounded dose of facts to carry them through the pitfalls of life instead of building roadblocks?

Today, we have college graduates thinking Communism is better than Capitalism. How does this happen in a sane world? We have Liberals thinking they should rule the universe when they can’t even manage their own cities. We have Liberal leaders imposing draconian regulations upon a free society instead of protecting citizens. How does anyone get this sort of a demented sexual mindset?

When did Americans begin to believe that being raped is a good thing? Doesn’t law enforcement and politicians take an oath to protect and defend the US Constitution? Why would we allow any politician to plunder, seize property, abuse rights, rob us of liberties, kidnap, and void property rights? Oops, did we just define the modus operandi of Liberals?

Who were the people tossed into the genesis of the ‘#metoo’ movement? Can anyone guess why the most revered Liberal leaders won’t be prosecuted for their perverted sadistic acts? They appear to enjoy their demented narcissistic religious and sexual addictions without fear of reprisal.

It should be obvious there is no longer any person or thing devout Liberals don’t desire to reach their next climatic high from their perverted addictions.

A portion of American history missed by Liberals was the story of a US Naval officer, David Farragut. During the American Civil War at the Battle of Mobile Bay, Farragut said: “Damn the torpedoes… four bells, Captain Drayton, go ahead… Jouett, full speed.” From which came the adage, “Damn the torpedoes, full speed ahead.” Unfortunately, Liberals falsely believe they can’t be stopped.

Please research the long list of sadistic schemes perpetrated upon President Donald Trump. Even to a novice, the schemes committed by Liberals during the last two election cycles are treasonous. Meanwhile, sane Americans continue to ask, “Where are the trials and prison sentences?”

The larger question has to be, “Why do we only see those who attempted to help President Trump being jailed and prosecuted?” It’s obvious our law enforcement and justice departments have also become perverted, as well! It’s nothing more than sadistic sex to observe innocent people being screwed!

Regardless of how far Liberals go over their skis, they corrupt, try to convince others they have everything under control, and performing God’s work. They refer to this methodology as their “Duck Syndrome… above the water all is calm… below the water they are paddling like Hell!”

If anyone desires truth, there is but one place to go for inspiration… the Bible. A few Godly words normally provide the light needed to shine upon the darkness of those who reject fact. Let’s understand the word ‘fornication’ when dealing with Liberals.

God’s word tells us Hebrews 13:4 Marriage is honorable among all, and the bed undefiled; but fornicators and adulterers God will judge. One could easily deduce God thinks fornication is something to be reserved for marriage, sane, and honorable.

1 Peter 3:3 (Ladies) do not let your adornment be merely outward—arranging the hair, wearing gold, or putting on fine apparel— 4 rather let it be the hidden person of the heart, with the incorruptible beauty of a gentle and quiet spirit, which is very precious in the sight of God. 1 Peter 3:7 (Men) likewise, dwell with them with understanding, giving honor to the wife, as to the weaker vessel, and as being heirs together of the grace of life, that your prayers may not be hindered.

1 Peter 3:8 Finally, all of you be of one mind, having compassion for one another; be tenderhearted, be courteous; 9 not returning evil for evil or reviling for reviling, but on the contrary blessing, knowing that you were called to this, that you may inherit a blessing. 10 For He who would love life and see good days, let him refrain his tongue from evil, and his lips from speaking deceit. 11 Let him turn away from evil and do good; Let him seek peace and pursue it. 12 For the eyes of the Lord are on the righteous, and His ears are open to their prayers; but the face of the Lord is against those who do evil.

Fornication generates many different perceptions among people. Liberals mostly believe that fornication is okay with as many people as possible. Even the Liberal Dr. Fucci suggests it’s okay to have casual sex but just don’t shake hands.

Liberals mostly believe marriage is not something to stand in the way of fornication. Liberals even believe rape is okay, so long as the one committing rape is another Liberal.

Then God tops off His teaching about fornication with these pertinent words: Proverbs 6:32 Whoever commits adultery (sexual acts outside of marriage) lacks understanding (wisdom); He who does so destroys his own soul. 33 Wounds and dishonor he (or she) will get, and his reproach will not be wiped away.

Sadly, Liberals still awaken each day to scheme of ways to f**k over their next victims.