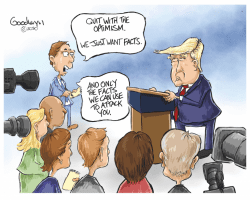 Most people are now aware and alarmed about the significant damages COVID-19 has had on not only medical care but also personal lives, businesses, communities, and America’s economy. It’s been a devastating two-pronged attack on America and the world.

Through no fault of their own, trillions of dollars have been lost by good, decent, and hard-working people – not including the havoc inflicted on the destruction of their personal lives. That’s why America must take the virus seriously but more importantly… wisely!

Isn’t it scary to imagine politicians acting wisely? Many are now questioning if Democrats and Globalists view the Corona Virus in a much different way – only politically. In their demented minds, do they falsely believe this crisis is a good thing?

Doesn’t it look like Congressional leaders have chosen to sit on their fat taxpayer salaries and perks avoiding the needs of their employers? Shouldn’t we complain that far too many are welcoming and even embracing the Virus! How could they act so shamelessly?

Could any normal person be so cruel? What does God say about one’s actions toward others…

Mark 12:31 Thou shall love thy neighbor as thyself. There is none other commandment greater.

If Democrats are concerned about Corona as a legitimate health crisis, then why won’t they stand in the forefront fighting and educating people on how to survive? Instead, we see them running to their back rooms, holding secret meetings, and doing everything possible to prolong it! Are they only viewing this as another crisis they don’t want to waste?

The point being the Corona Virus is obviously a serious issue. Regardless, one could easily analyze the talking points screaming out of Congress as being more in line with supporting and prolonging the crisis – not defeating it! If one plays with a rattlesnake long enough, they will eventually be bitten, right! Delaying appropriate action on these issues is not a luxury America can afford.

Since the 2016 elections, we have observed the Democrat Party morphing into nothing more than a rabid lynch mob of out-of-control hysterical liars and schemers focused ‘only’ on impeaching the President. Taking care of the people’s business is obviously at the bottom of their ‘to-do’ lists! Has anyone noticed any changes in their ‘stuck on stupid’ attitude?

That’s why we are forced to ask, “Is this merely another Democrat Party political stunt or a real health crisis?” After constant non-stop lies for the past years, what could ever happen to change our minds to believing Democrats would ever tell the truth about anything? Just like Trump/Russia and the other hoaxes, the next few months will give us an answer.

Today, it appears Democrats and their media sycophants are forcing America into a major disaster. Yes, a disaster far greater than a virus could ever achieve! It will likely produce massive numbers of deaths and destruction affecting many generations! Democrat’s dedicated anti-American attitudes don’t help.

Let’s agree the Corona virus may make many ill, may even kill some, but it won’t kill everyone. Most of those who have fallen prey to the virus are now recovering and returning to normalcy. Advancements in medical science are already generating hope and even potential cures for this virus. The future looks brighter every day.

Wiping out America with a faux financial crisis is a much greater fear than any health issue imaginable. After all, what epidemic has confronted America that science hasn’t resolved? On the other hand, science will never have a quick fix, cure, or vaccine to protect us from a financial crisis!

We must now question if government leaders are addressing this crisis by attempting to shoot a mosquito with a battleship full of drunken sailors. If so, the collateral damages will be unimaginable. There has to be a smarter plan, right?

America’s new reality understands she was founded by geniuses but idiots are running her. Why would any of the government leaders ever believe citizens want them to make personal decisions for us?

American people are united and different from all other countries. We are resilient, intelligent, strong, courageous, inventive, and able to make great decisions based upon facts – not emotions. Americans always have and will continue turning lemons into lemonade! A brave Patriot, Patrick Henry, said it best, “Give me liberty or give me death!” That mantra still resonates with the majority of Americans.

In Socialist and Communist countries, governments make all personal decisions for citizens but we must never allow it in America! We cannot surrender our Constitutional Rights in favor of any virus or unfounded political rhetoric. If Democrats would support President Trump’s goals to secure America’s borders, none of this would be happening.

Today, our governments have intentionally created a financial disaster that is wreaking havoc in every city in the USA. Consider the damages created when government targets restaurants. Since government has intervened, restaurant sales have fallen by more than 70%. If Congress had any business sense, they would need no other financial indicator to expose how bad their decisions have been.

Sadly, most suggest their edicts are based upon fear mongering – not reality or scientific fact. The fake news media no longer maintains a straight face when reporting on this crisis. Instead, it is hype and hysterics just as in the first Presidential Coup attempts. To use the Corona virus as a weapon to gain political points is unconscionable.

While Democrats and their sycophant media accomplices are too stupid to understand financial fact they seem destined to do as much destruction as possible each day. They hype fear and promote anti-American propaganda at every opportunity.

If Democrats are trying to create a financial market crash, recession, or financial crisis in their attempt to impeach President Trump, could they have chosen any better means other than shutting down America? Yes, we all have to be suspicious!

Please pray President Trump sees through this fog and gets America started sooner… rather than later!

Support Conservative Daily News with a small donation via Paypal or credit card that will go towards supporting the news and commentary you've come to appreciate.
Tags
COVID-19 Democrats media bias Politics the economy