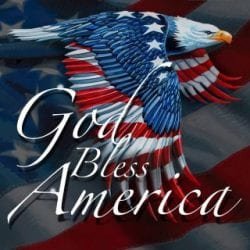 The words written by the Apostle Paul 100’s of years ago are so on point for the chaotic times we are experiencing in America, today.

1 Thessalonians 1:1 To the church of the Thessalonians (America) in God the Father and the Lord Jesus Christ: Grace to you and peace (have a relaxed mental attitude) from God our Father and the Lord Jesus Christ. 2 We give thanks to God always for you all, making mention of you in our prayers, 3 remembering without ceasing your work of faith, labor of love, and patience of hope in our Lord Jesus Christ in the sight of our God and Father, 4 knowing, beloved brethren, your election by God. 5 For our gospel did not come to you in word only, but also in power, and in the Holy Spirit and in much assurance, as you know what kind of men we were among you for your sake.

Of course, we have to ask if anyone thinks most churches still understand the meaning of faith, love, and hope. Every Sunday Americans flock to churches to receive a quick ‘howdy’ from mostly unqualified church leaders while God’s meat is nowhere to be found! If we are to teach people about Godly ways, then shouldn’t we be teaching God’s word – not just handshakes and empty smiles?

An old song about letting our lights shine instead of hiding them under a basket says it all. Republicans are normally spineless and prefer hiding their light under a basket. On the other hand, Democrats shine their blinding lights everywhere but only to blind the masses while hiding their corrupt actions. Sadly, both are disobedient to God’s word, aren’t they?

Most have been turned off by the ‘weak-kneed’ Republicans tiptoeing around the Democrat crime scenes. They arrogantly proclaim superiority because fighting is beneath their dignity. Government corruption doesn’t bother Republicans because they can fellowship with criminals all day long. They even refer to them as, “The Honorable Senator.” The only word that escapes Republicans is courage.

On the other hand, Democrats are the first on the crime scene, shining their blinding lights to keep anyone from observing the crime details then successfully manipulating the media to promote the lie that Republicans are guilty. The only word that escapes Democrats is transparency.

Democrats falsely believe success comes from wickedness. Once they develop their evil plan, then like a nest of Hornets, they and their accomplices attack by lying, maligning, humiliating, and never stopping until they destroy innocent lives. Today, there seems to be no limit to what Democrats will do to gain power and money.

When meeting Democrats, I love to ask, “What is the one thing all Democrats cherish the most?” While it shouldn’t be a difficult to respond, their contorted speech and body language speak volumes! The Apostle Paul spoke about such people many years ago and it is still relevant.

Romans 1:18 For the wrath of God is revealed from heaven against all ungodliness and unrighteousness of men, who suppress the truth in unrighteousness, 19 because what may be known of God is manifest in them, for God has shown it to them. 20 For since the creation of the world His invisible attributes are clearly seen, being understood by the things that are made, even His eternal power and Godhead, so that they are without excuse, 21 because, although they knew God, they did not glorify Him as God, nor were thankful, but became futile in their thoughts, and their foolish hearts were darkened. 22 Professing to be wise, they became fools, 23 and changed the glory of the incorruptible God into an image made like corruptible man—and birds and four-footed animals and creeping things.

24 Therefore God also gave them up to uncleanness, in the lusts of their hearts, to dishonor their bodies among themselves, 25 who exchanged the truth of God for the lie, and worshiped and served the creature rather than the Creator, who is blessed forever. Amen.

26 For this reason God gave them up to vile passions. For even their women exchanged the natural use for what is against nature. 27 Likewise also the men, leaving the natural use of the woman, burned in their lust for one another, men with men committing what is shameful, and receiving in themselves the penalty of their error which was due.

28 And even as they did not like to retain God in their knowledge, God gave them over to a debased mind, to do those things which are not fitting; 29 being filled with all unrighteousness, sexual immorality, wickedness, covetousness, maliciousness; full of envy, murder, strife, deceit, evil-mindedness; they are whisperers, 30 backbiters, haters of God, violent, proud, boasters, inventors of evil things, disobedient to parents, 31 undiscerning, untrustworthy, unloving, unforgiving, unmerciful; 32 who, knowing the righteous judgment of God, that those who practice such things are deserving of death, not only do the same but also approve of those who practice them.

The lack of appropriate leadership from government agencies, employees, and leaders explains why Americans can no longer depend upon equal justice, the rule of law, and transparency. If America is to succeed, Government leaders, agencies, and personnel supporting anti-American rhetoric or regulations must be expelled from power.

Americans are going to have to awaken to the reality that America is now in the hands of ‘we the people.’ Anti-Americans must now be dealt with in the harshest ways, quickly. We must back law enforcement and the rule of law – regardless.

America must get back to the basics, correct this downward spiral, and restore America to its place of honor among all Nations. There is only one way this will be accomplished… “John 8:32 And you shall know the truth, and the truth shall make you free.”