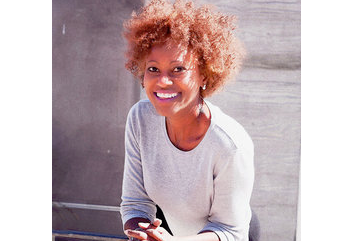 The case of City of San Francisco v. Anne Kihagi calls into question ethical judicial and prosecuting practices, the latter of which often dances the line on conflict of interest issues. Attorney Karen Uchiyama, a defense lawyer in this contentious case, references a 1985 California Supreme Court ruling that clarifies the role of a public attorney, in contrast to a non-governmental legal professional:

[A] prosecutor’s duty of neutrality is born of two fundamental aspects of his employment. First, he is a representative of the sovereign; he must act with the impartiality required of those who govern.  Second, he has the vast power of the government available to him; he must refrain from abusing that power by failing to act evenhandedly. These duties are not limited to criminal prosecutors: A government lawyer in a civil action or administrative proceeding has the responsibility to seek justice and to develop a full and fair record, and he should not use his position or the economic power of the government to harass parties or to bring about unjust settlements or results. (ABA Code of Prof. Responsibility, EC 7-14)

That is to say, a public prosecutor’s responsibility goes beyond winning a case – in fact, victory is hardly the goal at all. A public prosecutor’s civic and ethical duty is to facilitate justice respectfully and impartially. This is, unfortunately, not the brand of behavior that is displayed by prosecuting Deputy City Attorney Michael Weiss (see more articles at annekihagisf.com).

From the outset, this case has been a nasty one that reeks of fallacy and collusion. City of San Francisco v. Anne Kihagi hinges on allegations of construction without permits and tenants’ claims of harassment. Though a detailed document delineating the City’s plan was disallowed by Judge Bradstreet, one inspector testified to receiving direction from the City Attorney to investigate Kihagi “because she evicts long-term tenants.” In just these few reasons for pressing charges, it would seem that the prosecution does not have a focused case but is instead citing any qualm that might be detrimental to a landlord. This is later supported by emails among tenants casually saying, “Well at least we can also file a harassment suit.” To seasoned eyes and ears, this does not hold the tenor of an intentional, incident-fueled case; it reads more along the lines of someone trying anything and everything, just because they can.

As one tenant at Guerrero stated, “We are the only building [Kihagi] doesn’t frequent. I think it is because we have been filing the DBI Complaints.”

Through further examination of evidence, it becomes clear that most charges were baseless at best, despite a suspiciously involved gathering of evidence by the assigned prosecutor Deputy City Attorney, Michael Weiss. Emails from May of 2015 show the relationship between Mr. Weiss and tenant Dale Duncan as being beyond the scope of a truth- and justice-seeker. On May 17, 2015, Duncan wrote, “Hoping you can keep the pressure on Kihagi as we’re 30 days away from our eviction and planning on fighting it.” Four days later, Duncan again reaches out to Weiss, musing, “I see a building permit has been issued for Hill St. The unit vacated by Nick. Surprised the DBI would issue one … [sic] there is an open complaint out on building. Thought I should let you know.” Beyond the unsettling notion that this tenant is surreptitiously tracking permits in the city – presumably for any chance to provoke this warfare – it should also be noted that tenants’ plan from the start was to go above Kihagi’s head, never informing her of needed repairs.  Instead, tenants went straight to the DBI to create “records of violations,” even though they predated Kihagi’s acquisition of the buildings. These tenants had no issues with the previous repair requests until it became strategic to invent evidence for this makeshift case – and the City Attorney’s office took the bait to create the perfect storm, mandating the Building Department to investigate Kihagi and working with tenants to create violations. The words by Duncan could not be more indicative of this sinister plan “keep the pressure”.

Further exposing the motivation of the case, the Deputy Director of the Building Department (DBI) testified that his department never contacted the City Attorney’s office to investigate Kihagi. In fact, five inspectors testified in court on behalf of the Building Department, reporting that Kihagi responded as well as, if not better than, most owners in San Francisco and that the working relationship had improved for both parties. However, Judge Bradstreet was not moved by these inspectors who had actual knowledge of the buildings, rather choosing to rely on one inspector who had never visited the properties yet whose assessments resulted in an award of more than $1,250,000 to the city.

Further, DBI inspectors had been advised to seek permission from the City Attorney before issuing any permits to Kihagi. As these incidents again show, Mr. Weiss had involved himself in permitting and inspection while still serving as a public prosecutor, thus infringing upon conflict of interest standards without any ethical concerns.

Building inspector testimonies would indicate that the City Attorney was using the department as a vehicle to harass Kihagi. The Deputy City Attorney’s lack of regard for institutional processes, as well as emails with tenants like Duncan, exemplify the sinister nature of the case and the blurring of lines between responsibilities of the DBI and the City Attorney who ignores them.

The duty of a City Attorney is to protect, uphold, and ensure justice – a “duty of neutrality,” as earlier referenced, and a clear charge that is directly in conflict with the interference exhibited by Deputy City Attorney Michael Weiss. The potentially life-altering case of City of San Francisco v. Kihagi relies on fairness and truth, and by extension, a commitment to impartiality on the part of its government representatives.