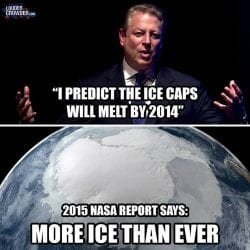 At times our schedules, job requirements, and family life distract us from critical issues needing attention. It appears a few Americans are at this point. Are we only seeing the fake shiny objects?

Many Americans are unaware the fake news media held an all-day marathon newscast about fake news. Unfortunately, it wasn’t about correcting their formerly fake news but to double down on their lies and Russian propaganda.

Yes, something stinks to high heaven, right? Who falsely believes all that America needs now is a sudden flood of more fake news?

Were Republicans invited to attend and participate in this marathon news event? Of course not. Were professionals with credentials about the topic invited? Of course not. Humm!

Most adults accept the reality that people normally have opinions. Along with that reality comes the truth that opinions are not always factual.

God gives us a brain to sort through the maze, right? The bigger point is questioning if Americans are failing to use what God has given!

Why does anyone attempt to coerce an opinion or decision down another’s throat? Isn’t this referred to as ‘having something up their sleeve,’ and it’s not their arm… more likely just ulterior motives?

The fake news television marathon event was intended to focus solely upon promoting Democrat Presidential candidate’s opinions. To qualify and attend, facts had to be left outside and none would be welcomed or permitted during their live Democrat Party advertisement.

Like most things Liberal, the event was founded on fake foundations producing more fake results. Today, they are all wondering why it was not a smash hit! Can we say, “Duh”!

So, what was the point of all this? Could it be the fake news knows Democrats are losing badly and they are attempting to plug the hole in the dam?

Was it a plan by the fake news media to replace the last hoax (Russia/Trump) with a new one and regain viewership? Oops, the ratings prove otherwise, right?

Of course, it could be an attempt to tell a lie long enough that some might become believers. Then again, does anyone believe viewers tuned in for 7 hours to listen to a bunch of obvious BS?

After just coming off the 3-year, 24/7 news cycle about Russia Collusion, most Americans are worn out listening to the insane and intense breathless hate speech spewed by the fake news.

Most already know the mantras of the Democrat Party… “Republicans and President Trump are racists, bigots, homophobes, sexists, and deplorables that love their Bibles and Guns.”

Wouldn’t it be wise to understand the news marathon is reinforcing the fact their mantras aren’t working? So, now what? Will there be even more opinionated news marathons?

If so, could we suggest holding another marathon on how stupid it is for President Obama to spend millions on a home on the ocean that will be destroyed in 7 years? How about another marathon teaching everyone how to take a hoax and become a billionaire like Al Gore and Tom Steyer?

President Trump has done more for America and Americans in months than Democrats have accomplished in decades! Blacks, Hispanics, Homosexuals, and Women are employing the #walkaway movement as they depart the Democrat Party in droves.

Global warming is fake news that is simply an inhumane hoax. The perpetrators have no shame and it is all about power and money – nothing to do with improving the lives of people.

To imagine anyone filled with such arrogance to believe they can alter the Moon’s orbit is astonishing. Only swindlers or innocent ignorant people could ever fall for this sort of BS.

So, if we listen to God’s word, confidence in America will be restored and life will move forward…

2 Peter 2:12-20 But these (leaders), as natural brute beasts (creatures of instinct animalistic), made to be taken and destroyed (caught and destroyed), speak evil (are blasphemous) of the things (details) that they understand not (just opinions); and shall utterly perish (suffer) in their own corruption (schemes and lies); And shall receive the reward (payment) of unrighteousness (evilness), [as] they that count it pleasure to riot (carouse and prey on innocents) in the day time.

Spots (stains) and blemishes, sporting themselves with their own deceivings (uninformed opinions) while they feast (party) with you; Having eyes full of adultery (no allegiance to Godliness), and that cannot cease from sin (commit sins upon sins); beguiling unstable souls (innocent victims): an heart they have exercised with covetous practices (fixated upon greed and power); cursed children (antics of a child): Which have forsaken the right way (righteousness), and are gone astray (the patch of sinfulness), following the way of Balaam [the son] of Bosor, who loved the wages of unrighteousness (dishonesty); But was rebuked for his iniquity (transgressions): the dumb ass (an animal unable to speak) speaking with man’s voice forbad (rebuked) the madness (craziness) of the prophet (leader).

These are wells without water (useless people), clouds that are carried with a tempest (whirlwind); to whom the mist of darkness (gloom and doom) is reserved for ever. For when they speak great swelling [words] of vanity (emptiness), they allure through the lusts of the flesh (human perspective), [through much] wantonness (greed), those that were clean (knowledgeable) escaped from them who live in error (sin).

While they promise them liberty, they themselves are the servants (slaves) of corruption: for of whom a man is overcome, of the same is he brought in bondage (where slavery is reality). For if after they have escaped the pollution of the world (politics of lies and deception) through the knowledge of the Lord and Saviour Jesus Christ, they are again entangled (fall from living a righteous life) therein, and overcome, the latter end (living in sin again) is worse with them than the beginning. For it had been better for them not to have known the way of righteousness, than, after they have known [it], to turn (become disobedient) from the holy commandment delivered unto them. But it is happened unto them according to the true proverb, the dog [is] turned to his own vomit again; and the sow that was washed to her wallowing in the mire (failing to be obedient to God is a massive mistake with awful consequences of God’s punishment).