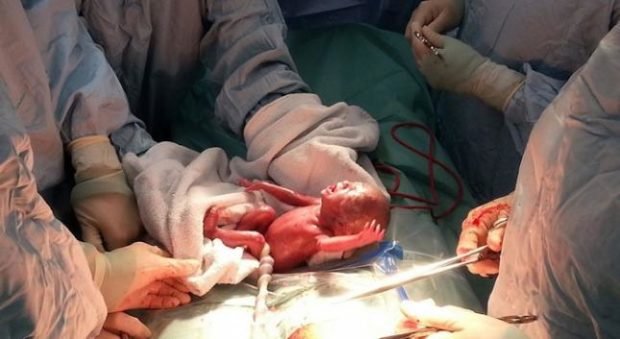 New Mexico’s House of Representatives passed a Pro-Abortion Bill that legalizes abortion in all 9 months of pregnancy, whether the life of the mother is at risk or not. The bill also forces doctors to perform abortions even if it violates their religious conscience and removes the requirement to consult parents when the mother is a minor.

40 House Members voted for the bill and 29 voted against it with 6 Democrats crossing over and voting against the bill.

The bill sponsored by State Rep. Joanne Ferrary the bill would repeal the statute which criminalizes except in cases of rape, incest or threats to the mother’s life, however, the law isn’t in effect because of Roe v Wade. It would go far beyond what is currently the law under Roe v Wade.

“It simply removes an antiquated law that criminalizes health care,” said Rep. Joanne Ferrary, a Las Cruces Democrat and co-sponsor of the bill.

Opponents, in turn, said the measure would go too far – that it would weaken safeguards that ensure medical providers can avoid participating in an abortion as a matter of conscience. They also assailed New Mexico as the late-term abortion capital of the country and said more restrictions, not fewer, are needed.

“Doctors in New Mexico don’t want to be forced to do this … to do something that sickens them,” House Minority Whip Rod Montoya, R-Farmington, said.

The state Senate, where Democrats have a 26-16 majority will vote on the abortion bill next and, if it passes, Governor Michelle Lujan-Grisham (D) will sign the bill into law.

New Mexico places no limits on late-term abortions and the bill would codify that into law.

“This bill is a Trojan horse backed by the national abortion lobby in order to establish abortion as a human right by removing so-called ‘religious refusals’ and turn every hospital, clinic and doctor’s office into an abortion clinic or referral center,” Elisa Martinez, executive director of New Mexico Alliance for Life, told Fox News. “HB-51 is the most extreme bill in the nation because it keeps elective abortion-up-to-birth, and also seeks to force medical professionals to participate in this practice by stripping away explicit conscience protections from the current statute.”

If, against the odds, Congress passes legislation that would, according to President Trump “prohibit the late-term abortion of children who can feel pain in the mother’s womb” then it would bring the Federal Government and the States on a collision course over one of the most divisive issues in the US.

Support Conservative Daily News with a small donation via Paypal or credit card that will go towards supporting the news and commentary you've come to appreciate.
Tags
abortion New Mexico Politics