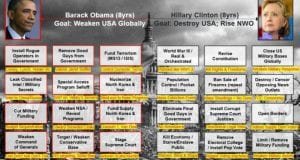 Evil billionaire George Soros’ dream is a one world government commonly known as the New World Order with the U.N.as the one government for the world. He has over 100 organizations around the world devoted to this ideology. Putin wants him dead or alive for trying to interfere with his government. Soros would like to see this happen before he ...

END_OF_DOCUMENT_TOKEN_TO_BE_REPLACED 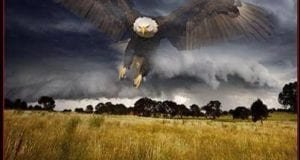 I am watching a series on the AMERICAN HEROES CHANNEL titled “The Revolution”, about the events and people that brought independence from England and established the united states of America as the greatest nation in the history of mankind. It saddens me to see the dedication to liberty of the founders and those who sacrificed so much being flushed down ...

END_OF_DOCUMENT_TOKEN_TO_BE_REPLACED

REPENTANCE WILL SAVE THE UNITED STATES: 2 CHRONICLES 7:14

REPENTANCE WILL SAVE THE UNITED STATES: 2 CHRONICLES 7:14 2 Chronicles 7:14, “if my people who are called by my name, will humble themselves and pray and turn from their wicked ways, I will hear them from Heaven and will forgive their sins and heal their land.” God spells out quite clearly how to restore our nation to its once ...

END_OF_DOCUMENT_TOKEN_TO_BE_REPLACED

The 2nd Amendment of our founding document, the Constitution of the United States of America, states: “A well-regulated Militia, being necessary to the security of a free state, the right of the people to keep and bear arms shall not be infringed.” It doesn’t say that people must belong to a state sponsored Militia to have this right because the ...

END_OF_DOCUMENT_TOKEN_TO_BE_REPLACED

EU Plutocracy on Verge of Collapse

DJ Redman November 12, 2011 Comments Off on EU Plutocracy on Verge of Collapse

Top Judge Puts the Brakes on Merkel’s EU Bailout Scheme/EFSF Expansion The EU plutocracy started coming apart at the seems back in September of this year, as Germany’s top Judge, Andreas Vosskuhle, head of the constitutional court, said politicians do not have the legal authority to sign away the birthright of the German people without their explicit consent. It is ...

END_OF_DOCUMENT_TOKEN_TO_BE_REPLACED

Maruice Strong and his Earth Charter crap came from Agenda 21. They intend it to be a new religion. A religion where men like himself and those in the United Nations control the entire world. The Earth Charter is intended, as Strong said, to be the new “ten commandments”. To understand the Earth Charter, first understand Agenda 21. an end ...

END_OF_DOCUMENT_TOKEN_TO_BE_REPLACED

Glenn Beck: America is Being Played !

Glenn Beck has predicted the Middle East crisis almost to a tee recently, and while everyone was calling him crazy for it months ago, no one seems to admit how correct he was today. Beck predicted that Egypt, Libya. Tunisia etc. would all be on fire due to civil unrest and what do we see today ? Beck predicted food ...

END_OF_DOCUMENT_TOKEN_TO_BE_REPLACED

George Soros is a threat the the American way of life.  This broadcast makes it more evident than ever.   Click HERE to listen to the streaming audio or right click on it to save it for later or your MP3/iToy.

END_OF_DOCUMENT_TOKEN_TO_BE_REPLACED

Democrats Discover that One-World Government Doesn’t Include Them

R. Mitchell March 20, 2011 Comments Off on Democrats Discover that One-World Government Doesn’t Include Them

The new World order and One-World governance: all countries participating in and living by the policies and rules of a single global government body. Recent history suggests that the United Nations is intended to be that governing body and Democrats in Congress just found out what that really means .. to them In considering the Presidents decision to attack Libya, ...

END_OF_DOCUMENT_TOKEN_TO_BE_REPLACED

Zbigniew Brzezinski could be called the Maurice Strong of Foreign Policy. While Strong used the UN and Global Organizations to advocate the need to redistribute wealth in the name of Global Warming/Climate Change, Brzezinski seeks to redistribute power to global organizations, or Global Governance. In all my reports I try to stick to mainstream or credible sources and focus on using the subjects ...