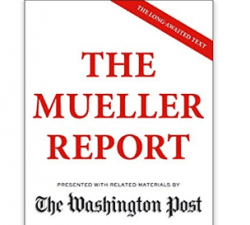 Russia, Russia, Russia yells the Democrats and media all day long, every day until our ears can’t take it any longer. Now we are learning it’s always been a lie and scheme perpetrated by Democrats and accomplices. America has always been a place where we celebrate and cry at an athletic contest, but now some are crying and making a jackass out of themselves over a political race? What’s with that? Where have our real priorities gone?

How is it possible for so many supposed ‘wise men’ living in a Judeo-Christian Nation be so fooled? Where o’ where are our church leaders? Why aren’t these leaders calling out the loud-mouthed political hack liars and shunning them? Could it reveal the churches are also accomplices, stupid, or no longer associated with Godliness?

Regardless, religions typically suck 10% out of our economy for their self-serving lusts. Why should these types of businesses gain such financial privilege?  We would have never thought negatively about any church in years past, but that was then and now is now. Is it time for Congress to reconsider favoring Religions for any reason since they are foregoing their primary mandates?

While America struggled with Russia, Russia, Russia and other political hoaxes; all of the above points were being propagated by conniving and mentally ill people. Godliness could never allow anyone to do this sort of thing. The lesson then seems clear that we must all stay focused upon Godliness if we are to remain a viable and successful Nation. Be aware of the Democrat’s plan  to divide and conquer…

“divide et impera” is cited as a common principle in politics by Traiano Boccalini in La Bilancia Politica. The use of this technique is meant to empower the sovereign (Elites) to control subjects, populations, or factions of different interests, who collectively might be able to oppose his rule.