ABC News posted a video on Twitter refuting Donald Trump Jr.’s claims that Google is biased, but our research shows that the president’s son has a point, but not exactly the one he was making.

Trump Jr. expresses a sentiment commonly held by conservatives who note that search results are heavily weighted towards left-leaning outlets and against right-leaning sources.

In a statement to @ABC News, a Google spokesperson says, "Search is not used to set a political agenda" https://t.co/4PhvkL0UvD pic.twitter.com/NWhehl6Bnj

ABC News took a statement from Google, to refute the claim that their search engine is biased against conservative content. 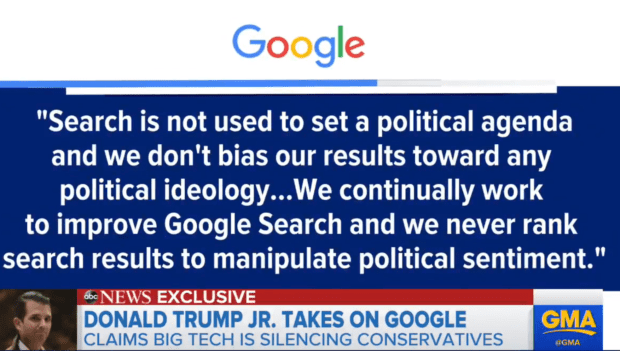 Really? I used Google’s home page to search some political terms and screenshotted all of the “top stories” and “top videos” results returned by Google. These would be the pages most likely visited by someone searching for similar terms. 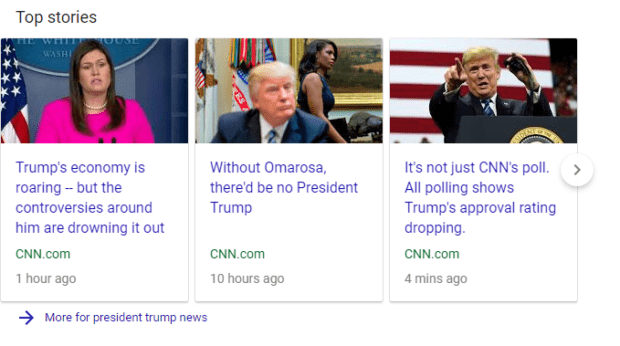 All CNN? The cable news network with the lowest viewership/ratings? Seriously? Even their website gets clobbered by FoxNews.com so why would Google feature only one network/website that isn’t even the most visited/watched?

Ok, maybe it’s just all the Trump derangement syndrome over at CNN that Google’s algorithm finds so attractive. What about… the press secretary? 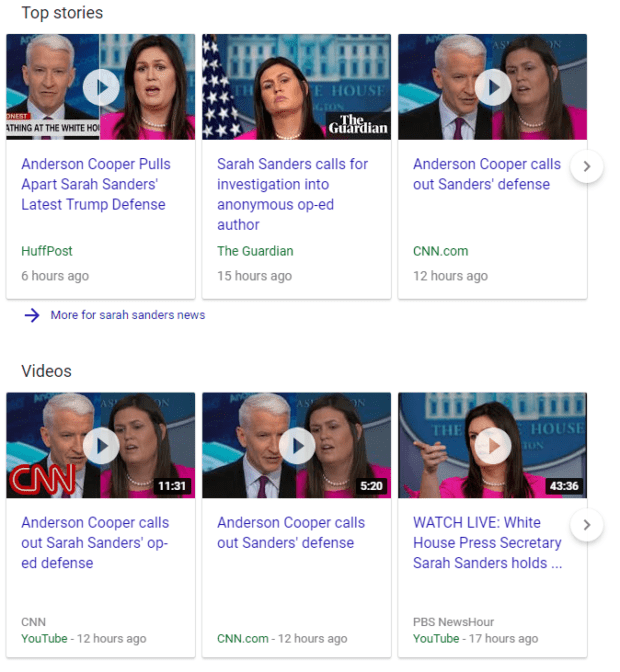 Well, CNN is only there 50% of the time, but it’s in good company … cuz HuffPost is all even-handed in its political coverage.

Maybe if I try a search not related to someone in the White House.. say… a conservative Senator? 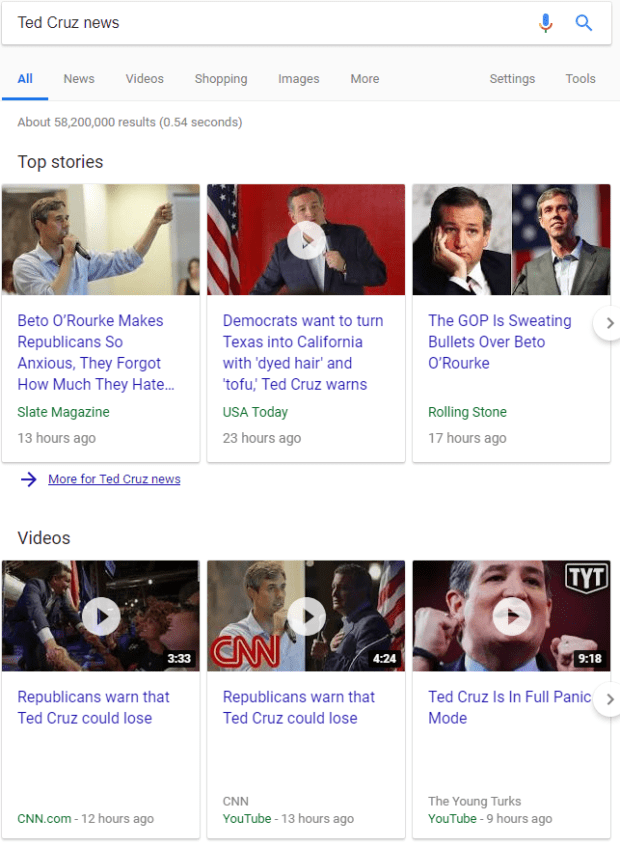 The fact that ABC News took the Google statement at face value and did ZERO work to test their claim, is evidence of bias in itself. I spent just 30 minutes doing a few searches to see if Google’s statement held water … it sort of does and sort of doesn’t.

Some of the results are likely because the left saturates the web with barely readable, anonymously sourced, hyperventilating weak sauce. You can just imagine the sweatshop of millennials at CNN, hunched over their keyboards, frothing at the mouth while they hammer out the latest red meat for their dwindling audience. Google’s algorithm might just be tuned to give more weight to the loudest sources, not necessarily the best – and their AI certainly has no journalistic ideals. Why not show the top stories from different perspectives? Reporters are supposed to present all sides of a story, although few do anymore, so that the reader can decide. An AI that only listens to angry screams or the loudest ones doesn’t seem very … intelligent.

So while Google can claim no outward ideological bent, the fact that its engine presents the outlets that scream the most over the ones trusted by readers the most – is still bias. The left’s tactics have always focused on the vocal minority, screaming the loudest, squeaky wheels and all that. Google rewards it.

Support Conservative Daily News with a small donation via Paypal or credit card that will go towards supporting the news and commentary you've come to appreciate.
Tags
Google media bias