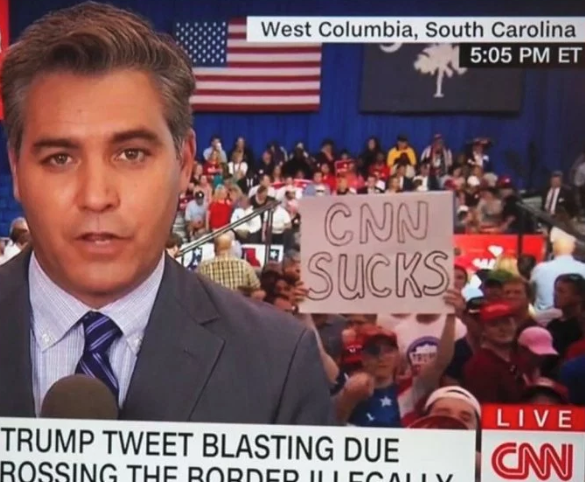 NRATV host Dan Bongino chimed into the debate about the “CNN Sucks” chants that arise at almost every one of President Donald Trump’s MAGA rallies, and after checking the numbers, he nailed it.

“To give you a sense of what’s happening right now, you can hear there is a chorus of boos and other chants at this Trump crowd here in Tampa, Fla. They are saying things like ‘CNN sucks,’ ‘go home’ and ‘fake news,'” Acosta said during a live report on Tuesday, July 31st.

“I mean, honestly, it felt like we weren’t in America anymore,” Acosta said. “I don’t know how to put it any more plainly than that.”

And Friday, after his tantrum during the previous day’s press briefing:

Acosta is clearly tired of hearing “CNN Sucks.” So why do people keep chanting it?

Mr. Bongino tweeted out the answer.

“If CNN would just stop sucking then we’d have no need to continue the ‘CNN sucks’ chant” he tweeted.

Sure, subjectively, most believe that CNN sucks, but what do the numbers say?

For this analysis, CDN pulled the most recent weekly cable ratings from Nielsen. 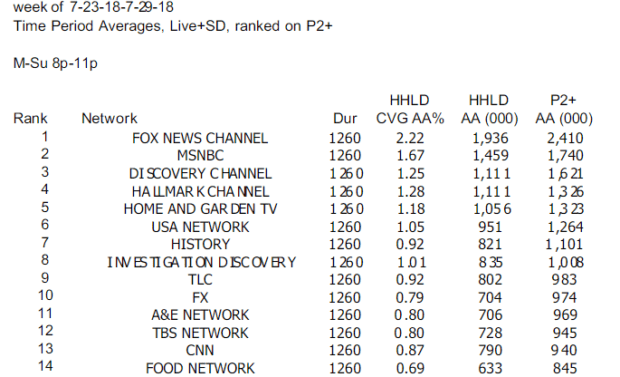 Ok, but that’s just prime time, what about the rest of the day?

Well, they suck less during the day, but that’s still pretty sucky. I promise there are ZERO executives at CNN that are proud that they lost to HGTV and The Hallmark Channel. 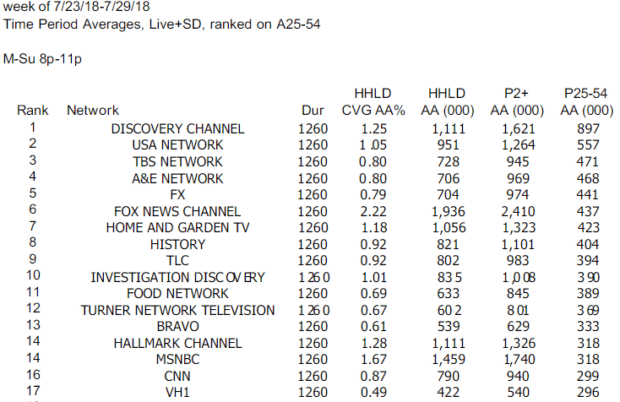 Well, that’s not better … at all. Fox News is still the most watched news network among viewers in the “prized” demo. But MSNBC (#15) and CNN (#16) did manage to beat VH1, whose most viewed shows include “RuPaul’s Drag Race”, “America’s Next Top Model” and “Love & Hip Hop.”

Things don’t improve much for CNN in the daytime 25-54 rankings. 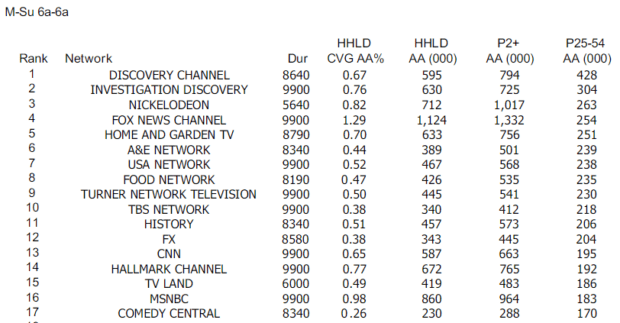 Yeah, if CNN wasn’t playing in airports, I’m not sure anyone would see it. #13 again, but this time they at least held off TV Land.

So, Dan Bongino is right. CNN does indeed suck both subjectively and objectively.

Support Conservative Daily News with a small donation via Paypal or credit card that will go towards supporting the news and commentary you've come to appreciate.
Tags
CNN Dan Bongino