I have been watching presidential elections since I was a little kid starting with Eisenhower and never have I seen such, vile, vicious, hateful language and attacks on a president coming from people who claim to be against hate and vile attacks as I have seen under Trump. Ever since their beloved Hilary lost it is as if their collective brains have been electronically altered into one mass hate fest.

The late-night so-called comedians aren’t even funny, they are just all hate all the time for Trump. All the media including newspapers and magazines are all full of hate for Trump. Much of it is not even truthful in fact most of it is fiction made up in their minds they think is the truth. They don’t bother to check their facts. If it’s against Trump they run with it. Case in point is when the so-called “shithole” controversy came up. They all blamed Trump for it and said he said it when he didn’t. It was actually Dick Durbin was the one who mentioned it and admitted it after he came out of the meeting saying he said the word “shithole” to see if Trump was racist or not, but CNN ignored that and went on blaming Trump for saying it.

They like to say Trump mocked a disabled person when he was not mocking him. He was just using hand gestures expressing a point. The media manipulated a picture of the person next to Trump to make it look like he was mocking him.

During a rally, Trump pointed out a reporter (Serge Kovaleski) who had backtracked on a story about people cheering after 9/11  and paraphrased the reporters backtracking as he impersonated a groveling reporter changing his story under pressure. While he did this, Trump moved his hands around quickly, acting flustered.

Soon thereafter, the media revealed still photos of Kovaleski with his right hand in a permanently flexed position downward announcing that he was disabled. The media then shifted from trying to defend their oversight of the 9/11 Post article and instead, with disapproving shocked outrage, accused Trump of mocking a reporter’s disability. Some liberals went even further and freeze-framed a millisecond of the Trump video at the exact moment when his hand went into a flexed posture. Then they dishonestly put this screen capture side by side with a picture of Kovaleski’s flexed hand. Thus, the photo spread like wildfire over social media with commentary condescendingly and horrifyingly excoriating Trump as a monster.

These same lib media are all against abuse of women in the ‘me too’ movement, but they sure abuse Melania with their hurtful words. Jimmy Kimmel mocks her accent, they say things like she is leaving him and he is abusing her when nothing could be further from the truth. Melania is a  lot smarter than Michelle was spending more time with Baron and doing her job as the first lady from inside the white house. You don’t always have to be out and about for her job.

If Melania was a Democrat and being treated this way the National Organization for Women be out criticizing them, but they aren’t for all women, just liberal women.

So-called “journalists” from The Atlantic and Rolling Stone speculated that Donald Trump beat her and that’s why Melania Trump was out of the public view since May 10.

But CNN’s Don Lemon and Brian Stelter were the most prominent cheerleaders for the fake news conspiracy theory that Melania Trump “disappeared.” Both devoted time on their shows to this nonsense.

Then Trump dropped the hammer on the media with two tweets.

The Fake News Media has been so unfair, and vicious, to my wife and our great First Lady, Melania. During her recovery from surgery they reported everything from near death, to facelift, to left the W.H. (and me) for N.Y. or Virginia, to abuse. All Fake, she is doing really well!

“The Fake News Media has been so unfair, and vicious, to my wife and our great First Lady, Melania,” he tweeted. “During her recovery from surgery they reported everything from near death, to facelift, to left the W.H. (and me) for N.Y. or Virginia, to abuse. All Fake, she is doing really well!”

…Four reporters spotted Melania in the White House last week walking merrily along to a meeting. They never reported the sighting because it would hurt the sick narrative that she was living in a different part of the world, was really ill, or whatever. Fake News is really bad!

“Four reporters spotted Melania in the White House last week walking merrily along to a meeting. They never reported the sighting because it would hurt the sick narrative that she was living in a different part of the world, was really ill, or whatever. Fake News is really bad!” the president added.

CNN knew this was fake news but promoted the conspiracy theory anyway.

The latest is now the media is trying to say that Sean Hannity is telling Mueller’s witnesses to bleach bit their subpoenaed phones and smash them with hammers. Another lie by the MSM.  Sean has been saying all along, as I have, how Hillary destroyed her 30,000 subpoenaed e-mails with bleach bit and had aids destroy 13 subpoenaed blackberry phones with hammers and took out SIM cards.  The media never reported any of that to protect Hillary. Sean was being sarcastic when he made that statement and anyone could see that he was being sarcastic, but that didn’t stop the destroy Trump media and destroy anyone who sides with Trump.  Here are a few of the headlines:

Never mind that this is what Hillary did. He was making a relatively obvious point: the FBI seemed just fine with Hillary Clinton’s team smashing emails, supposedly in keeping with government protocols, but they are meticulous about demanding encrypted messaging from witnesses in the Mueller probe. Now, this is ‘whataboutism’ of the highest order – the whole point of conservative anger about Hillary’s treatment is that she should have been punished for acid washing her emails and smashing her phones, not that Trump acolytes should now do the same. You can see Sean’s entire clip here:

What must be realized is the mainstream media has an agenda and narrative. All news must be either filtered or spun to fit that agenda and narrative. If that isn’t possible, they will make it up to fit, or flat out make something up as they did with this crap about the First Lady! In other words, the MSM isn’t in the news business. It is in the propaganda business for the radical left.  Just as Pravda was in the propaganda business for the Soviet Union Communist Party.

Earlier this week Sarah Sanders had a face to face discussion with Chris Cuomo over at CNN and really told him off but good on how they were not reporting anything good about Trump like the excellent economy and jobs report and more people working than ever before and more jobs available than we have people.

Meanwhile, Trump continues to keep his promises and making America great again. A strong jobs report released June 1 showed the U.S. with a seasonally adjusted 3.8 percent unemployment rate.  His handling of the economy brings his most positive job ratings, as a record 52 percent approve, while 41 percent disapprove. By lowering taxes and cutting almost 800 regulations things are moving along quite nicely. I doubt Hillary would have this great economy as she was for raising taxes such as the small business tax to 41%. Trump lowered it to 21% and she raising the minimum wage to $15 an hour that would cause massive unemployment and layoffs. Companies are now giving their employees $1000 bonuses and everyone should have more money in their paychecks due to Trump cutting the FICA tax.

The bottom line is the President Trump’s performance on economic issues, foreign policy regarding North Korea and restoration of America’s position in the world are enabling more people to publicly support him. As his successes are starting to pile up, even if his personal approval doesn’t increase because of social pressure from the Democrats and the media, he is still winning in the eyes of the American people. 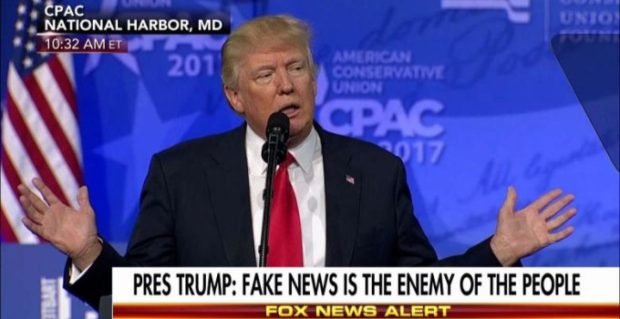