The Constitution protects a citizen’s speech and other forms of expressions from government abridgment, but it does not and cannot protect them from the hypocrisy of the left. 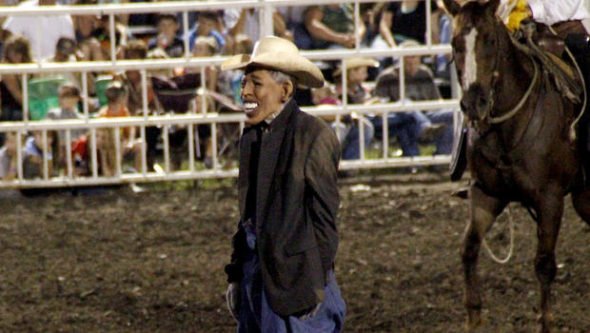 In August of 2013 a rodeo clown at the State Fair in Sedalia, Missouri, was seen wearing an Obama mask as part of his entertainment costume and all hell broke loose in liberal enclaves across the nation. There was no consideration of free speech, there was no talking about artistic expression, there was no doubting that this was pure racism, and there was a demand for the ousting of the clown from the rodeo circuit and that he be punished for his outlandish action. He was fired and banned from returning to the rodeo circuit.

But when the likes of Donald Trump is physically attacked and murdered in a leftist play, no one on the left had any real concern, they only looked at the artistic endeavor and blew off the seriousness of murdering a president for purely political reasons. Also, the assassination of George Bush was depicted in a movie made during his administration. There were no outcries, “buycotts’, “grab your wallet” campaigns or a list of people to go after on Media Matters for America. It appears that Democrats are intent on getting rid of those who are less than liberal, and one fears the time when one of these fools does in real life what they appear to be encouraging in the form of “art”.

Conservative media has been another target of the hypocritical left. George Soros-backed entities managed to get Fox News host Bill O’Reilly fired and then took a shot at Sean Hannity, another host on the same network. Sean fought back and Bill wishes he had done the same, but liberals were able to shut down a popular show because they disagreed with its message.

Liberals only believe in the freedom of expression when it suits their dangerous agenda.