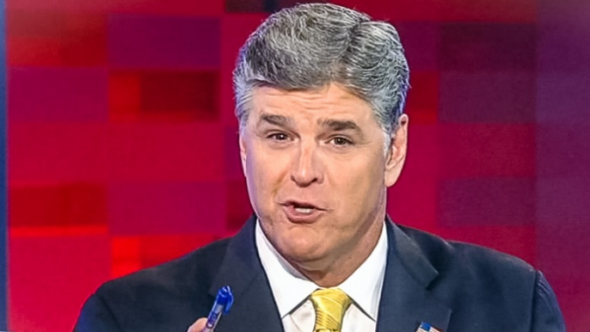 Media Matters for America started an avalanche of advertisers removing their ads from Hannity’s show. The Soros-funded left leaning propaganda outlet published a post (which I won’t link to) calling the host names and listing his entire cadre of advertisers in an obvious push to get readers to pester them until they pulled their ads.

Sean Hannity is a professional propagandist for President Donald Trump, as well as a bigot, a sexist, and a conspiracy theorist. As host of Fox News’ Hannity, he has used his platform to advocate for authoritarian tactics toward the press, defend Trump’s obstruction of the investigation into collusion between the president’s associates and Russia, and attack judges who have ruled against Trump’s Muslim bans. Below is a list of companies that have advertised during Hannity’s Fox News show since May 1:

‘Buycotting’ is a fascistic tactic intended to shut down opposing opinions. Because some liberal doesn’t like what O’Reilly, Carlson or Hannity has to say, they believe that no one else should have the freedom to hear it. To eliminate opinions they disagree with ‘buycotters’ email, call, tweet and otherwise badger advertisers into pulling their ads by threatening them with the loss of their business. If enough advertisers drop out, the cost to the network becomes great enough to consider cancellation of the show. Unfortunately for healthy discourse, the tantrums work.

Cars.com, Shari’s Berries, Casper, Crowne Plaza, Leesa Sleep, Peloton, Ring.com, and USAA have all announced that they are pulling their ads from Hannity’s show in response to the leftist outcry.

Cars.com said in a weaselly-worded statement that its decision to advertise on a show doesn’t indicate agreement or disagreement with its content.

“We don’t have the ability to influence content at the time we make our advertising purchase,” the company said. “In this case, we’ve been watching closely and have recently made the decision to pull our advertising from Hannity.”

Advertisers will likely renew advertising once the shrieking band of lib-kiddies gets bored. But none will face a bigger backlash for its pullout decision than USAA. USAA offers banking and insurance to veterans, active duty service members and their families – a population that will likely side with Hannity.

Some advertisers are ignoring the infantile left and view advertising decisions as business decisions, not social commentary.

Mercedes-Benz made a similar statement, saying that its “rule of thumb is that we do not pull our ads based on editorial content. Our feeling is that a variety of viewpoints is part of the natural discourse that takes place in a free media.”

Hyundai said it will be making no changes to advertising on the show in the near future.

MyPillow said it has no plans to pull its ads.

UNTUCKit said it will not be pullling its ads.

Several others said that they will stay put as advertising on a show is not an endorsement of its content.

Sean Hannity’s show is the number one show its time slot.

Support Conservative Daily News with a small donation via Paypal or credit card that will go towards supporting the news and commentary you've come to appreciate.
Tags
Media Matters for America Sean Hannity Seth Rich