Liberals are increasingly committing acts of violence demanding the overthrow or assassination of the president while simultaneously telling the right to calm their rhetoric.

Chronology of escalating violence from the left

Democrats claim that Trump colluded with Russia and stole the election. Therefore, he has no right to remain in the White House.

Violent leftist mobs take to the streets, protesting Trump’s election while burning and beating people as they yell insults at Trump and Republicans. 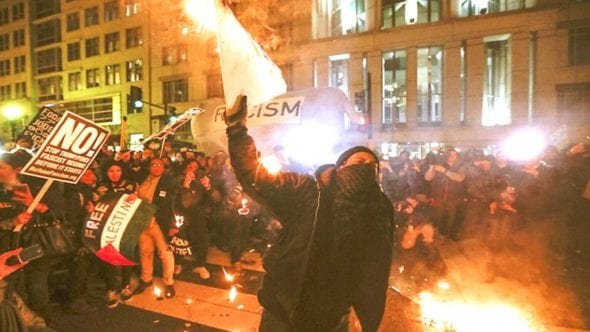 Democrats promote the idea of killing Trump to get him out of office, and this is called freedom of speech. They perform a play, a part of the Shakespeare in the Park” series, in which Donald Trump is stabbed to death, and call it artistic expression.

A radicalized follower of Bernie Sanders actually shot a Republican legislator, aide, lobbyist and Capitol Hill police officer in a park in Alexandria, Virginia, and Republicans are told to dial back the divisiveness and bad feelings.

Liberals Turn Up the Hate and Demand Republicans Tone it Down

Why is it that Republicans are physically attacked and then only they are expected to dial back the hate?

Sen. Sherrod Brown accused a reporter on Wednesday of practicing “fake journalism” for asking whether Democrats have played any role in using violent, partisan rhetoric in the wake of President Trump’s election victory last year. Brown, D-Ohio, told reporters in a hallway interview that President Trump has chosen to “divide and name call” rather than serve as “the healer in chief.” When asked by the Washington Examiner if Democrats have also played a role in dividing the nation with their heated opposition to Trump and the GOP, Brown called that “a false equivalency.”

The bad feelings and divisive discourse are only on the left because they lost the election and want their power back. Republicans and President Trump have nothing to “dial back” except the outrage at being hunted down and shot by the political left, while the left pretends to only want to get along. This situation is pure crap. 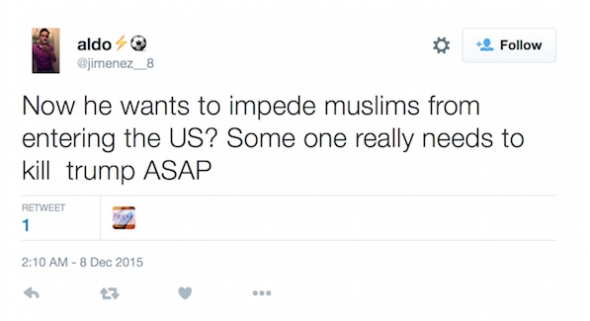 Support Conservative Daily News with a small donation via Paypal or credit card that will go towards supporting the news and commentary you've come to appreciate.
Tags
Antifa Shakespeare in the Park