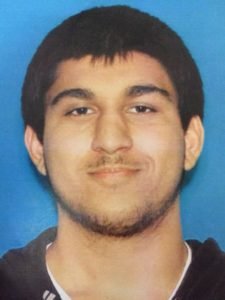 “I saw an individual walking northbound on the sidewalk and I instantly recognized that this is the person that I just viewed on my computer,” Hawley said.

Hawley described Cetin as being almost “like a zombie.”

“He was carrying a little leather satchel with a computer in it and that’s about it,” Hawley said. “He didn’t say much at all.”

Cetin immigrated to the United States from Turkey legally and has been granted permanent resident status. He graduated from an area high school in 2015.

The Seattle Times reports that Cetin has been in trouble with the law before. Arcan’s criminal record includes three assault charges for attacking his stepfather and drunken driving.

Last December a judge had told Cetin that he was not allowed to possess a firearm.

No motive for the murders has been determined.

Support Conservative Daily News with a small donation via Paypal or credit card that will go towards supporting the news and commentary you've come to appreciate.
Tags
Arcan Cetin Burlington Oak Harbor The Cascade Mall Washington