The FBI has joined Washington police in the search for a hispanic man responsible for killing 5 people at a mall in Burlington, Washington.

The victims included four women who died at the scene and one man that was airlifted to a local hospital where he later died.

The shooter walked into a crowded Macy’s just before 7pm on Friday and began shooting. It is not known if there is any relationship between the deceased and the murderer.

According to police, the suspect is a 20-to-30 year old hispanic male who used a long gun “similar to a hunting rifle” in the shootings at the Cascade Mall in Burlington, WA. The suspect is seen in the following images entering the mall without the rifle.

If anyone has information about the #CascadeMallShooting suspect, please call police 360-428-3211 or [email protected] pic.twitter.com/uN6a5AYixd

After the shooting, the killer walked away from the mall on foot and was last seen walking towards Interstate 5 just after 7pm.

Police now say that they have the rifle used in the murders, but are still searching for the killer.

“Tragedy has struck in Washington tonight. Our hearts are in Burlington where a shooter has taken the lives of at least four people,” he said. “Trudi and I send our condolences to the families of the victims and prayers for anyone injured. We urge residents to heed all safety and detour warnings. Stay close to your friends and loved ones as we await more information and, hopefully, news of the suspect’s capture.” 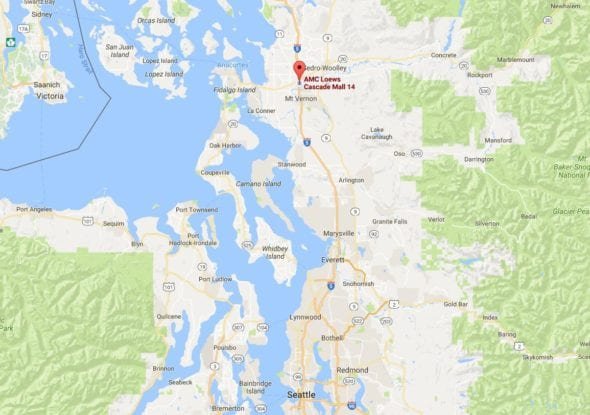 The FBI would only have jurisdiction if the event was believed to be terrorism or if the killer crosses the state border.

At this time, #FBI has no information to suggest additional attacks planned in WA state. Assisting with intel review & manpower #SkagitDEM

Support Conservative Daily News with a small donation via Paypal or credit card that will go towards supporting the news and commentary you've come to appreciate.
Tags
Arcan Cetin Burlington Murder Washington