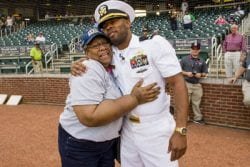 Yes, every year America normally celebrates our Moms. However, Democrats have successfully established a new trend in America whereby our Moms are being mourned. Democrats are knowingly and wittingly becoming accomplices to murder and destroying millions of American families.

Just imagine the depth of needless pain flowing across America on this Mother’s Day, because Democrats want illegal alien voters coming into our country more than they want to protect citizens. How many families do you know that won’t be celebrating Mother’s Day, minus their Mom, due to illegal aliens?

Since the Democrats took control of the House of Representatives, they have hung out a welcome banner for every evil sort of despicable character to come to America from around the world. Why? Only to vote for Democrats and take jobs away from the poorest of Americans. After all, the Democrats have to keep supporters on their welfare plantations, right?

By the way, they don’t just make illegals welcome, but they cloak them with all government benefits including free health care (paid for by US taxpayers). It’s obviously such an enticement that no foreigner could possibly refuse, so they have come by the hundreds of thousands.

Unfortunately, this magnet doesn’t attract only the good guys, but it sucks up terrorists, vagabonds, murderers, rapists, drug peddlers, child sex traffickers, gang members, diseased, and the scourge of the earth. That’s why his year, many Mother’s will not be with their families.

So, Democrats have taken a day normally celebrated by families and destroyed it. How does anyone celebrate when Mom is now in the grave? This normally fun-filled event has been turned into a somber memorial services.

The really sad part about all of this is the Republicans are sitting on the sidelines watching instead of passing laws to hold legislators, city councils, mayors, governors, and others involved in this despicable situation criminally liable for their failure to obey their oath of office to support, defend, and protect our Constitution.

It really makes most of us wonder if and when we will ever see an adult voted into office, right? Today’s politicians are obviously immature, inept, and lack any understanding of their purpose and constitutional responsibilities. By doing so, they are defrauding taxpayers and they must be held accountable. We cannot afford to keep turning a blind eye to their foolishness.

Instead, you’ll find Democrats in the hallow halls of Congress playing silly hearing games and eating chicken on taxpayer dimes. Then when one thinks it won’t get worse, they attempt to force our US Attorney General to break laws and impeach him because he refuses. It’s a very sick situation and someone must take control of the children’s playground.

Like, Rome, the Democrats are fiddling, mimicking juveniles, making jackasses out of themselves, defrauding American taxpayers, all while America is burning. Then they act surprised when only a handful of citizens turn out for their presidential hopeful rallies. Who wants to see more childish stupidity on parade? Their mantra is now, “We will give every voter a lollipop!”

It’s so obvious that whatever Democrats touch, it turns to sh*t. They have no plan to take America forward. Instead, their leaders say America needs to go backward. They can’t wait to get Black unemployment back to the high levels during Obama-Biden eras.

Democrats lie about everything – even when it would be to their advantage to be truthful. They make mountains out of molehills. Worse yet, they refuse to accept opposition to their socialist ideologies due to their lusts for power and money.

Either someone with a big stick or a mental health professional is going to eventually have to take control of the Democrat Party or it will cease to exist. America is no longer going to take it.

Let’s then join in prayer and support our Moms this Mother’s Day by pledging to celebrate next Mother’s Day with all of the American accomplices to murder being placed on trial. People like Pelosi, Schumer, Nadler, Schiff, Romney, Sasse, Ryan, Barrasso, Burr, Perez, Sanders, Durbin, Cohen, Waters, Green, Lee, Cortez, Omar, and any other government or political party officials failing to protect American citizens.