After Alabama passed the Alabama Human Life Protection Act, a buzz began on social media regarding the issue of pro-life versus pro-choice. Often I have seen the claim that abortion revolves around women’s rights to their own body, which is, in fact, the reason that many of my own friends are no longer talking to me. Scientifically and logically speaking, the termination of pregnancies is not a matter of autonomy.

It is important to delineate the pro-life position as a position of ethics and constitutional law rather than one of women’s rights. There is an abundance of scientific evidence showing that a fetus is in fact it’s own human organism, disproving the notion that abortion is a matter of autonomy. This includes statements from the American College of Pediatricians, the Charlotte Lozier Institute, and Princeton University, concurring that life begins at conception. We must then view it through a philosophical lens, questioning whether it is ethical to end the life of a fetus. We see through the works of John Locke, Thomas Jefferson, and many other early philosophers and founding fathers that the natural rights of a person — constituting of life, liberty, property and the pursuit of happiness —  can only be removed from that person after due process. Further, our western society views homicide of an innocent person as unjustifiable and immoral; therefore the termination of an innocent baby without due process should not be allowed.

Taking a step away from the ethical and philosophical lens, we can now view this issue as a constitutional matter. As many Americans are aware, Roe v. Wade (1973) was the landmark case which set the guidelines of abortions as it relates to constitutional law; it was later upheld by Planned Parenthood v. Casey (1992), though the provisions in Casey were modified. These decisions ruled, under the doctrine of substantive due process, that any law regarding the termination of pregnancies must be held under strict scrutiny — the highest standard of judicial review — and that the right to abortion was protected under the Ninth Amendment, the Fourteenth Amendment’s Due Process Clause, and under the right to privacy as defined in Griswold v. Connecticut (1965). Their ruling, however, was fallacious.

Notwithstanding the due process claims I mentioned earlier regarding natural rights, we see a whole new issue with the Fourteenth Amendment. In Roe, the Supreme Court opined that it is against the Due Process Clause in the Fourteenth Amendment to force a woman to carry a child and bear the repercussions of birthing that child; however, due process is not involved in these repercussions, as no “life, liberty, or property” is being deprived by the government, and it is the responsibility of the parents to either prevent the child’s conception altogether or to raise that child. Moreover, the issue with the Ninth Amendment does not stand either, as neither the Founders, early philosophers, or any early documents used to interpret American Jurisprudence include the right to terminate a pregnancy as a natural right. In fact, even author of the Court’s opinion in Roe Justice Blackmun recognizes “that the right, nonetheless, is not absolute and is subject to some limitations; and that at some point the state interests as to protection of health, medical standards, and prenatal life, become dominant. We agree with this approach.” Since the publication of this opinion, many legal scholars have criticized its findings as “not constitutional law” and a form of judicial activism, including John Hart Ely in the Yale Law Journal and Professor Laurence Tribe of Harvard University.

After all the evidence is presented, one thing is clear: the argument of abortion lays on the matters of ethics and constitutional law as opposed to women’s rights to their own body. Frankly, upon examination of ethical theories and American legal principles, we see that abortion is not a right which must be upheld by the government. 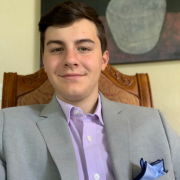