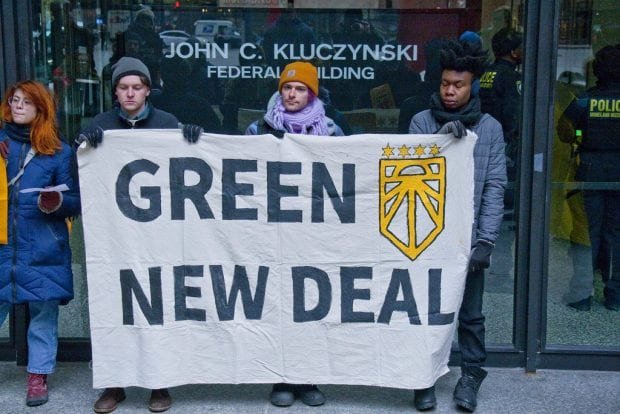 President Trump is moving America forward with fresh ideas, long-term plans, and initiating orders to make America great again. His successes are indisputable. Jobs are plentiful. Unemployment is at historical lows. Black and Hispanic unemployment at the lowest levels, ever. Manufacturing jobs are returning to America. America is now energy independent. Incomes are growing for all. Opportunity is knocking on every street corner. The accomplishments go on and on with seemingly endless plans to keep making America even greater.

Contrarily, the Democrat’s primary focus is to impeach President Trump, taking away or denying US Citizens constitutional rights, and providing non-citizens everything – free educations, welfare, medical care, voting rights, and child care. Such crazy ideas do nothing for voters making Democrats unworthy of any citizen’s consideration. It’s déjà vu when Democrats only offer “tax and spend” policies. They haven’t worked in the past and they are not going to work now that Americans finally have a leader listening to voter needs and providing them with what they want.

Yes, the Democrats have many opportunities to become a player in 2020 elections, but they are choosing to be deaf and turning their backs on citizens. Their solution is not a pro-American stand that invigorates voters. Instead it can now be comfortably said the Democrats have become a party of “non-citizen” focus.

To make things even worse, they are now focusing upon giving birth to a new Democrat platform – Socialism. Most Americans learned from history that Socialism doesn’t work and has never worked. Socialism is an unrealistic theology – not a political platform, whereby a few elites become wealthy and powerful while the rest lose everything – including freedom. Voters will not accept Socialism – ever!

As tragic as it seems, ruling America with an iron fist is now the Democrat’s only goal. It’s not a new idea for Democrats as it’s been their dream for as many years as one might recall. Are we educated enough to remember their efforts to employ the KKK to control those not willing to worship their religious dogma?

Do we remember Robert “KKK” Byrd (D) a major Democrat leader and member of the Senate from 1959 until 2010? He held one of the highest offices within the KKK organization. Hillary Clinton was proud of him and frequently proclaimed he was her mentor. At his funeral, the media and other politicians mourned his loss and toasted him as being a great American. Even one of the current Democrat Presidential hopefuls, Joe Biden, tried to gain Democrat’s attention by bragging he was from the “slave state” of Delaware.

Let’s also not forget Senator Al Gore, Sr. (D), US Senate January 3, 1953 – 1971, who voted against the Civil Rights Act. Al Gore Sr. (D) took this anti-Black effort a step farther by participating in a 74-day filibuster to delay and weaken the legislation. Al Gore Sr. (D) proposed an amendment to the Civil Rights Act that would have kept federal funds flowing to schools that defied court desegregation orders. 23 other Democrats voted with him.

No, it didn’t stop then and it won’t ever stop as long as their mindset remains. They demand Black voter loyalties, or else! Every four years, Democrats run horrific ads about how Republicans are going to enslave Blacks, persecute them, and put them in chains. Of course, the hypocrisy is it’s exactly what the Democrats do.

If this isn’t enough, Democrats then took their next leap to control people of color by teaming with a renown racist, Margaret Sanger, to develop Planned Parenthood. This plan eliminated the need for burning crosses, secret meetings, wearing white sheets, and publicly admitting their disdain for people of color. All accomplished under the subterfuge of “women’s health care.” This election cycle now takes this sickness a step further to include murdering alive, breathing, newborn children.

So, what’s next for the Democrat Party? For sure, this Presidential race will become a race where President Trump will only lose because of President Trump. Democrats will not be able to win on their own merit.

Elections for the House and Senate will also turn Republican since no local Democrat candidate will embarrassingly support or praise the current leadership insanity. As a Democrat candidate, these are but a few of the current mandates they will have to support and convince their family, friends and neighbors:

Line up the people and try to get a vote running on this agenda and your work is cut out for you. Lots of luck!