With millennials increasingly being seduced by the siren song of socialism that has been promoted by crazy Bernie Sanders, the future of America is in very serious jeopardy if the roots of this failed ideology are able to take hold.

According to a recent report from The Victims of Communism Memorial Foundation, 44 percent of millennials have embraced socialism showing their ignorance of history and gullibility.

According to the organization’s blog:

This year’s centennial anniversary of the Bolshevik Revolution has caused many to reflect on communism’s place in our collective memory. It has been a full century since Vladimir Lenin’s Bolsheviks seized power in Petrograd and communism made its bloody debut on the world stage. Authors, activists, and politicians alike are asking the question: what has America learned from one hundred years of communism?

The answer? Apparently, not much.

When the Victims of Communism Memorial Foundation published our inaugural survey on American attitudes toward socialism and communism last year, the results revealed some disturbing trends in American society.

We discovered a rampant amnesia about the crimes of communist regimes and a growing inclination among younger Americans toward favorable views of communism and socialism.

This week we completed our second annual study, tracking how opinions about communism among Americans have changed since 2016. The results are not encouraging.

The significance of this finding cannot be overstated—as of last year, Millennials surpassed Baby Boomers as the largest generational cohort in American society.

The largest generation in America would prefer to live under socialism or communism than under a free market system that respects the rule of law, private property, and limited state intervention. This finding is coupled with the fact that, despite Millennials’ enthusiasm for socialism and communism, they do not, in fact, know what those words mean.

The anti-Trump Resistance and its mass protests are a perfect incubator for a mutated form of communism that will eventually evolve beyond women’s marches, anti-gun rallies and protests for racial justice. These young people are not the sharpest tools in the shed and are especially susceptible to propaganda and the promises of free stuff as preached by Comrade Bernie.

In a normal period of American history, these elements would be relegated to the fringes but now even the mainstream media is promoting the idea that socialism is an idea whose time has come.

On Tuesday, the WaPo featured a column by Elizabeth Bruenig entitled “It’s time to give socialism a try” in which the author writes:

In the United States, we’ve arrived at a pair of mutually exclusive convictions: that liberal, capitalist democracies are guaranteed by their nature to succeed and that in our Trumpist moment they seem to be failing in deeply unsettling ways. For liberals — and by this I mean inheritors of the long liberal tradition, not specifically those who might also be called progressives — efforts to square these two notions have typically combined expressions of high anxiety with reassurances that, if we only have the right attitude, everything will set itself aright.

Hanging on and hoping for the best is certainly one approach to rescuing the best of liberalism from its discontents, but my answer is admittedly more ambitious: It’s time to give socialism a try.

Now that one of the nations’ most widely cited newspapers have officially floated the trial balloon of eliminating capitalism and transitioning to a system that has produced some of history’s biggest monsters and greatest atrocities, look for the idea to begin to cross-pollinate throughout the media.

Are liberals so desperate to regain political power that they would cast their lot with socialism? 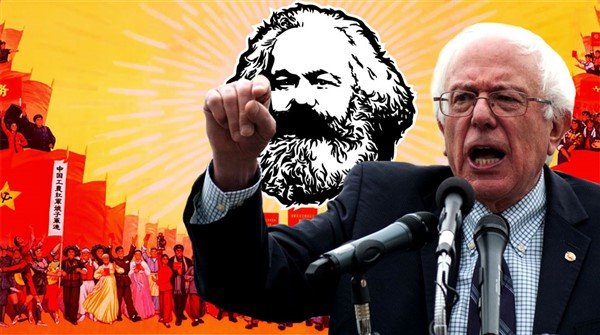 Support Conservative Daily News with a small donation via Paypal or credit card that will go towards supporting the news and commentary you've come to appreciate.
Tags
Bernie Sanders Communism Democrats millennials socialism The Washington Post