‘The opposition, if they are loyal, needs to
show solidarity for the needs of the nation’

WASHINGTON, DC, June 16 – “It turns out that passing legislation has taken a back seat to a coordinated attempt to disrupt the legislative process as a means of attacking President Trump,” according to Dan Weber, president of the Association of Mature American Citizens.

“Now, it appears, the hatred spreading among liberals in Congress who seek to sow discord and dissension against the duly elected president is spilling into the streets.  It was widely reported that a would-be killer may have been hunting Republicans when he attacked Congressmen at a baseball field in the DC suburb of Alexandria, VA on Wednesday.  Four people were wounded, including Louisiana Representative Steve Scalise, the Majority Whip of the House of Representatives.  He and his Republican colleagues were practicing for an annual Congressional baseball game when the shooter attacked,” Weber said in a statement.

He said the recent spate of hearings seeking to find collusion between the Trump presidential campaign and Russia is a “distraction” whose real purpose is to slow the administration’s agenda including a new health care law and tax reform.  The Alexandria shooting may have been “an unanticipated consequence of the hate with which Trump’s opponents are going about their mission.” 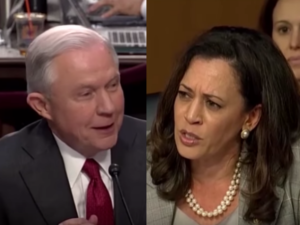 The latest hearing took place earlier this week and the focus was on Attorney General Jeff Sessions.  The AG became visibly annoyed at the manner in which he was being grilled.  One liberal Senator after another sought to link the campaign and Sessions to Russians.  Finally, he raised his voice and called the unfounded assertion that he had clandestine links to Russian officials an “appalling and detestable lie.”  It is interesting to note that not one of his detractors provided a shred of evidence to back up the allegation.

Weber said, “Democratic lawmakers are supposed to be the loyal opposition.  But on more than one occasion they have blatantly come clean about their deliberate attempts to undermine the Trump administration by any means at their disposal.  House Minority Leader Nancy Pelosi and other liberals in Congress seem upset that the president is doing the job he was elected to do.  She was direct and to the point when she told her liberal colleagues that if he continues to do the will of the people who elected him ‘there is nothing Democrats can work with him on’.”

In other words, Rep. Pelosi issued a clarion call to “disrupt, disrupt and disrupt some more,” according to the AMAC chief.  He said that the Senate’s Minority Leader, Chuck Schumer, is no better.  “Instead of compromise, he has repeatedly taken a ‘drop dead’ attitude toward his Republican colleagues in the upper house and the president.”

Weber admits that Republicans, in general, were not very fond of President Obama during his tenure.  But, he says, they treated him with the respect he was due although they disagreed with him on numerous issues.  “There was none of the spiteful and disruptive activity that we are seeing today.  It’s hostile and mean spirited at best and a show of absolute hatred at worst.”

Recently the Washington Examiner reported in an editorial that the Democrats are putting party politics ahead of the interests of the American people.  “It began when Rep. John Lewis [D-GA] and nearly 70 other Democrats boycotted President Trump’s inauguration.  Ever since, there’s been a steady stream of protests and posturing, outrage, and obstruction, accompanied by incessant fundraising, by Democrats who claim Trump is, to quote Lewis, ‘not legitimate’ and has no right to govern.”

No one can argue that Donald Trump was not duly elected President of the United States last November, noted Weber.  “They can lament the fact that Hillary Clinton was shunned at the polls because ‘she had nothing to offer,’ as many pundits have argued.  But, once President Trump took up residence at the White House his opponents were duty bound – for the sake of the nation – to accept the fact that his administration would steer the ship of state and needs their help.  This does not mean they have to agree with his positions, but it does mean that they need to contain their personal animosities and let him get on with his duties.”

Warren Buffett, who backed Hillary Clinton last November, pointed out in an interview shortly after the election, that: “we need a country united.  He [Mr. Trump] deserves everybody’s respect.”

Weber praises Buffet’s attitude and calls on the American people to take his advice and put partisan politics aside.  “We live in dangerous times.  We need a united front if we are to confront terrorism and the threatening machinations of rogue nations such as Iran and North Korea.  We need to be undivided in purpose if we are to restore jobs, improve the economy and provide a rational approach to health care.  We need positive and productive input from both sides of the aisle to resolve the problems and issues the country faces; not hateful, disruptive speech.  And, no matter what party our lawmakers belong to, the opposition, if they are loyal, needs to show solidarity for the needs of the nation.”

Support Conservative Daily News with a small donation via Paypal or credit card that will go towards supporting the news and commentary you've come to appreciate.
Tags
AMAC Dan Weber