Most politicians identify themselves based upon an ideology. Occasionally one comes along, however, who defies ideological bounds and self-identifies their political predisposition based upon other factors. Our 45th president, who has never been a politician, yet is one now by virtue of his campaign and subsequent election, is neither a true conservative, nor a true liberal.

Political ideologies are comprised of the philosophical convictions of their adherents. An ideologue, politically speaking, is one who fairly rigidly adheres to a certain collection of ideals and principles. Depending upon the political and historical context of the time, those are fairly roughly identified along the political spectrum, left to right, from liberal to conservative, simplistically speaking.

The historical context is critical to political ideologies. Those who were considered “liberals,” for example, at the time of America’s founding, articulated, espoused, and codified their revolutionary principles defending life, liberty, and property, in our founding documents. Today, those most ardent in defending those inalienable rights, are classical-liberals, or as they are colloquially referred, “conservatives.”

President Trump has not been fervent or grandiloquent in defending those fundamental precepts of the republic. He does, however, advance the concept of how critical the Constitution is to the country. This is likely based on his own business experience, rather than an ideological purity, since the Constitution is arguably the social contract between America’s government and her citizens. And as anyone knows, who’s had anything to do with the business world, the wording of contracts is to be clear, concise (as possible), and precise. Words have specific meanings, they are not to be loosely interpreted based on nuance, societal changes, or ideologically motivated interpretations. 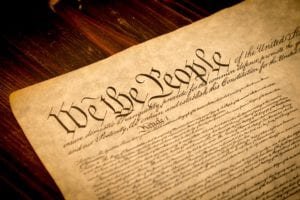 Trump understands contracts, and the criticality of their wording. That’s likely why he was so adamant in his nomination of a strict constructionist for the Supreme Court. Neal M. Gorsuch is a judge who has historically interpreted the Constitution based on what it actually says, rather than what he may wish it says, as so many of the “living constitution” jurists are wont to do.

During the campaign, candidate Trump repeatedly referred to himself as “A practical conservative,” or a “common sense conservative.” When one self-identifies using traditional ideological terms, with an added qualifier, there’s a clear signal of outlier convictions beyond the traditional appellation. In this case, the “practical” qualifier portends divergence from traditional “conservatism,” that may at times prove problematic to traditional conservatives.

So far, however, there has been little sign of divergence. The one notable exception, at least thus far, has been his ill advised support of the first legislative attempt to repeal and replace Obamacare. The bill was deeply flawed, retaining the mandates and penalties, which meant it would not technically, or even theoretically, qualify as a repeal and replacement bill. This could be a problematic portent if he’s willing to compromise so much to keep a campaign promise.

On other issues, he’s historically shifted his position on issues that are hallmarks of a conservative ideology. For example, as ardent as his rhetoric has been against illegal migration, it may surprise some to realize that in 2012 he sharply criticized then GOP candidate Mitt Romney for being “too harsh” on illegals. Yet Mitt’s plan was much softer than candidate Trump’s plans were.

If his position has changed solely for the sake of tapping into the national frustration over illegal migration to garner votes last November, then it was a purely political decision. If, however, it was based on the data indicating the costs of education, welfare support, and the adverse effect on the job market, and criminal activity, it could well be more a matter of economic pragmatism. His comments over the past year on the issue indicate it’s more likely the latter.

With regard to prenatal infanticide, colloquially referred to clinically as abortion, Trump is far from ideologically driven, as he’s historically been on both sides of the issue. In 1999 he proclaimed that he was “very pro-choice,” and said he wouldn’t ban partial birth abortion. By 2005, however, he had totally changed his perception. As he has explained it, “Friends of mine years ago were going to have a child, and it was going to be aborted. And it wasn’t aborted. And that child today is a total superstar, a great, great child. And I saw that. And I saw other instances. I am very, very proud to say that I am pro-life.” 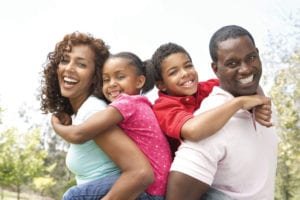 Of great concern to traditional conservatives is the perceived cultural assault on the nuclear family, the apex of which was the Supreme Court ruling on same sex marriage. Trump has said he’s personally against it, but has conceded that it’s now the “law of the land.” His practicality on the issue is further evidenced by a comment he made last August, when he said, “Some people have hopes of passing amendments, but it’s not going to happen. Congress can’t pass simple things, let alone that. So anybody that’s making that an issue is doing it for political reasons. The Supreme Court ruled on it.” Pure pragmatism.

With regard to Social Security and Medicare, Trump has said he won’t do anything with the programs, even though they require significant statistical and monetary overhaul to ensure their viability for the future. As he has explained, “attempts to touch these programs will end in electoral defeat.” In this case, it’s a pragmatic decision, but based on politics, rather than what’s best for the country and the future of those critical programs. Economic realists won’t like it, but his observations are likely spot-on, from a practical standpoint.

Another digression from traditional conservatism is his adamant support of tariffs on foreign goods that adversely affect certain sectors of the economy, such as his reaction to Canada’s dumping of cheap lumber in the U.S. market, proposing a 24% tariff on Canadian lumber. Anyone with a modicum of economic literacy understands how certain sectors may benefit from such anti-free trade policies, but also sees how adversely tariffs impact consumer prices, which affects everyone. While certainly not an ideologically motivated position, the pragmatism is myopic since the benefits are significantly overshadowed by the drawbacks.

The tax plan unveiled this week is pure pragmatism, from one who is convinced the economy needs to start growing again. He proposes dropping the top tax bracket to 25%, reducing the capital gains tax to 20%, eliminating the death tax, and reducing the corporate rate to 15%. While this may sound ideologically motivated, there is ample practical evidence supporting such a reduction. When John F. Kennedy’s tax cuts went into effect, economic expansion doubled and treasury receipts more than tripled over the next ten years. 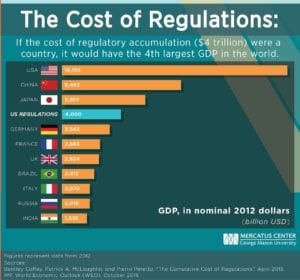 And finally, with regard to government regulation and control of the economy, Trump is purely pragmatic. Just a few years ago, before Obamacare was fully implemented, President Obama’s SBA Director testified before congress that the cost of government regulation on small businesses (under 100 employees) amounted to over $10,600 per employee, per year. Again, anyone with a modicum of economic literacy can discern the pejorative impact those costs have on economic expansion, efficiency, and cost containment. He has ordered federal agencies to eliminate two rules for every new one they come up with, and has used his “pen and his phone” to purge several Obama era regulations.

Thus far, most of Trump’s policies and intentions have conformed significantly with traditional ideologically conservative positions, but it’s based on empiricism, or at least a businessman’s understanding of what works and what doesn’t. It’s obviously not based on ideological conformity or alignment. It’s unsurprising that his pragmatism aligns more with conservative convictions, since they’re based more on what does or doesn’t work, rather than what sounds good, or makes some “feel good,” catering to certain segments of the electorate.

This pragmatic approach to governance is a welcome reprieve from the identity politics and leftist ideological underpinnings to everything done by the previous administration. But since his approach is based on his perceptions of what does or does not “work” for the country, he’s likely to ruffle some feathers on both ends of the political spectrum, as his practical approach lacks the ideological orientation typical of a Washington insider, which Donald Trump clearly is now.

Support Conservative Daily News with a small donation via Paypal or credit card that will go towards supporting the news and commentary you've come to appreciate.
Tags
abortion Government Regulation Political Pragmatism