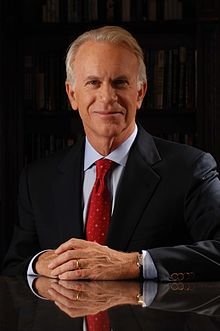 G.W. Bush executive director James Glassman has thrown his hat into the ring for Hillary as the only way to save the Republican party. His New York Times  (yeah, that’s a bastion of conservatism) article assumes most of us are focused on saving his party …

I’m voting for Mrs. Clinton because, despite her deficiencies, she will make a better president. But I have another reason. Defeating Mr. Trump soundly will help save the Republican Party.

Save the GOP? Uh, we’re a bit busy trying to make ends meet after Republicans failed to stop Obamacare, repeal Obamacare, replace Obamacare or in any palpable way limit Obamacare.

We’re trying to save our overwhelmed small businesses from the government over-regulation and over-taxation that Republicans have failed to reign-in or remove.

We’re kinda’ busy keeping food on the table after years of the crappy economy we’ve been living in.

We have not seen any reductions in the national debt.

We really aren’t interested in saving a party after it has failed to accomplish much of anything for everyday people in the last few decades!

Americans aren’t going to go to the polling places to cast a vote based on how many elitist, establishment politicians they can save – it’s quite the opposite this year.

Mr. Glassman, we aren’t going to vote for Hillary and allow her to pick between 1 and 4 lifetime appointed supreme court justices. We understand and value our freedoms much more than you do –  apparently.

We aren’t going to vote for Hillary to save a bunch of establishment politicians that aren’t willing to use the power of the purse to accomplish the goals for which they were elected.

We are NOT going to vote for Hillary … at all! Get over yourself.

We are hard-working Moms and Dads, soldiers, sailors, airmen and marines. We are factory workers, law enforcement officers and firefighters. Mr. Glassman, we are not Republicans first and Americans second as you would suppose. No sir, we are Americans first who sometimes caucus with the Republicans. DON’T EVER FORGET THAT!

If you vote for Hillary Clinton to “save the Republican party” you are voting yourself into a life of slavery by means of debt, regulation and a lack of representation. Feel free to vote that way if you like Mr. Glassman, the rest of us are apparently a little smarter than you.

Support Conservative Daily News with a small donation via Paypal or credit card that will go towards supporting the news and commentary you've come to appreciate.
Tags
2016 Election News Hillary Clinton