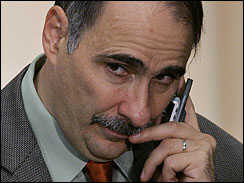 Watergate was a “cover-up” of a group of over zealous Nixon administration officials hiring 5 men to burglarize  the “Watergate” building where the DNC offices were located. Wiretaps and burglarizing the Democratic National Headquarters were the crimes.  This to date, is the biggest scandal and “cover-up” of modern politics.  It pales in comparison to the “Benghazi-gate” cover-up.   Four fellow Americans are dead, and the White House’s “official” statements following the attacks were lies .  Veteran Political “Operative”, for the Obama Administration, David Axelrod took to the airwaves Sunday October 14, and Fox’s Chris Wallace attempted to hold his feet to the fire.  Yet, we are left with the same questions.  From that interview we  learn just what Veep Joe Biden was talking about in regards to his explanation on Benghazi:

WALLACE: But, David, just the day before, several State Department officials testified under oath that there were repeated requests for more security that were rejected. What is the vice president talking about?

AXELROD: I think the vice president was talking about what the White House knew. There are embassies all over the world and installations all over the world, and these requests go into the security professionals at the State Department. And there is no doubt, some of these matters went into the security department at the state security agency at the State Department. But it didn’t come to the White House and that what is the vice president was responding to.

He’s just talking about himself and the president?

AXELROD: No, I think, Chris. Again, he was talking about was what he, the president knew because these matters were being handled at the State Department.

What?  Axelrod answers “NO” and then in fact answers the question with a definitive “YES”.    And what he is admitting to is this–that the President didn’t know there were “requests” for more security in Benghazi.  How would he know?  Obama has not been attending these “Security briefings”, in fact the day after the attack, instead of cancelling his campaign trip to Nevada, the President again, skips the briefings.  Axelrod admits to this in the Fox interview.

AXELROD: Chris, I assure you that the president was in contact with all those who had information and responsibility in the national security chain about this incident.

As the “spin” intensifies, enter the Main Stream Media.  Watergate had “Woodward and Bernstein”.  We have lost any real journalist on that level who will risk everything in pursuit of truth.  The NY Times editorial on Sunday October 14th entitled “No Shame” cites the Republicans and Darryl Issa as the hypocrites, who cut the budget for security personnel.  That’s interesting, since Susan Lamb testified under oath that “budget” matters had no bearing on the denial of the requests for added security.  In an article by “Time Magazine” entitled “After Benghazi, Is Al-Queda back?” addresses the “Arab Spring” and the Democratically elected new leaders in Egypt, Libya, Tunisia as examples of pillars of “Islamist” who denounce Al-Queda.  This is just plain spin, and the facts are anything but what this article in Time Magazine is implying!  Morsi in Egypt is part of the Muslim Brotherhood.  He has asked for the release of the “Blind Sheik” and here is footage from the rally held the night Morsi was elected.    That video is a Muslim Brotherhood Cleric speaking at the same podium Morsi took to just a few minutes later.

Yet, these Muslim Brotherhood backed Candidates, who are sweeping elections in all these Middle eastern countries, according to Time magazine, are the good guys?  This is what happened as a result of this so called Arab Spring.   Just as in Iran in 1979, we have radical Islamist organizations, such as the Muslim Brotherhood who backs and is in fact the Party in which President Morsi is leader of, taking power and bolstering this radical agenda, which has ties to Al-Queda.  Make no mistake, what is going on in the Middle East is anything but the Democratic process,  as Lara Logan knows too well.

As the spin continues to add up, the headlines on Benghazi are no where to be found in any major “Main Stream” source.  The questions that remain unanswered, are these:

Why did the Obama Administration roll out Susan Rice with a false narrative about a YouTube video?  I myself, link this back to the UN Blasphemy Laws Rice signed onto back in December 2011, and spoke to this in my last article here.    Who within the Obama Administration came up with this false narrative about this YouTube video?  This question goes to the heart of the cover-up, and remains unanswered.

This is and should be the lead story on every paper and website in the US.  There should be journalist outside the White House lining up demanding answers to these blatant lies, and false narratives.  Nixon resigned instead of face impeachment.  Many say we lost all faith in the office of President at that time.  Benghazi is the place we lost all faith in our “Fourth Estate”.   And we must realize its dead and gone.  Carry on my fellow Americans, we will continue to seek the truth, I know we will.

About Rebeca Diserio–After the tragic death of her first husband, LA County Deputy Sheriff Stephen Blair (Gang Unit, Compton, CA), in the line of duty, she became a Conservative Writer, Activist, and Speaker. She worked on Star Parker’s campaign, co-managing a district office. Currently, she is the CEO & Executive Producer of FIDELIS RADIO NETWORK, and host of the REBECCA DISERO show. She resides with her 3 sons, 3 dogs and 3 cats.