The Latest News about Islamic Extremism

Man Planned To Drive U-Haul Truck Into Crowd in National Harbor In The Name of Islam, Feds Say

Mary Margaret Olohan April 9, 2019 Comments Off on Man Planned To Drive U-Haul Truck Into Crowd in National Harbor In The Name of Islam, Feds Say 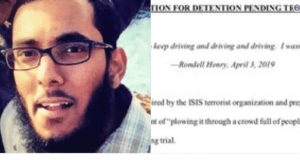 The FBI arrested a man in March who allegedly planned to commit an act of terrorism by driving a U-Haul truck into a crowd in National Harbor, Maryland. Computer expert Rondell Henry, 28, of Germantown, Maryland, quit his job on March 26 with the intent to commit an attack inspired by Islamic State propaganda, according to Department of Justice Monday. ...

END_OF_DOCUMENT_TOKEN_TO_BE_REPLACED 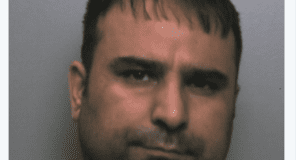 A U.K. court sentenced a Muslim Iranian asylum seeker to jail Thursday for stabbing his wife to death, allegedly for her having converted to Christianity. Iranian asylum seeker Dana Abdullah stabbed Avan Najmadiein, his estranged wife and 32-year-old mother of four, 50 times in October and left her to die after discovering that she refused to support his application to ...

END_OF_DOCUMENT_TOKEN_TO_BE_REPLACED

A Muslim psychologist in the U.K. is facing an investigation over her support for a campaign that promotes death as a penalty for homosexuality. The Health and Care Professions Council launched an investigation against Dr. Kate Godfrey-Faussett concerning her fitness to practice psychology, given her support for the Stop Relationship and Sex Education campaign.  Godfrey-Faussett, who converted to Islam 25 ...

END_OF_DOCUMENT_TOKEN_TO_BE_REPLACED

Muslim Fulani tribesmen have killed over 120 Christians in coordinated attacks throughout northern Nigeria over a matter of weeks, partly in response to Kaduna Governor Nasir El-Rufai’s false claim that members of the Christian Adara people murdered over 100 Fulani ahead of Nigeria’s presidential election. The ISIS-affiliated terrorist group Boko Haram has also waged attacks on Christian villages in recent ...

END_OF_DOCUMENT_TOKEN_TO_BE_REPLACED 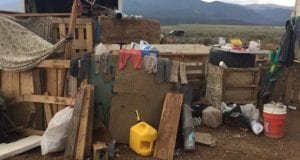 Nearly a dozen children were discovered living in appalling conditions on a compound in rural New Mexico on Friday, when authorities raided the property looking for a missing 3-year-old boy.

END_OF_DOCUMENT_TOKEN_TO_BE_REPLACED

DCNF June 8, 2018 Comments Off on US Special Ops Soldier Killed In Gunfight With Islamic Extremists In Somalia

by Ryan Pickrell A gun battle with an Islamic extremist group in Somalia Friday left one American special operations forces soldier dead and four others wounded, defense officials revealed. The American service members who were killed and wounded in the battle came under small arms and mortar fire Friday near the town of Jamaame while on a training mission ...

END_OF_DOCUMENT_TOKEN_TO_BE_REPLACED

Liberals Incompetence With Foreign Policy Puts Us All At Risk

Richard Larsen November 20, 2015 Comments Off on Liberals Incompetence With Foreign Policy Puts Us All At Risk

The terrorist attacks in Paris this past week illustrate how tragically reality can challenge assumptions upon which governmental policy is based. Perhaps in no other realm of governance can reality be so at odds with an administration’s biases than in foreign affairs. And tragically, yet empirically, such events prove which political ideology is least capable and competent in handling global ...

END_OF_DOCUMENT_TOKEN_TO_BE_REPLACED

Reports surfaced months ago about Muslim extremist websites releasing the home addresses of military members. Now, some middle-easterners seem to be using that information to take things to another level. An alert has been issued by the FBI to all law enforcement agencies in Colorado and Wyoming involving U.S. military families and concerns about who may be watching them. The alert ...

END_OF_DOCUMENT_TOKEN_TO_BE_REPLACED

A Federal judge has ruled that bus and subway signs saying “Killing Jews is Worship that Draws us Closer to Allah” are legal and free speech. The second part of the sign says “That’s his Jihad. What is Yours?” The sign is a public information campaign by the American Freedom Defense Initiative in response to recent aggression by Islamic extremists ...

END_OF_DOCUMENT_TOKEN_TO_BE_REPLACED

Obama Defies Logic In Refusing to Identify Our Enemies

Why is it so hard for this administration to call Islamic extremists what they are? Instead they parse and mince their appellations in every conceivable way to avoid identifying them as such. For that matter, how can the president maintain any semblance of credibility when he illogically avers that the Islamic State is not Islamic? By refusing to acknowledge, at ...