Nearly a dozen children were discovered living in appalling conditions on a compound in rural New Mexico on Friday, when authorities raided the property looking for a missing 3-year-old boy.

Police didn’t find the boy but they discovered 11 other children between one and 15-years-old being held in the “saddest living conditions and poverty I have seen,” Taos County Sheriff Jerry Hogrefe said in a statement posted to the agency’s Facebook page Saturday.

In charge of the makeshift residence were Siraj Wahhaj, 39, and Lucas Morten, heavily armed men believed to be “extremist[s] of the Muslim belief,” Hogrefe said. When police arrived on the scene, Wahhaj was armed with an AR-15-style rifle and several loaded 30-round magazines, plus four loaded pistols.

The suspects initially refused to surrender to authorities, but were eventually taken into custody without injury. Three women who appeared to be the children’s mothers — Jany Leveille, 35; Hujrah Wahhaj, 38; and Subhannah Wahha, 35 — were released after questioning on Friday but later arrested and charged with neglect and child abuse after further investigation, police said. 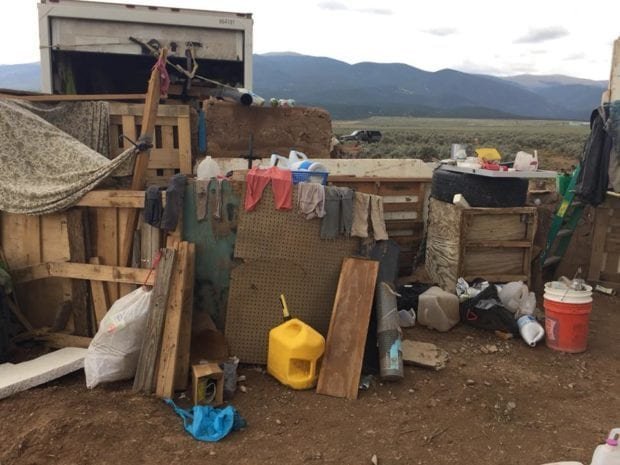 An image provided by the Taos County Sheriff’s Office shows the exterior of a compound where 11 children were discovered living in terrible conditions. (Photo: TCSO/Facebook/Public Domain)

Friday’s raid was the culmination of an investigation by the FBI and Georgia police into Wahhaj, who was suspected of abducting his 4-year-old son, Abdul-Ghani, in December. The FBI had already put the compound in Amalia, New Mexico, under surveillance, but had not developed probable cause to obtain a warrant to search the property.

That changed Thursday, when a Georgia investigator forwarded a message to the Taos County Sheriff’s Office in which someone in the compound told another person that children there were starving and needed water.

“I absolutely knew that we couldn’t wait on another agency to step up and we had to go check this out as soon as possible, so I began working on a search warrant right after I got that intercepted message,” Hogrefe said. 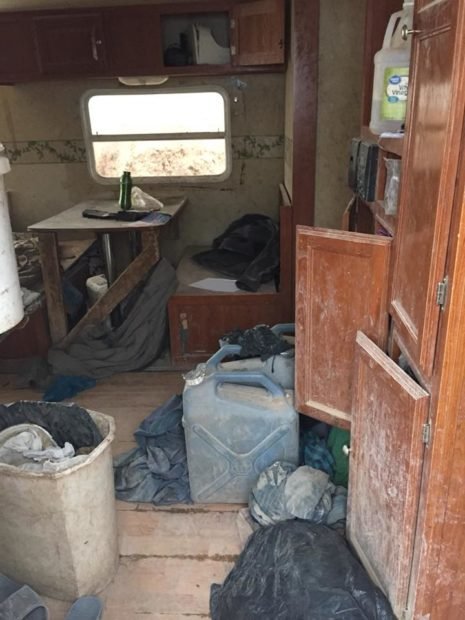 When they executed the warrant, police discovered a “heartbreaking” collection of children that looked like “third world country refugees not only with no food or fresh water, but with no shoes, personal hygiene and basically dirty rags for clothing,” Hogrefe added.

Police are still searching for Abdul-Ghani Wahhaj. He is thought to have been living at the compound in recent weeks, but none of the five adults taken into custody has provided information on his whereabouts, authorities said.

Siraj Wahhaj was booked on a no-bond Georgia warrant for child abduction. Morten was also arrested and charged with harboring a fugitive.

Support Conservative Daily News with a small donation via Paypal or credit card that will go towards supporting the news and commentary you've come to appreciate.
Tags
Islamic Extremism muslims