The Latest News about gerrymandering

Kevin Daley June 27, 2019 Comments Off on The Supreme Court Just Handed Down A Big Decision On Partisan Gerrymandering

In a decision with far-reaching implications for national politics, the Supreme Court ruled Thursday that federal courts do not have power to review partisan gerrymandering claims. The decision was 5-4, with Chief Justice John Roberts writing for the conservative majority. Justice Elena Kagan led the liberal bloc in dissent. Gerrymandering divides the Court into the usual ideological coalitions. While the ...

END_OF_DOCUMENT_TOKEN_TO_BE_REPLACED

Kevin Daley May 3, 2019 Comments Off on Gerrymandering Ruling Tees Up Another Challenge For GOP In Key Swing State

A special three-judge court struck down Ohio’s congressional district map Friday, finding it was unlawfully rigged to the benefit of Republicans. The decision is the latest in a series of lower court rulings striking down district lines as unconstitutionally gerrymandered. The fate of those disputes will turn on a pair of gerrymandering cases from Maryland and North Carolina the Supreme ...

END_OF_DOCUMENT_TOKEN_TO_BE_REPLACED

New Gerrymandering Ruling Will Have Big Effects For GOP In 2020

Kevin Daley April 26, 2019 Comments Off on New Gerrymandering Ruling Will Have Big Effects For GOP In 2020 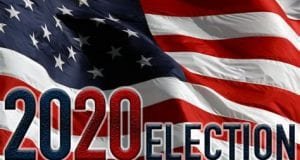 A federal three-judge panel ruled Thursday that 34 state and federal district lines in Michigan are unconstitutionally gerrymandered to the benefit of Republicans. The decision comes as the Supreme Court contemplates a pair of cases from Maryland and North Carolina, which ask whether and how the federal courts should police partisan line-drawing. “Federal courts must not abdicate their responsibility to ...

END_OF_DOCUMENT_TOKEN_TO_BE_REPLACED

The Supreme Court weighed a pair of cases Wednesday that ask the justices to police partisanship in the redistricting process.  The cases come from North Carolina and Maryland, where the party in power skewed district lines to their advantage.  The disputes deeply divided the Court, with Chief Justice John Roberts and Justice Brett Kavanaugh likely holding the decisive votes.  The ...

END_OF_DOCUMENT_TOKEN_TO_BE_REPLACED

A coalition of Republican voters made a pair of bold requests while asking the Supreme Court to uphold a lower court ruling striking down a Democratic gerrymander in Maryland. Their case, one of several pending before the justices on this topic, could clear the way for greater judicial scrutiny over redistricting. The Supreme Court has yet to find partisan line-drawing, ...

END_OF_DOCUMENT_TOKEN_TO_BE_REPLACED

DCNF June 18, 2018 Comments Off on Obama Campaigns Against Gerrymandering Despite Using It To Prop Up His Political Career

END_OF_DOCUMENT_TOKEN_TO_BE_REPLACED 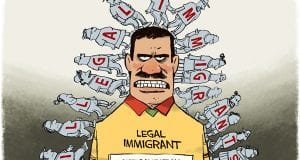 It’s been a decade since I agreed with the Democrat platform, but I must give the party a great deal of credit for its consistency. There is a direct correlation between Democrats in 2018 fighting to increase their political power by demanding vote–less illegal aliens be counted in the census; and Democrats in 1818 demanding equally vote–less slaves continue to ...

END_OF_DOCUMENT_TOKEN_TO_BE_REPLACED

Mike Yost to Take On Corrine Brown for U.S. Congress in 2012 – Florida District 03

Pictured to the left is 2012 Congressional candidate Mike Yost,  with wife Debbie, whom is running against long-term incumbent Democrat Corrine Brown in Florida’s District 03 race. This race boils down to a very simply-defined characterization:  Mr. Yost is a solidly conservative candidate who firmly believes in our Constitutionally mandated form of limited government while Corrine Brown represents not the ...

END_OF_DOCUMENT_TOKEN_TO_BE_REPLACED

CDN Contributor September 18, 2011 Comments Off on Florida Judge Blocks Democrats Attempt to Go Against the Will of the People

In the 2010 elections, Floridians voted for Amendment 6, also known as the Fair Districts Amendment by an overwhelming majority. Informed voters across Florida see Amendment 6 as a way to prohibit career politicians from re-drawing congressional districts that protect incumbents and enable one-party control. Florida is a very divided state in that while it is considered to be a ...