Can someone please remind Press Secretary Karine Jean-Pierre that the press is the vehicle by which the people obtain the answers they require? She seems to have forgotten this.  As well as the fact that “by not answering pertinent questions posed by the press in briefings, she is circumventing access to needed information by the people, thus, making everyone in that room irrelevant and looking stupid.”

It really is quite ludicrous to watch these press briefings as wasted time leads to nothing to report.  No wonder the news has become pure regurgitation.  The White House has made accountability subjective and placed the press outside with the rest of us.   Government does not exist to serve and safeguard the government.  It exists to serve and safeguard the people, none of which we are seeing presently given how flimsily classified documents are being handled by those who directly and indirectly swore oaths.

Taken from the house of “the people,” if any one of us removed documents from another’s house unbeknownst to the owner (especially given that those documents were marked classified) that would be considered theft. At a minimum, satisfactory answers would be expected. And yet, when answers are being pressed for from The White House, itself, by organizations and individuals that have access to getting them and delivering them back to the people….crickets…followed by cheap tactics designed to divert everyone’s attention to flashy objects of no relevance at all.

By definition alone, “press briefing” is an event designed to “brief the press” so that they can, in turn, brief the people. None of that is happening here and as the silence expands so does the immense distrust. This entire classified document fiasco makes me think that my local library employs a tighter security system around its books than the Archives around its files despite what many elected officials are saying to the contrary.

From Senators to Congressmen and everyone in-between, they all seem enormously baffled by the fact that critically sensitive material is being found next to the household hamper, so to speak, in homes across America. “How did they get there? How did they get there?” Their puffed-up chests and wide-eyes emphasize their absolute bewilderment.  I think “how” is easy to surmise.  “Why?” coupled with the ‘enormous ill-regard for the sensitive nature of such documents as well as the potentially compromised welfare and safety of their rightful owners at the hands of the circus called our government’ are the real answers to be had.

And here the press sits…day in and day out…with questions to spare and little to show for it.  And the people, we don’t get even that.  If there is any consolation at all, it would be that our nation is finally uniting, if only by means of frustration and disgust.   Maybe one among you during the next press briefing could read this statement to her, “Press Secretary KJP, the people don’t want to be redirected to the DOJ or the President’s legal team by way of every question that we ask. They want answers. So do your job and answer them through us.”

If she looks down like she has a habit of doing when caught between a rock and a hard place, then recites once again from the script she’s been given, we all truly do have our answer, now don’t we.
And anything good, it isn’t.  If not, you might just feel the room shake from all of the applause streaming through the many screens watching. 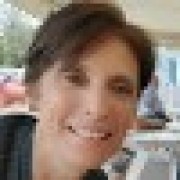