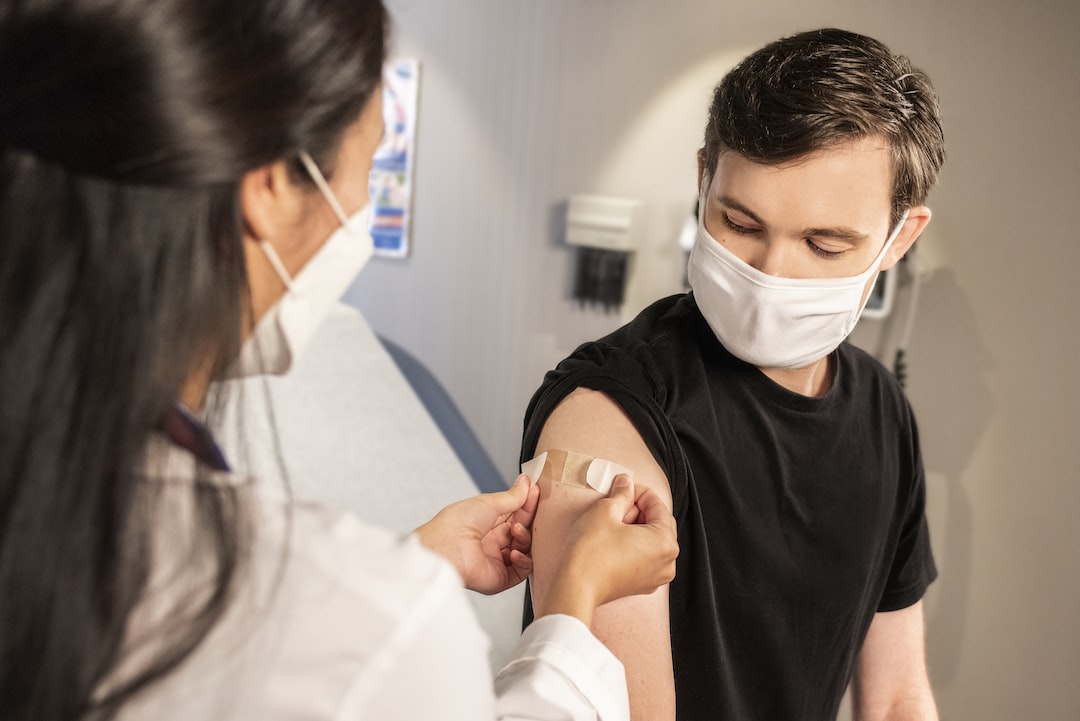 Aside from the sarcasm, young people are reportedly experiencing growing heart problems in the last year and a half. But, of course, correlation is not causation; it’s just a coincidence that reports of medical issues have surged since the start of injecting Pfizer-BioNTech, Moderna and Johnson & Johnson’s (J&J) Janssen drugs into people’s arms.

In an Instagram video released in mid-June, singer Justin Bieber apologized to his fans for canceling several upcoming shows because he is suffering from Ramsay Hunt syndrome—a complication of shingles caused by the chickenpox virus that results in temporary facial paralysis. The virus can lie dormant in the body for years and later spark another infection, causing inflammation and irritation on the facial nerves.

Therefore, are we meant to ignore the Vaccine Adverse Event Reporting System (VAERS) data that shows the symptom of Ramsay Hunt Syndrome, otherwise known as “herpes zoster oticus,” registered on nine occasions for 18 and 29-years-olds for all given vaccines since 2001, six of which involved a COVID-19 “vaccination” in 2021 as of June 10th?

VAERS is managed by the Centers for Disease Control and Prevention (CDC) and the Food and Drug Administration. A Harvard Medical School study conducted between 2007 to 2010 revealed that less than 1% of vaccine adverse events are registered, and more recent studies estimate that up to 10% are reported depending on the severity of the symptom.

Typically, a patient’s physician will file a report to VAERS: the process can be tedious and time-consuming, taking on average 30 minutes to complete. Moreover, knowingly filing a false VAERS report violates Federal law and is punishable by a fine and imprisonment.

It is common for medical studies to refer to VAERS; for example, a February 2021 publication explored the number of anaphylaxis allergic reaction cases following COVID-19 jabs by accessing the VAERS data as a guide.

To be fair, it is unclear whether Bieber had a booster or how soon he reportedly developed facial paralysis after his last shot. According to the CDC, most adverse reactions occur in the first three days after being jabbed. However, this doesn’t automatically rule out the possibility of a long-term or indirect side-effect related to a weakened immune system that might have triggered the reactivation of the dormant chickenpox virus.

Before and since the start of the mass COVID-19 jabbing process, the medical research community across the United States and internationally have published numerous studies that link or demonstrate a range of adverse side-effects of the COVID-19 shots on a subset of recipients.

A pre-print study from France suggests that three types of COVID-19 shots may have contributed to the onset of Creutzfeldt-Jakob disease (CJD). This condition is caused by infectious “prion proteins” that can trigger normal proteins in the brain to fold abnormally. To date, CJD is incurable because there are no treatments to stop its progress.

The original coronavirus that reportedly causes COVID-19 contained “prion-like domains” in the “spike protein” part of the virus, and its genetic information was integrated into developing the COVID-19 shots.

Although it has yet to be fully peer-reviewed and accepted for publication, the study suggests that the Oxford-AstraZeneca, Pfizer-BioNTech, and Moderna shots lead to a new kind of CJD that aggressively and rapidly progresses than the standard form of the rare and fatal brain condition.

These findings were authored by world-leading virologist Dr. Luc Montagnier, who sadly passed away in February, neurologist Dr. Claire Moret-Chalmin and interdisciplinary researcher Dr. Jean Claude Perez, who has a background in mathematics and computer science.

The study examined 26 of the 50 cases of CJD reported in Europe, which emerged “very soon after the injection of the first or second dose of Pfizer or Moderna vaccines.” Given the 26 individual cases analyzed, the first symptoms of CJD appeared around 11 days after receiving a shot. Roughly 80 percent of individuals had passed away when writing the study; these deaths occurred nearly five months after being jabbed, 40 percent of which were “sudden deaths” within 2.5 months.

The authors went on to say that “this confirms the radically different nature of this new form of CJD, whereas the classic form requires several decades.”

Published American studies have also indicated that the spike protein’s prion region can interact with human cells and potentially cause brain impairment leading to CJD disease.

A study from the United Kingdom has established that “small but significant” cases of the rare and serious neurological disorder, Guillain-Barre syndrome (GBS), are connected to the Oxford-AstraZeneca shots. According to the study’s research group, most or all of the 121 GBS cases between March and April 2021 were linked to the first dose administered in January 2021.

GBS occurs when the body is tricked into attacking its own nerves, typically resulting in limb pain, difficulty breathing and general weakness.

Although GBS cases were reported in the late 1970s following swine flu vaccinations, in addition to yellow fever and influenza vaccines, the rates were never as high as the Oxford-AstraZeneca.

In late May, the lead author Prof. Michael Lunn said that a “similar pattern is not seen with the other [COVID-19] vaccines or following a second dose of any vaccine.”

The group analyzed 996 GBS cases recorded in a national database between January and October 2021. For every individual, the researchers connected the date of GBS onset to the date of being jabbed. As a result, they learned that 20 percent of cases occurred within six weeks of their first COVID-19 shot, in which 90 percent had Oxford-AstraZeneca.

Most GBS patients reportedly recovered from their symptoms. However, one patient developed complete facial paralysis after their first dose and a stinging sensation in their limbs. Unfortunately, two weeks following their second dose, the patient developed growing weakness with pain and had a partial response to treatment.

Lunn speculated on the reasons behind the rise in GBS cases:

It may be that a non-specific immune activation in susceptible individuals occurs, but if that were the case, similar risks might apply to all vaccine types…It is therefore logical to suggest that the simian adenovirus vector, often used to develop vaccines, including AstraZeneca’s, may account for the increased risk.

Studies in the United States have also shown increased incidences of GBS after receiving an adenovirus vector-based shot produced by J&J. According to a recent publication, the rate of GBS cases was 32.4 per 100,000 people within three weeks of being administered a J&J shot.

Meanwhile, the CDC states that at most, two out of 100,000 people in the United States develop GBS.

We’ve only touched the tip of the iceberg concerning reports of adverse reactions besides sore arms, itchy feet and loose bowels.

Among the injured was Maddie de Garay, who had volunteered for the Pfizer-BioNTech trial at 12 years old. She is currently in a wheelchair with a tube through her nose, paralyzed from the neck down. Dental hygienist Kristi Dobbs described experiencing “a little electronic shock” running through her body and having “tremors” in her hands. Brianne Dressen, a preschool teacher who volunteered for the Oxford-Astra Zeneca trial, referred to herself as “collateral damage of the pandemic.”

Johnson expressed that his goal was to give these people a voice so that the medical community would acknowledge their conditions, develop a treatment, and improve the “vaccine” technology to prevent similar side effects from occurring in the future.

Unsurprisingly, the event earned nearly 1.4 million views on YouTube and drew criticism from Democrat counterparts and the broader left-wing media: Johnson was accused of being “reckless and irresponsible” and raising “misleading concerns.”

The next conference involved an expert panel discussing the impact of the COVID-19 shots and mandates in early November of last year—the livestream was removed by YouTube and Johnson’s channel was suspended from uploading content for a week.

Johnson tweeted that YouTube’s censorship had worsened because “they don’t want you to hear 3.5 hours of stories from doctors, scientists and the vaccine injured,” before adding that he was “giving voice to people who just want to be seen, heard and believed.”

“Apparently,” Johnson tweeted, “The Biden administration and federal health agencies must not be questioned.”

Fortunately, many people continue to question everything around COVID-19, including independent journalists, researchers, medical professionals, entrepreneurs, and media organizations.

We will aways need more.

And with that said—stay safe, people.

Support Conservative Daily News with a small donation via Paypal or credit card that will go towards supporting the news and commentary you've come to appreciate.
Tags
COVID-19 Vaccine