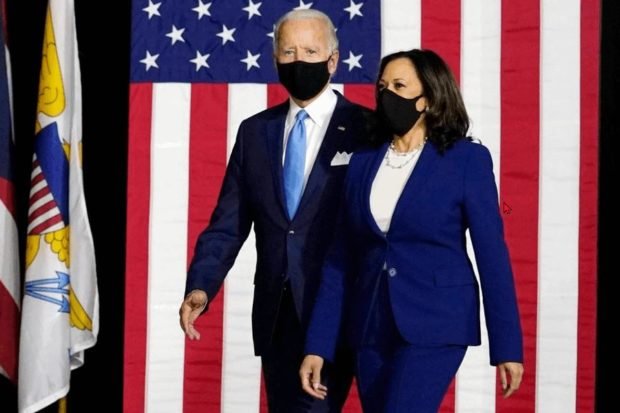 Dear Joe, please stop finding ways to waste our money. That’s right, Joe, it is our money that you are continuing to waste like a drunken sailor on shore leave. We work very hard for our money, something you and your family may not be able to identify with, and it is getting very old, very fast watching you waste it. We lost any decision-making ability when we let the Democrats promote you from basement dweller to President. You are showing that moderate Joe is in your rear-view mirror. You have gone full-blown Progressive and now think that there is no problem in the world that money cannot solve. The problem is that you are not spending your money but ours.

In 100 days, you have proposed Programs and Bills that would spend $6 Trillion if passed. That is money we do not have, and the Rich, those people you love to vilify, do not have enough money to pay for your plans if you taxed them into poverty.

Your latest urge to spend $4 Billion is to funnel it to Central America. Is this ridiculous claim a smokescreen to mask the fact that Kamala Harris is doing nothing to solve the Border Crisis? You charged her with that project weeks ago, and she has done nothing. Vice President Harris, it is hard to write those three words, has not gone to the Border, held a press conference to let us in on her plan, nor gone to the Central American countries targeted as the source of the illegal immigration flow. She has done nothing, so you want to send Billions to corrupt politicians in the Triangle Countries to believe that they will invest the money in their people. This investment in their future will give these people incentive to stay in their home countries rather than walk thousands of miles to America. It is official, Joe. You have lost it.

We have spent Trillions over the last 50 years to end poverty. It has not worked. With that failure to our credit, you think that investing in the Central American countries where their people will risk life to leave, you cannot be that naive or believe we are that stupid. We are not, which leaves your lack of clarity as to the answer. Somebody has to get your spending under control, and we have to hope the Senate will step up and close the cash drawer.

Obama sent nearly the same $4 Billion during his administration. That pay-off did not curb the illegal flow. Trump threatened to hold aid to these countries unless they helped to stop the migration, and that worked. Not spending money had better results than just wasting our money. See the logic here, Joe?

We know that Joe Biden is doing his best to conform to the wishes of the Progressive wing of his Party. The fact that AOC claims she is pleasantly surprised with his Progressive agenda should concern any Conservative.

You cannot buy your way to a better America. That is the lazy way to solve the many issues we have and will never solve the problems in Central America. This country deserves strong leadership, but that is not what we have. We have Biden. We have to hope to minimize the damage he is raining down on America until we can put a real leader back in the White House. That is not Kamala Harris. That is one of these incredible Governors who are leading their states out of the Pandemic. It is a long time until 2024, and yet it is the blink of an eye. God help us in the meantime.