Congress announced a sweeping compromise on a $900 billion coronavirus stimulus package and a $1.4 trillion omnibus spending bill Sunday night, setting the stage for Americans to receive much-needed economic relief and for government funding through September 2021.

The package, which Congress hopes to send to President Donald Trump’s desk Monday, includes direct cash payments, enhanced unemployment benefits and a critical lifeline for small businesses and other industries that have been relentlessly hammered by the pandemic. The funding package includes 12 appropriations bills as well, meaning that the President-elect Joe Biden will not have to wage a political battle over government funding in the first few weeks of his term.

Though the bill’s text has yet to be officially released, here’s what is included in the enormous, long-sought congressional compromise, according to reports and summaries given by congressional leadership.

This is how Pelosi and Schumer explain what’s in the $900 billion relief proposal. Bill text has yet to be released pic.twitter.com/hzcOgxBJji

Its passage could avert a financial crisis of millions of Americans as unemployment numbers rise amid a spike in coronavirus cases and deaths and since the $600 unemployment benefits created through the CARES Act expired in July.

Small businesses hammered by the pandemic will receive $284 billion through the Paycheck Protection Program, the summary describes, including $20 billion for businesses in low-income communities and $15 billion for live venues, including museums and theaters, that have been especially hurt.

The provisions could be a critical life line for some of the largest transit systems in the country, including New York City’s Metropolitan Transit Authority and the D.C. Metro system as well, which said that it would introduce vast service cuts without federal funding.

The congressional compromise includes $20 billion the vaccines’ purchase, approximately $9 billion for their distribution and about $22 billion for states’ testing, tracing and prevention efforts, according to the summary.

However, he and Senate Minority Leader Chuck Schumer reached a compromise late Saturday, and Toomey agreed to narrow the scope of his efforts, the New York senator said Sunday. 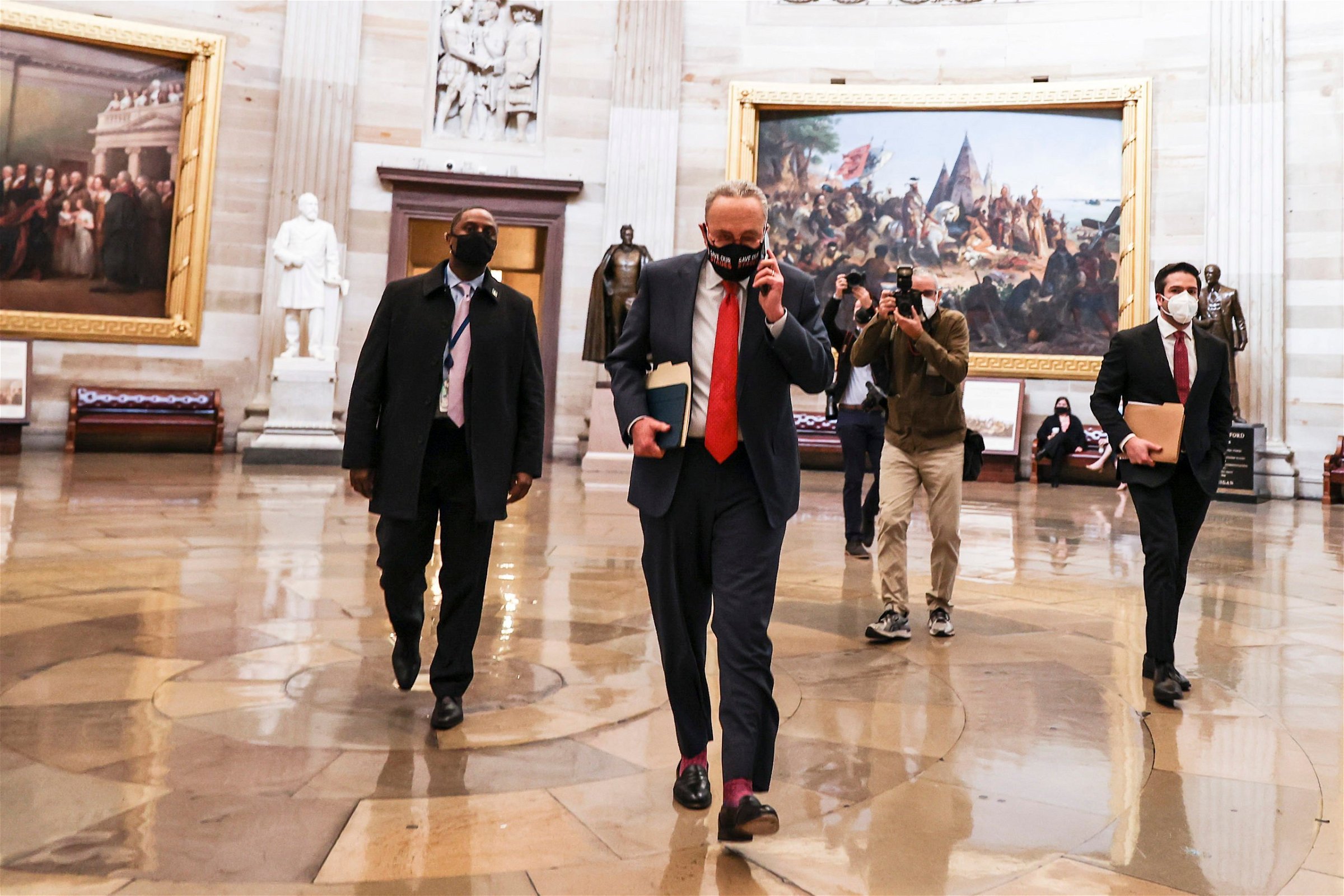 The Supplemental Nutrition Assistance Program (SNAP) will receive $13 billion, allowing it to increase its benefits by 15%, a big priority of congressional Democrats. The program, however, will not expand its eligibility.

Farmers and ranchers will also share a $13 billion pot to help mitigate losses imposed by the pandemic, according to a summary released by the House Agriculture Committee.

Schools and colleges will receive $82 billion towards reopening classrooms while simultaneously preventing the spread of the virus. The package delivers $54 billion to K-12 schools, $23 billion to colleges and universities, $4 billion to an emergency relief fund and $1 billion for Native American schools.

The package also allows for the expansion of Pell Grants by up to 500,000 students and for 1.5 million to receive the grant’s full value, according to a summary released by Schumer and House Speaker Nancy Pelosi.

Our National Teeter-Totter: Democrat Power And Control Versus Republican Protection Of Constitutional Rights

Chris Coons Says Republicans Must Repent Before There Can Be Unity