While it is not often Joe Biden comes out of his basement, it is always an adventure when he does.  The man who feels he should be the next leader of the free world doesn’t seem to know what world he is living in today.  Not from the perspective of his mental acuity but his interpretation of actual undeniable facts.  There is a picture of the world he is painting for the nation as he runs for the highest office in the land and then there is reality.  So, you have to ask yourself, is it he doesn’t understand what he is observing or is he actually distorting the truth and lying to the American people.  Being the good Catholic he professes to be, he should watch out for Proverbs 6:16-19 because of the six things the Lord strongly dislikes, a “lying tongue” is one of them.

Let’s examine his latest rant on President Trump’s handing of the Corona Virus.  He recently said:

– “While this deadly disease ripped through our nation, he failed to do his job on purpose.”

– “It was a life and death betrayal of the American people….”

– “Had President Trump taken immediate and decisive action, tens of thousands of lives and millions of jobs would never have been lost.”

– “The depth of economic devastation our nation is experiencing is not an act of God, it’s a failure of presidential leadership.”

– “We need a leader that works with the States, a leader who secures a safe, effective vaccine and distributes quickly and fairly.”

– “After all this time, the President still does not have a plan.”

Presumably, Joe Biden has a television and can read a newspaper.  Unless he is truly hiding in his basement and not staying abreast of current events, we can assume he is ignoring the reported facts and lying to the American people.   He should know that in addition to God, there are also many people who also strongly dislike a “lying tongue”.

We know all that mattered from the beginning of this Presidency is that Clinton’s election loss be avenged at any cost and a second term for the President be prevented.  The war they began to wage even before the election against Donald Trump has been unprecedented.  Sadly 90% of what they have in their arsenal has nothing to do with better policies or a better way to lead this country.  No, it is based on spreading false information and using whatever dirty tactics get the job done.  Again, certainly not the behavior of “good Catholics” both Biden and Pelosi profess to be.

So what are the facts?  Joe, did you miss the following when you made the statement that a good leader needs to work with the States in dealing with the virus?:

-Governor Cuomo: “He (Trump) has delivered for New York”.   He then cited the sending of the Navy ship USNS Comfort and the construction of a military hospital at the Javits Center as examples of the President responding quickly to the State’s needs.

-Governor Newsome “We have the USNS Mercy in California because of Trump’s direct intervention and support, 2,000 medical stations because of his direct support.  So, I can only speak for myself, but I have to be complementary.  Otherwise, I would simply be lying to you, misleading you, and it is a wonderful thing to be able to say and I hope that continues.”   See Joe, Governor Newsome got the memo about Proverbs 6:16-19.

What about the statement about needing a leader who can secure a safe, effective vaccine and distribute it quickly and fairly.  Hey Joe, did you also miss the following reported “facts”:

More good news you must have missed is that Pfizer will seek regulatory review as early as October 2020.  They hope to supply over 1 million doses in early 2021.  Moderna is on track to deliver at least 500 million doses of the vaccine in early 2021.   And as far as testing goes, Abbott just announced it received emergency use authorization for its $5.00 rapid test (15 minutes) and will be shipping 50 million tests per month starting in October 2020.

Then there is the gem of a statement that President Trump failed to do his job “on purpose”.  That sounds like something a 6-year old would say.  Or what about Trump should have taken immediate and decisive action and because he did not, it cost tens of thousands of lives.  Hey Joe, did you again miss the following reported “facts”:

So Joe, please tell us what is not “immediate and decisive” about these actions?  Please tell us specifically what you would have done differently given the information that was available at the time.  Better yet, let’s review your actual record for handling the Swine Flu (H1N1) while you were Vice President back in 2009/2010. Because the mainstream media acts as the Democratic Party’s personal public relations firm, most people don’t even remember the Swine Flu as a big issue.  The coverage was very different from today’s tactics.  Also, the Republicans did not politicize the issue as is being done by the Democrats.

It was, however, a very big issue in that over 60 million Americans were infected, 300,000 were hospitalized and close to 13,000 people died.  Sadly, this pandemic primarily affected children and young adults.  It was detected in the United States in April of 2009 yet you and President Obama did not declare a state of emergency until October of 2009.  You did not reach out daily to the American people to warn them or provide mitigation steps they could take to fight the virus.  In May of 2020 Politico wrote an article entitled “Biden has fought a pandemic before.  It did not go smoothly.”

So Joe, what is it?  Are you not understanding the factual data of President Trump’s handling of the Corona Virus, in which case you are not fit to be President, or are you lying?  You love to talk about the “Soul of our Nation” being on the ballot.  Perhaps it’s time to evaluate the state of your own house. The American people deserve truth, honesty, integrity and fairness.  Yes, the “Soul of our Nation” is at stake and it is not Donald Trump who is the threat. 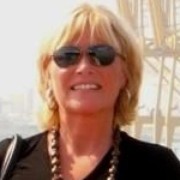