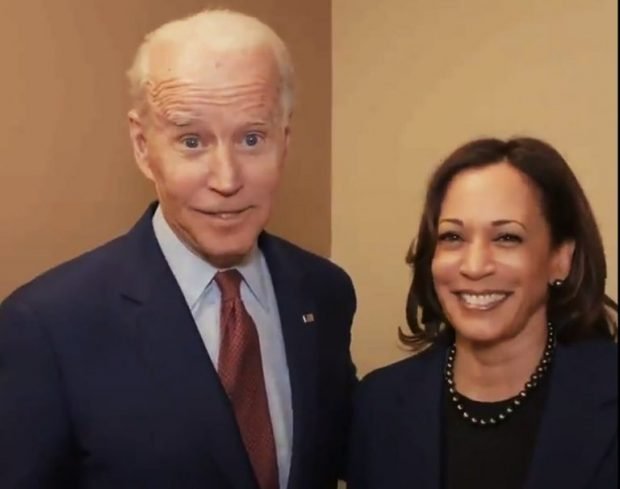 Joe Biden and Kamala Harris made their first appearance together as running mates in a mostly empty building in Wilmington, Delaware. What a bunch of total B.S. it was.

To paraphrase an old song by Bob Dylan:

Joe looked like a freshly embalmed corpse, stiff, expressionless, and waxen. He Treed to look and sound animated, but it fell flat as he accused Trump of all kinds of false narratives.

He said Trump coddled terrorists WHAT??? Trump took out Al Bagdadi and Qasim al-Rimi, a founder and the leader of al-Qa’ida in the Arabian Peninsula (AQAP) and a deputy to al-Qa’ida leader Ayman al-Zawahiri. Where were you, Joe?

Biden said Trump hasn’t done anything for the people and they will. Again Trump has done everything for the people by lowering the business tax from 35% -21% businesses were booming and hiring more than ever and at higher wages to giving us the lowest unemployment in history for all races, black, Asian, Hispanics, women, and summer youth.

Biden said Trump’s policies have destroyed small businesses. Wrong again Joe. Trump lowered the small business tax from 21% to 15% thus stimulating small businesses and seeing them succeed. My own cousin has his own roofing business and has received more requests than he can handle and had to turn some away.

Biden called out Trump for his racist rhetoric. Hey Joe have you looked at some of your recent appearances where all you did was espouse racist rhetoric and over your last forty years too. Your running mate Kamala Harris called you a racist and sexual predator during the primary.

Biden said Trump will destroy social security which is another lie. Trump said in his press briefing following these two that he is taking from the general fund and will protect social security.

Biden said Unemployment is at 16%. under Trump. Yes Joe that’s down from 30% when this pandemic started. Under you and Obama 16 million people were in poverty and 8 million were on food stamps. Under Trump nine million are out of poverty and off of food stamps.

When Kamala made her appearance after Joe she referred to the fact that Trump has mismanaged the virus and we now have 165,000 deaths and it is throughout the world because of his mismanagement. Hey Kamala, Trump was the one who put a stop to it spreading by putting the ban on China and Europe. Trump was the only one who did anything about the virus from setting up the Javits center with 3000 beds, getting the two Hospital shops here in record time, setting up makeshift hospitals around the country, seeing that people and hospitals had ventilators that needed them all while you and your democrat cohorts sat on your hands thinking of ways to impeach him so don’t go saying he mismanaged the virus when you refused to help. 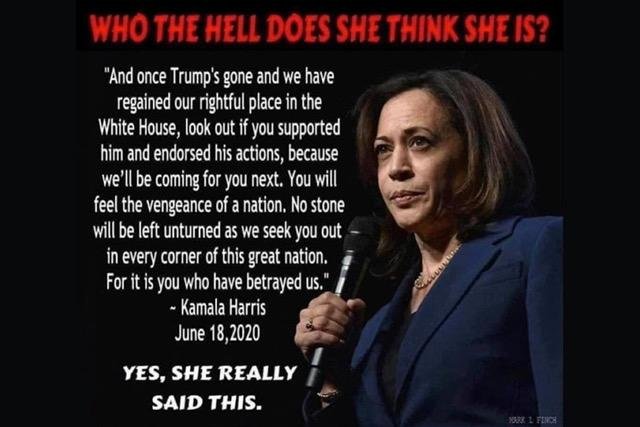 Kamala also evoked the Black Lives Matter movement and said with the riots and demonstrations across the land mean children will grow up to know and demand justice.

Kamala says illegals should have health care and is all for the radical left’s Medicare for all plan which means older senior citizens will have the least amount of care and younger people will have the best care.

She and Biden both accused Trump of wanting to destroy social security which is also a big fat lie.

Biden is being used by the left as a “conveyance” to launch a younger liberal bunch onto the serious political scene.  Within 6 months to a year, he will announce that because of his failing health, he is stepping down from the presidency and Kamala will take over. She is clearly the more aggressive one of the two and most energetic so you will be seeing more of her than him.

After seeing the debut, Judge Jeanine predicted on “The Five” that Biden will not be the candidate and someone else will be picked at the convention.

After they were off Trump came on with his nightly press briefing.  It was a breath of fresh air and so much positivity!  He showed, with official charts, how well we are rebounding, we compare favorably, actually much better, to the other countries’ recoveries, which Kamala touted were leaving America in the dust.  The contrast between the two deliveries is incredible.  It made Kamala the liar.  Her first DING! of many to come.  And on her first outing!  OUCH!

If this was a deliberate strategy, it was brilliant! 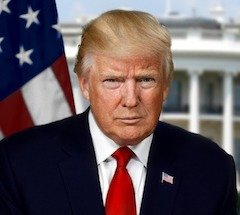 He told how he did an executive order for unemployment benefits after the democrats refused it four times. He said it was important for schools and colleges to reopen for the mental and physical and social well being of our children and adults too as long as we use the right precautions like wearing masks and social distancing. Trump said he was taking from the general fund for these benefits and not social security as the Dems are saying. He said he will always protect social security and Medicare.

Support Conservative Daily News with a small donation via Paypal or credit card that will go towards supporting the news and commentary you've come to appreciate.
Tags
2020 Election News Joe Biden Kamala Harris