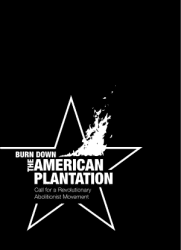 Black Lives Matter, Antifa, Revolutionary Abolitionist Movement are some, not all, of the groups involved in the rioting, looting, the dismantling of western civilization as we know it. They receive support from a growing number of corporations, politicians, sports groups, and everyday people.  These individuals are nothing more then violent anarchists who have little regard for life, liberty or the pursuit of happiness.

What is happening in the United States is not about George Floyd, civil rights or black lives. Based on the recent increase of crime nationwide, particularly homicides one can’t help but wonder, “Which black lives actually matter?“ Black on black crime is more prevalent in black communities, which BLM is ignoring, so it should be clear this entire situation is just a front for something else.

Armed black militia marched at Stone Mountain Park near Atlanta threatening white people and demanded reparations. To intimidate or threaten anyone based on the color of their skin, is literally, by definition, racist, and yet no one is protesting this. The title Black Lives Matter is also racist, it precludes everyone who is not black. Obviously black lives matter; but don’t all lives matter?  The title BLM implies that only black lives matter, so how do they feel about everyone else? This is the tipping point for decades of passive aggressive behavior, forced down the throats of every American under the disguise of tolerance. The continuous favoritism of one race over another is causing  division exponentially; but then that is what they want, right?

Finally the endgame is reviled and the race among black supremacists groups for recognition appears effortless. Meanwhile, white people are being shamed into believing they are some how responsible for the sins of a history they had nothing to do with.  It is fundamentally wrong to shame people into thinking they are “racist” when they’re not. To believe that black people cannot be racist is a misconception brought on by the same groups who are creating this division, and instigating the violence in the first place.

Law and order are the foundation of all civilized societies, without it there is anarchy. John Adams said, “We are a nation of laws not of men.” These laws apply to everyone; they are fundamental to our very core.

The rule of order you are witnessing is literally part of  a bigger picture. These marxist groups clearly hate America. Their primary objective is to destroy America as you know it, remove history from the minds of the people, remove religion, indoctrinate your children, take away your rights and instill a ruling party who would have total control over everyone; two classes, those that rule and you.

BLM was established in 2013 by Alicia Garza, Patrisse Cullors and Opal Tometi after the death of Trayvon Martin.  The group promotes racial division, instigates rage and violence and is fundamental in expanding racial division in this country. BLM is closely allied with numerous groups that are fronts for the Freedom Road Socialist Organization (FRSO), a Marxist-Leninist entity that calls for the overthrow of capitalism. Their website boosts the need to destroy the nuclear family. “Black Lives Matter Foundation aims to ‘disrupt’ family structure, excludes fathers from vision of community.” [1]

On May 31, 2020 President Trump designated Antifa as a terrorist group. Antifa uses violence at protests in an attempt to intimidate and overcome any weakness they see in law enforcement or anyone else that gets in their way. They use their fists and “stomp” on anyone who makes an objection. They throw objects including bricks, crowbars, or water bottles filled with urine and feces. Pallets containing items use by Antifa seem to “just appear” at protest sites. They will use any method to break through police barricades even noxious gases. Antifa and their supporters are ruthless; they use intimidation to control and instigate violence. They incorporate the use of “doxxing” which exposes identity, addresses, job, and any other private information from anyone they feel is a threat to them.

Revolutionary Abolitionist Movement another group of thugs using the current lawlessness to push there own agenda. They look to Rojava in Northern Syria, who, for them, has “set an exceptional standard with the founding of groups like the International Revolutionary People’s Guerrilla Forces, it is clear that this is the time for anarchist revolutionaries to act without hesitation.” [3]. They disagreed with the popular consensus to defund the police, mock the democrats and any one who “takes the knee” and see these as signs of fear and weakness.  They suggest; “A truly abolitionist position includes not only the abolition of police, but also that of prisons, courts, military, and politicians–all of which are interconnected. For revolutionary abolitionists in the U.S., the enemy is not only the police, but also capitalism and the State as a whole. Revolutionaries must also firmly oppose the liberal counter-revolutionaries of corporate media and non-profits, who do the job of the police for them while pretending to act in the interest of black people. These institutions, while appearing like allies in the struggle, are, in actuality, the predominant counterinsurgent institutions.” [4]

Ask yourself this: If all these people, including BLM, are guided by the fact “black lives matter” then where is their outrage for all the victims of homicides nationwide just this past weekend alone?  What about all the injuries and deaths of the people listed below?  Are they just considered collateral damage by BLM, Antifa, et.al?  How does Black Live Matter decide what lives actually matter and why are these  black supremacists allowed to escape justice and continue their reign of terror? With the ongoing media exposure it should be crystal clear that anyone who aligns themself with BLM, (carrying those BLM Signs) et.al., are just as responsible for all mayhem in addition to the lives listed below.

The crime rate is growing exponentially. Law enforcement officers need support from law abiding citizens who are fed up with the current state of affairs. We hear about all the senseless killings lately especially of children. Both Antifa and BLM are responsible for shootings of 4 people in Seattle, two of them died.

Where is the outrage from the media regarding the injuries and deaths of law enforcement officers who try to protect innocent people from these thugs?

This is a tribute to them, their families, and all law enforcement officers across the nation. Say Their Names!

We here at CDN, Thank you for all you do.

– Las Vegas, Officer Shay Mikalonis, 29 shot in the head. Paralyzed now from the  neck down.

– Twelve other Las Vegas police were injured during the riots.

– A New York police officer was struck purposefully by a vehicle.

– Three Buffalo law enforcement officers were struck by a vehicle in front of the police station. Two officers are now seriously hurt, and two civilians died from shootings that were not related to the police.

– Three Davenport, Iowa, law enforcement officers were ambushed, and one was shot.

– One hundred thirty-two officers were injured in Chicago during a riot. During that riot, there were 48 shootings and 17 homicides.

– Nine Pittsburg officers were injured by objects during a riot.

– Up to a dozen officers in Rhode Island were injured during riots.

– An active shooter opened fire at the Oakland Police Department. At the federal courthouse in Oakland, the scene of an anti-police protest, two officers were shot in a drive-by shooting. One of those men, Federal Protective Service Officer Dave Patrick Underwood, was shot dead. Underwood is a black American and, first and foremost, a hero.

– Two officers were struck in the head with projectiles in Santa Ana, California.

– Two Richmond, Virginia, officers were shot. One of these officers has life-threatening injuries.

– At least five officers and two firefighters were injured during riots in Richland County, South Carolina.

– One officer was struck in the head by a brick in Albany, New York. The suspect, a 21-year-old white male, is now in custody.

– Several officers were shot at and injured in Lynchburg, Virginia.

– Several Champaign, Illinois, police officers were injured during protests that turned into a riot.

– Twenty-one officers were injured in Salt Lake City. What appeared to be a mostly white crowd threw rocks and other objects at the officers.

– More than 50 Secret Service agents were injured by thrown objects — including Molotov cocktails — in Washington, D.C. The “protesters” appeared to be trying to breach the White House fence.

– Three Denver police officers were in a police Rapid Deployment Vehicle when they were purposefully slammed by another vehicle. The impact also hurt a civilian standing nearby. The status of the civilian is not yet known, and one of the officers is still in the hospital

– Well over 40 New York City police officers have been injured during riots, some severely. Multiple officers have been shot, stabbed, or hit with heavy objects. The latest incident involved a knife-wielding attacker who stabbed an officer in the neck, and two other officers who were shot — one in the hands.

– Videos from New York that don’t appear to be widely reported in the media show a cop getting slammed in the head with a heavy object from behind, and a cop lying on the street after being shot.

– Multiple Atlanta, Georgia, officers were injured during protests. One officer, a black American named Max Brewer, was run over by an ATV. The vehicle appears to have circled back in order to run him over. He remains in critical condition.

– Two Capitol Police officers were injured during a riot in Harrisburg, Pennsylvania. According to pictures from the riot, it appears some protesters attacked the officers. In one picture, a white man appears to be trying to attack officers wearing riot gear. [5]

– WE THANK YOU FOR YOUR SERVICE: ALL LIVES MATTER –

[5] This article was originally published by Alpha News.

Support Conservative Daily News with a small donation via Paypal or credit card that will go towards supporting the news and commentary you've come to appreciate.
Tags
Antifa Marxist Police Racist Revolutionary Abolitionist Movement The BLM