A recent television ad by “Unite the Country” endorsed Presidential hopeful Joe Biden. The ad, entitled “Deserve,” portrays Biden a man of unity and seeks to convince the American public that Biden is all about uniting the country. As a matter of fact, this appears to be one of the Democrats’ possible themes/slogans as the country approaches the 2020 elections. If the Democrats run on this slogan and utilize Biden as their spokesperson, they will face an uphill battle with the American public. Rather, they should turn to other slogans/themes that more accurately and honestly reflect Biden’s policies and the policies of the Party that he represents.

Biden’s conduct is anything but unifying. As reported by Fox News, in a recent interview on “The Breakfast Club,” a nationally broadcast talk show, Biden was quoted as saying, “I tell you if you’ve got a problem figuring out if you’re for me or for Trump, then you ain’t black.” This comment immediately faced backlash, leading a Biden aide to abruptly try to end the interview. This is understandable, as Biden is, in essence, telling black voters how they should behave.

Biden’s supposed quest to unify the country does not end there.

On one occasion, Biden criticized a potential voter and called him fat and a damn liar simply because the man asked a question about Hunter Biden’s dealings with Burisma.

On another occasion, Biden told a potential voter who asked about the issue of building new pipelines to “go vote for someone else” while pointing his finger in the man’s chest.

As reported by Townhall, Biden also dismissed an 18-year-old member of the Sunrise Movement who was concerned over Biden’s acceptance of Super Pac donations and told the young man to “Look at my record, child.”

On several other occasions, Biden encouraged potential voters to vote for someone else and/or vote for Trump after getting frustrated/agitated and/or arguing with them about various issues that were important to them.

As reported by Newsweek, Biden told an auto plant worker in Detroit “you’re full of sh*t” when the man accused Biden of actively trying to infringe on the Second Amendment and trying to take guns away from people.

Finally, in wake of recent sexual assault allegations, Biden told women not to vote for him if they believed Tara Reade

Biden’s conduct is far from unifying. Rather than bringing people together, Biden criticizes, threatens, ridicules, and/or pushes people away who tend to question his policies and/or his platform, as seen here and here.

Rather than pushing the “unity” theme/slogan, perhaps Biden and those in his campaign should consider other themes/slogans, which are more befitting. Some examples include, but are not limited to, “America: Home of the Green New Deal,” “America: The Nation of Open Borders,” “Obama 3.0,” “America: A Nation of Endless Spending,” “America: Where Your College Education is on Us,” and/or “America: Obamacare for All.” These themes/slogans are more in line with Biden’s policies and the far-left policies of the Party as a whole. 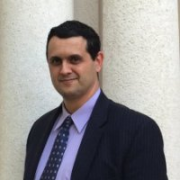