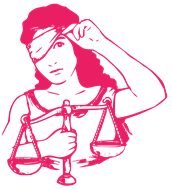 When Lady Justice is not blindfolded, what legal outcomes can America expect?

Once the Trump/Russia/Mueller hoax was exposed, all we heard from the DOJ and Congress was they would get to the ‘bottom of this Presidential Coup’ and prosecute the guilty.

Meanwhile, many months have passed and unless I have missed something, has anything happened? Did we ‘silently’ fill all the jails in DC with all the conspirators and traitors involved in the Presidential Coup?

Should anyone believe prosecutions are happening? The heads of the FBI and other alphabet agencies are still on government payroll, aren’t they? Is that an okay punishment for their crimes?

Did we miss seeing all the 3 o’clock in the morning raids on Democrats with CNN camera’s rolling? Have we missed raids and seizures of property from Democrat’s homes and offices?

What about raiding all the Democrat’s Attorney offices and seizing confidential properties? Did we fail to hear about clandestine meetings with CIA and foreign spy agencies?

Did we learn anything from the ‘Iron Dossier’ detailing Democrats, federal agents, Congressmen, and government department heads throwing lavish parties at Jeffrey Epstein’s ‘Lolita Island?’ Did the FBI use the Iron Dossier to obtain FISA warrants?

Were the Clinton’s email servers impounded and emails recovered? Was the money illegally donated to the Clinton’s NPO seized? Has any Democrat been placed in solitary confinement jail cells?

Were Democrats removed from their TV gigs? What about all those guilty of authorizing taxpayer money to be used on a criminal scheme they knew from day one was a hoax? Hmm…

Well, no is the correct answer to all these points. Instead, none of the guilty parties have missed their new television shows, book signings, tours, foreign speech payments, and raking in millions! Ever wonder why America no longer trusts our government?

Don’t you just hate what government corruption can do? How did we arrive at asking agencies guilty of so many crimes to investigate and prosecute themselves? How stupid is that?

While everyone in DC is slapping Mr. Bill Barr (DOJ) on the back and telling America he is a great American prosecutor, hasn’t he had more than enough time to have a few raids, trials, and locked some into their deserving jail cells?

The Democrat’s team headed by Mueller started destroying people’s lives within days of becoming one of the most corrupt ordeals America should ever experience!

When will those illegally targeted people get their lives and reputations back? The answer is truly short and sweet: never!

Democrats are not only pleased with destroying lives of innocent people but know that Republicans will think twice before stepping onto the political playing field in DC and that is a primary goal for Democrats achieved.

You see, Democrats know Republicans haven’t the stomach for their kind of ‘blood-sport’ politics. They hide in secret and ambush decent people with all sorts of false and fake narratives using taxpayer money and fake news outlets!

The Democrat’s ultimate high only becomes climatic after a Republican and their families are totally wrecked by their false narratives. Lying and false accusations have become a way of life for Democrats.

Like sharks, when Democrats smell the blood of Republicans then and only then is their satisfaction, peace, and happiness. If one doubts this fact, please ask General Flynn!

There isn’t one Democrat that would make a good pimple on General Flynn’s rear in the scope of real life and human values and he is just one of many.

Today, we hear the press telling us there was a leak from the DOJ’s office confirming reports will be made public and prosecutions will begin in just another week or two… or three or four… or maybe never, right!

The larger question must be, “Don’t we already have sufficient facts about most of the Democrat’s crimes that shouldn’t require any report?”

When a police officer arrives at a crime scene, do they wait for a report or do they simply arrest, incarcerate, and prosecute the guilty? Why does law enforcement treat Democrats differently?

What sort of precedence does this set for local law enforcement when the top law agencies treat Democrat criminals so differently?

No, let’s not ever be in favor of mob lynching’s like Democrats prefer with President Trump, but it doesn’t take a genius to tell us these Russia hoax crimes beg to be prosecuted.

Most Americans would agree that allowing all these Democrats to rot in jail waiting on trials is an okay situation. They know that treason is a crime punishable by death and to treat them like saints is disgusting.

Allowing these known criminals to run free, make millions, and raise their middle finger to all Americans, isn’t an appropriate process – regardless! As the chief law official of the United States, President Trump should be ashamed and do something about this madness.

Just in case the DOJ criminal protocol manual was destroyed by James Comey, there are ample prosecutable crimes like lying to Congress, lying under oath, false accusations, treason, disclosures of classified government data, and potentially even murder that can easily be enforced.

Unfortunately, in these instances Lady Justice has fallen asleep, right? How does this happen in America?

If the DOJ doesn’t have competent legal staff to represent America in their trials, why not ask a few mid-western State attorneys for help? They’ll get it done.

While the guilty parties are celebrating their criminal activities, the DOJ is now exposing an obvious change in America called a two-tiered system of justice. One for elite Democrats and another for the rest of us.

No, voters didn’t approve the system but instead sent Congressional members to DC to oversee Government operations and now Congress has failed taxpayers, also.

Remember when the Mueller investigation fell apart, didn’t Senator Graham tell us his committee would get to the bottom of these criminal acts? Did we miss those hearings and criminal referrals?

No matter where one travels in America, tensions are growing, and tempers are flaring. American taxpayer patience has worn thin. America now has a war brewing between Government and taxpayers.

How does anyone trust the very people that created the criminal activities to prosecute their crimes? Most astute legal scholars are telling us it’s not going to happen, so we need to get over it. Really?

Unfortunately, the temperament of America is close to a boiling point and bad news is not going to cool the pot! If something doesn’t happen quickly and Lady Justice is not awakened, elite criminals prosecuted, then what should anyone believe will happen next?

To complicate matters, Democrats have gone insane. They are protecting the people guilty of committing crimes while trying to prosecute and impeach someone that is innocent of any crime.

Yes, that’s called a lynch-mob justice system! Is that the alphabet agencies way of shifting our justice system so they don’t have to prosecute their best friends and drinking buddies?

If one was to write a novel about the beginnings of a Civil War, could they find a better script than the one playing out across America, today? Is this really what the President, Congress, Republicans, Democrats, and the DOJ want?

If Democrats knew anything about Patriots, they should know we don’t take kindly to law breakers, anti-Americans, or Godlessness.

Let’s pray the Democrats will get a grip on reality, realize the futility of their actions, and defuse this madness they have created.

Matthew 11:28-29 Come unto me, all ye that labour (love God) and are heavy laden (burdened and stressed), and I will give you rest (mental peace knowing He is in control). Take my yoke (mandates) upon you and learn (constantly study) of me; for I am meek and lowly in heart (easy to love): and ye shall find rest (peace) unto your souls (solutions).

Support Conservative Daily News with a small donation via Paypal or credit card that will go towards supporting the news and commentary you've come to appreciate.
Tags
big government Congress Democrats Politics Republicans The Department of Justice