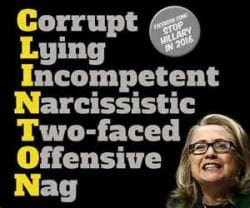 Please choose any Democrat leader or leaders and ask yourself how you think they feel about America. Is America truly a ‘basket of deplorables’ as was so stated by Hillary Clinton?

Why do Democrats look down their noses at America? What has America ever done to Democrats that deserve their total disdain?

Unfortunately, most of these wealthy elites didn’t earn their money the old fashion way but instead was part of the Democrat cabal of crony capitalism.

The Democrat mindset about America is taxpayers work for them and it’s their duty to spend taxpayer money to only compliment the Democrat Party’s goals and objectives.

As Nancy Pelosi just said, Democrats do what is Patriotic when they spend millions to remove a duly elected President. Yes, for sure Democrats are prolific liars and schemers.

The amazing thing about America is once a new sheriff, Donald J. Trump, moved into DC, the Democrats have been forced to display their hold cards.

You see, this new sheriff doesn’t play dirty politics, won’t hide his agendas, won’t go into the back rooms to split up taxpayer money, and won’t support anti-American activities.

Most importantly, the Democrat Party’s anti-American schemes are being exposed and fought to a degree never imagined.

Who would have ever believed the Democrat machine wouldn’t be able to smear, besmirch, malign, and destroy a Republican? This sort of failure is just not acceptable to Democrats, right?

Destroying people is what Democrats do best! Being a member of the Democrat Party means checking one’s ethics at the door because politics to them is a total blood sport!

Because America was founded upon Judeo-Christian values, most Americans understand there is always a higher power involved in everything we do or say.

As of August, Democrats falsely believed that by kicking God out of their Party would mean free reign on their actions without consequences. They would finally be able to do whatever and bully Americans into thinking and believing their rulership was better than God’s.

After all, those ‘stinky’ old Ten Commandments would no longer interfere with their plans with God missing from their quorums. Finally, they could immediately remove ‘so help me God’ in their oaths.

Well, that should make them so much more powerful, right? What they didn’t consider is Americans are beginning to see their un-Godliness for what it really is and don’t like it.

Americans are demanding a return to the old ways of life where we lived in peace, tranquility, and love. A time when we loved one another, wanted the best for everyone, and worked hard to make our lives better for the next generations.

Today’s Democrats are lost. They are wandering in the wilderness falsely believing they have the only path to nirvana!

With President Trump exposing the Democrat motives and goals every day, America is seeing how the DC sausage is being made and we don’t like it.

What Nancy Pelosi and her ilk don’t understand is that being a Patriot means standing ‘up’ for America – not tearing Her down! They can’t even understand that scenario.

For Democrats, it’s now left is right, white is black, citizens are scum, and illegal aliens are their savior. Money and power are all that matters.

Democrats are going to have to come to the reality their schemes of making themselves wealthy at the expense of human lives is not going to be a winning plan for America or themselves.

Promoting child sex trafficking, sex slavery, and illegal drugs is not going to be their winning strategies – regardless of how many millions they pocket.

No matter how many times Democrats vote to kick God from their party, there will come a day of reckoning. When that day arrives, they are not going to be so emboldened and arrogant.

We must recognize Democrats for who and what they are: liars, losers, anti-American, anti-God, and the world’s largest hate group. Patriots must support our President, Donald J. Trump, and begin the process of cleansing America from this insane and deadly disease known as the Democrat Party.

Romans 14:8-14 For whether we live, we live unto the Lord; and whether we die, we die unto the Lord: whether we live therefore, or die, we are the Lord’s (no one escapes or hides from the eventual realities). For to this end Christ both died, and rose, and revived, that he might be Lord both of the dead and living (offers eternal life). But why dost thou judge thy brother? or why dost thou set at nought thy brother (despise, malign, false witness)? for we shall all stand before the judgment seat of Christ (there will be a judgement day to account for our actions).

For it is written, As I live, saith the Lord, every knee (not just some) shall bow to me, and every tongue shall confess to God. So then every one of us shall give account of himself to God. Let us not therefore judge one another any more: but judge this rather, that no man put a stumbling block or an occasion to fall in his brother’s (humanity) way.