So you want the government to run your healthcare? Putting the lives of you and your family in the hands of state and federal employees doesn’t seem like the brightest idea in the world. Why, you ask? Well let me put it this way, UPS is a private company and USPS is a government run operation. While out of town for a few months recently, I needed to make a purchase of some clothes that I couldn’t get where I was staying, so I went online and placed an order. It wasn’t anything big or alarming, just a few shirts. The shipping method was UPS. As I tracked it through the week it went where it needed to go, and finally landed at the local post office where it was handed over to the United States Postal Service for delivery. Suddenly, my package is back on a plane headed right back where it came from, in the opposite direction of its destination. It had landed where I was and instead of being delivered to me, 30 minutes up the road, it was flown back across the entire country. My expected date of delivery was pushed back a few weeks and I never received my package, for absolutely no reason other than the fact that government run enterprises are inefficient wastes of tax dollars. If you think I’m wrong, I just want to ask you, have you ever been to the California DMV? I have, and my most recent trip lasted a whopping eight hours.

If the left got it their way these same disorganized people would now be in charge of all things medical through socialized healthcare. Everything from your prescriptions to your surgeries would be processed by the people who could care less about what they’re doing or how crucial a task is as long as they get that biweekly paycheck. “But Canada, Denmark, the UK and more have all done it successfully,” many will argue. However, what they fail to take into account is the fact that we aren’t those places. Not even close.

The first thing I look to when this argument is brought up to me is population. First of all, we have one of the most diverse populations out of the Western states mentioned in the leftist arguments for universal healthcare. Believe it or not, the ethno-homogenous populaces of nations always mentioned in this argument, such as Denmark or Sweden, plays a big role in the ability of social programs working out for them. I can go much deeper into this, but to avoid being called a racist for discussing a proven phenomenon, I’ll leave it at that.

Besides the ethnic similarities among the people in the Nordic countries, the United States’ population is generally a lot larger than any of the nations with a single payer system. If you look to our neighbor up north, which is constantly referenced as a beacon of hope in the healthcare world, you’ll see a population of about 35.6 million people versus the US’s 326 million people. If you decide to go the classic leftist route and look at Sweden or Norway, they have populations of 9.9 million and 5.25 million respectively. In other words, Sweden is slightly smaller than Los Angeles county (~10 million) and Norway is half its size.

Still looking to the common examples of Sweden or Canada, comes the idea of wait times, something Americans don’t have to be too concerned with. Many people in Sweden look to their neighboring nations for healthcare, actually willing to pay, simply to avoid the wait times back home. Canada isn’t much different. If you aren’t deemed to be taking your final breaths, you will wait days to weeks before a doctor is going to see you.

The United States is also one of the unhealthiest nations in the world. The US leads the world in obesity, not to mention the fact that our diets are flat out horrible, which is definitely going to take a toll on the price of healthcare. The European Union, for example, has outright banned importing any genetically modified foods due to the implication that they cause all sorts of terrible diseases, while in the US we eat GMOs on an almost daily basis. The US is too unhealthy for this notion of medicare for all to work out efficiently. I don’t know about you, but I consider myself relatively healthy and I don’t want to be paying for the medical procedures of a nation of people who think eating 5 Big Macs for dinner is a perfectly fine idea and then go on to suffer the occasional heart attack. I don’t care about other people’s diets, do as you please, but don’t stick the bill on the rest of us when it finally catches up to you.

So why does the democratic party leadership continuously attempt to play medicare-for-all off as a godsend if it’s so horrible? Well, many reasons can answer that question, one of them being greed. If they continue to brainwash people into believing that they’re giving them something useful they’ll keep voting them in for generations. We’ve seen this with Joe Biden and Bernie Sanders; two career politicians who have been making empty promises for decades with no results, yet their constituents don’t know any better and consistently vote them right back into power, where they sit back and rake in the big paychecks without contributing anything of use to the society they claim to be empowering. Be smart, look past all the glitz and glamour of these lies and see them for what they really are: attempts to make people into big government slaves dependent on “The Man” to live happily, so that politicians can continue to get rich off of the work of regular old middle class families. 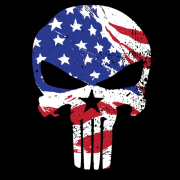