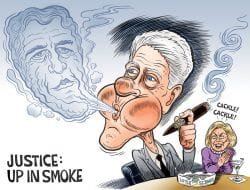 When anyone’s statements, actions, and speeches threaten the lives and safety of millions of innocent American citizens, we must take them seriously. Fringe groups have formed by Democrats to physically attack property and innocent people falsely believe they are following legitimate orders.

The single thread running through all the Democrat hatred centers around President Trump. However, when we investigate this point, their theories quickly fall apart.

The current economy proves Donald Trump has recently improved their lives and financial standings. What’s to hate about that?

Could their mental imbalance result from Donald Trump’s efforts to lift millions of minorities out of poverty since Democrats always prefer keeping minorities on their plantations?

So, if we take a deep breath, step away from the noise, how is it possible for anyone to be so physically and mentally distraught about what President Trump is doing for all Americans – unless success is an anathema to one’s self-serving goals?

So, maybe it isn’t personal but all about President Trump interfering with their offshore businesses. However, liberals despise business so assuming this angle would be a major stretch of our imaginations.

Even if it were true, President Trump is giving businesses the choice to move their businesses back to America to avoid tariffs. Returning to America means problem resolved, right?

Then there is another side to this scenario. If one doesn’t have a moral compass and human decency, could their problem with Donald Trump be the laws and regulations he is enforcing?

What appears to be the one common thread running through all these people is their lives do not reflect any puritanical characteristics. They openly and proudly continue to support immorality, dishonesty, and disregard for patriotism as their virtues.

If these people are addicted to illegal drugs, child sex, sex slavery, pornography, and other nefarious ‘sinful’ activities; then their justification for hating President Trump could be warranted but not valid, since he is targeting these illegal activities.

Rumors abound suggesting the costs for child sex slaves has increased over 1000% since President Trump took office. Now, the costs for illegal drugs are following with massive increases with less availability.

After the arrest of Jeffery Epstein, the renown child sex slave merchant, we have learned most of his clients were Democrats and Liberals. Most of these people were not blue-collar workers but the elite of the elites.

Just as Donald Trump builds the wall on the southern border to stop child sex trafficking, he ordered his DOJ to go after the wealthy involved in horrific illegal businesses. We have just learned 70% of the unaccompanied minors coming across our southern border are sold as sex slaves.

Democrats remain firm in demanding President Trump release these children. If we then connect the dots from Democrats to child sex slavery, there is truly a major “NEXUS!”

If child sex and illegal drugs are the motivating factors in the lives of Democrats, then understanding their hatred for President Trump is valid – but unacceptable for such nefarious reasons. Doesn’t this make them criminal accomplices to be prosecuted?

Moving toward resolutions for these people requires denying access to children and illegal drugs. Next, they must receive immediate professional medical care and treatment, or they become irredeemable and nothing more than an irrelevant wasted society.

Acts 28:24-27 And some believed the things (doctrines) which were spoken, and some believed not. And when they agreed not among themselves, they departed, after that Paul had spoken one word, Well spake the Holy Spirit by Esaias the prophet unto our fathers, Saying, Go unto this people, and say, Hearing ye shall hear, and shall not understand; and seeing ye shall see, and not perceive: For the heart of this people is waxed gross, and their ears are dull of hearing, and their eyes have they closed; lest they should see with their eyes, and hear with their ears, and understand with their heart, and should be converted, and I should heal them.

Ephesians 2:5-10 Even when we were dead in sins, hath quickened us together with Christ, (by grace ye are saved;) And hath raised us up together, and made us sit together in heavenly places in Christ Jesus: That in the ages to come he might shew the exceeding riches of his grace in his kindness toward us through Christ Jesus. For by grace are ye saved through faith; and that not of yourselves: it is the gift of God: Not of works, lest any man should boast. For we are his workmanship, created in Christ Jesus unto good works, which God hath before ordained that we should walk in them.

Challenges, Yes, But Plenty to be Thankful For