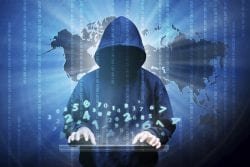 While growing up, I was taught a woman is either pregnant or not. There just isn’t any middle ground, is there? Is there any reason we shouldn’t apply that same logic to politics?

Today, we are seeing a massive charade among our Political Party elites. We might even say they are trying to appear pregnant, but they are not. Most are impotent, power grabbers, or just stupid liars.

The Democrat Party elites robe themselves in patriotic rhetoric wrapped in the US flag. However, while speaking, it becomes obvious they are liars and would rather burn the flag and Constitution than honor it.

They’ll post unfavorable photos of US Border situations blaming President Trump for the problems created by their own Party. However, they won’t expose or do anything about terrorist attacks or illegals committing murder and other crimes.

Their actions speak for themselves, so their speech is worthless. Democrats routinely prove they are dishonest and anti-American. Isn’t it past time to start calling a ‘spade’ a ‘spade’ and expose them when they try to deceive Americans?

The Epoch Times recently published critical information exposing an example of this concern. The following people could get one to believe they are faithful pro-American supporters and have nothing up their sleeves. The reality is quite different…

On March 9 and 10 they traveled to Venezuela to explore how the government and population are responding to the economic sanctions placed on the Venezuelan tyrannical government. Oh, it’s not a visit to see how they can help the Venezuela people or eradicate this tyrannical socialist regime and restore civility, instead it’s about how to stop the US sanctions.

Sarah Martin is also a member of the pro-China Freedom Road Socialist Organization “FightBack!” In February 2009, Martin was denied entry to the Palestinian Territories by Israeli security forces. In November 2018, she attended the First International Conference Against US/NATO Foreign Military Bases in Ireland.

In November 2014, they traveled to the Republic of Ireland to the First International Conference Against US/NATO Foreign Military Bases attended by members of the socialist political party Sinn Fein and Cuban parliamentarian and daughter of late Cuban terrorist Che Guevara, Dr. Aleida Guevara.

The point being is these are not American Patriots, but people worshipped by the Democrat Socialists. How is it then possible for anyone to worship someone they don’t want to see succeed?

Bernie Sanders, the Democrat front runner, has told us for as many years as he has been in government, he is anti-American and pro-Socialist. He makes no excuses for his radical position.

Then you have Joe Biden and the rest trying to ‘fake’ their allegiance to America while doing anti-American activities in secret. They prove their distaste for the American way and will do everything in their power to tear America apart and install socialism.

Democrats are addicted to power – not to serving citizens. They care more about foreigners than any American citizen. If they have their way, the Border Patrol, Armed Services, and all business would be abolished.

Before voting, just ask your candidate if they love God and America? Please don’t believe the charades and facades just get to the point of either being pregnant or not.

Charades can end up becoming deadly for you and your families!

Support Conservative Daily News with a small donation via Paypal or credit card that will go towards supporting the news and commentary you've come to appreciate.
Tags
Democrats socialism

Efforts to Ban TikTok Are Getting Real. Here’s Why That Would Be a Mistake

SCOTUS Has Crippled Biden’s EPA, But There’s Only One Way To Stop Them For Good