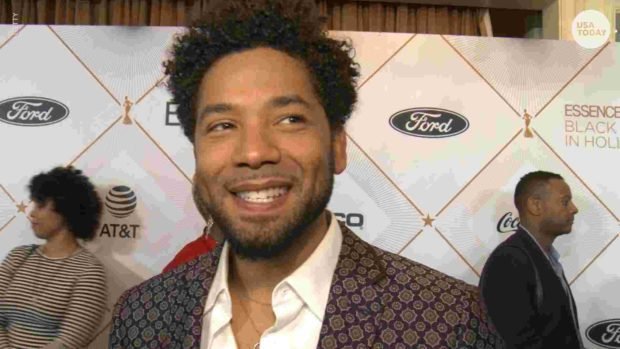 “Empire” star Jussie Smollett made international headlines after he alleged that he was attacked at 2 AM in Arctic weather in Chicago but, local police department sources are growing increasingly skeptical of Smollet’s report and may even consider charges against him.

“In short, there is near unanimity among police sources that Smollett’s story is very likely not true,” Mediaite reported.  And that even the media outlets still regurgitating the current “party line” don’t really believe it.”

#JussieSmollett went too far. CPD is publicly still calling him a victim, but sources in the department tell me that the investigative focus has now shifted, and they’re investigating Smollett for the hoax.

John Ziegler reported on the state of the current investigation:

Among other things, the police have made it very clear they have not yet found any proof of an attack, despite having almost all of Smollett’s movements on surveillance video. They have disclosed that Smollett would not give over his cell phone to verify his timeline of events. They even published photos of “persons of interest” that they had to know were going to be universally mocked for being obviously irrelevant.

In my view, none of those important revelations would have been made public in the way that they were, unless there was extreme suspicion within the police force that Smollett’s story was not fully accurate.

By extension, media figures would not be being told by their police sources, as I have been told is currently happening both routinely and with vigor, that the authorities are acting on the assumption that they will never find any evidence to fully substantiate Smollett’s story. This isn’t just happening via idle speculation either, the police are doing so with great specificity, even including an alternative theory for what really happened (current attempts to find the origin of the rope found around Smollett’s neck long after the event was over are believed to be the most likely game-changer, if there ever is one in this case).

How could the attackers have poured bleach on Jussie Smollett in Chicago in Arctic conditions when bleach freezes at 18-19 degrees? Does anyone actually believe that two attackers in Cook County Illinois a county Hillary Clinton won by 53 points, would actually say this is MAGA country? Are we supposed to believe in Arctic conditions Jussie Smollett who’s face it was difficult to find in the cold weather, was attacked by two Trump supporters who were waiting at 2 AM to attack random celebrities walking in the Arctic cold? He was seen on surveillance still holding his subway sandwich after being bleached beaten and having a noose tied around his neck, how is that possible? He also says he was on the phone when the attack happened and the phone wasn’t damaged, does Jussie Smollett have 3 hands or more?

#ChicagoPolice source tells @fox32news that #JussieSmollett was seen on surveillance still holding his #Subway sandwich when he returned to the building after the alleged attack.

The story began to change as allegedly Jussie Smollett said that his manager was on the phone with him when the alleged attack happened, but when investigators wanted to see for themselves if that was true Smollett refused to give them the phone, not the actions of someone who was truly attacked and who wants the perpetrators brought to justice. Then many were wondering, is the manager grossly incompetent and was that why he didn’t call the police, was the manager so heartless and evil that he let his client get attacked and he did nothing or did this not happen at all and they don’t want the police to know?

When Jussie Smollett made his return he said that “I fought the f*ck back” which is again another change in his story but he has yet to explain why that part of his story or any other part changed.

As police were doing their jobs investigating this claim looking through hundreds of hours of security camera footage all across the area where the incident happened within the city which is one of the most surveilled in the world, but they found no footage which showed that Smollett was attacked.

Jussie Smollett did not have broken ribs as was shown in security camera footage after the alleged attack.

In the incident report obtained after a Freedom of Information Request, it said Jussie Smollett didn’t want to report the attack… now, why would an attack victim not want to report being attacked?

Following a FOIA request, Chicago Police have provided ABC with a first look at the original incident report in the #JussieSmollett investigation. The report notes Smollett didn’t want to report the attack, but the person who did believed it to “be in the best interest to.” pic.twitter.com/zk7BUDEvZZ

The rope Smollett said was used in the attack was rope was used for clotheslines and no further inroads have been made in the attempt to find the alleged attackers.

Police now confirming our January 29th report that #JussieSmollett "rope" was clothesline. Stick with us. The official story will catch up eventually. (PS @RobElgasABC7 is a great follow for developments) pic.twitter.com/b7rB54Aiil 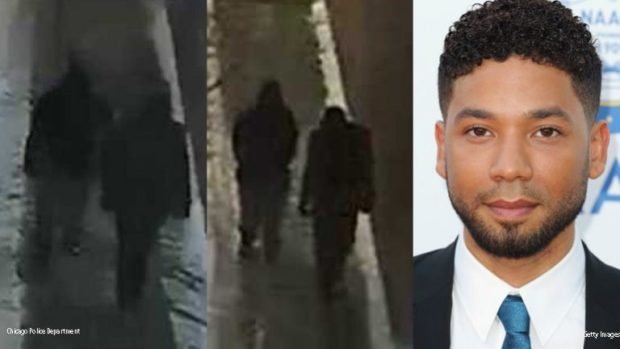 The police released two persons of interests which weren’t particularly useful at first as it was very hard to identify who these two were. Despite the difficulty of the task to find these two; police did find out these two men were walking away and not in the area when the alleged attack happened.

A consideration regarding the "potential persons of interest" being sought by police in connection with reported hate crime incident in Streeterville: The men are walking *away* from the attack scene 15-30 minutes *before* the incident, per police timing of events.

Support Conservative Daily News with a small donation via Paypal or credit card that will go towards supporting the news and commentary you've come to appreciate.
Tags
Jussie Smollett