When Zimbabwe’s Marxist dictator Robert Mugabe confiscated the land of white farmers, disaster ensued. The country was once a breadbasket, but after the white farmers were chased out, agriculture collapsed. The economy was ruined. Inflation ran rampant. Zimbabweans began to starve and food aid became necessary. Mugabe is notorious for his anti-white racism. He once stated, “The only white man you can trust is a dead white man.” 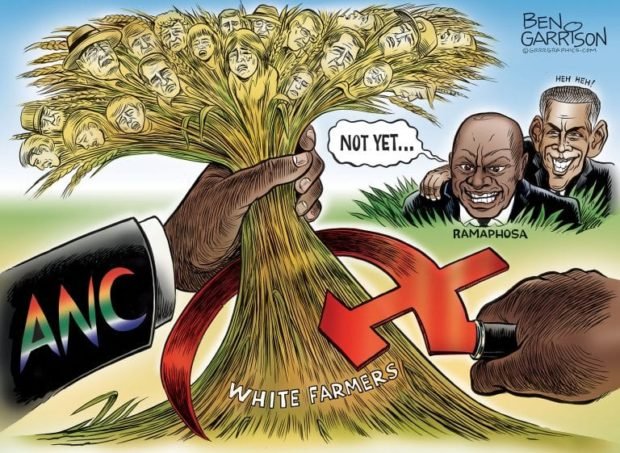 And now, South Africa is seizing private property without compensating the owners.

Garrison goes on to highlight the horror that the current socialistic atmosphere has created:

To me, the biggest problem is the communism. It always leads to deleterious results–but when it’s combined with racism, it quickly leads to genocide. Far too many South African white farmers have already been brutally murdered. The details are horrific. The local police have been sluggish. South Africa has an alarming murder rate and only 10 percent of the cases are solved. It is estimated that one out of three men in South Africa have committed rape.

Garrison does an amazing job of identifying an issue not many in the U.S. are aware of and he pulls together this heart-breakingly revealing documentary on the murder of White farmers in the country. Note the fear they have in identifying the societal racism against White people in South Africa.

Racism is not always against people of color and should be tolerated against no one.

Support Conservative Daily News with a small donation via Paypal or credit card that will go towards supporting the news and commentary you've come to appreciate.
Tags
South Africa