From Warner Bros. Pictures and director James Wan comes an action-packed adventure that spans the vast, visually breathtaking underwater world of the seven seas, “Aquaman,” starring Jason Momoa in the title role.  The film reveals the origin story of half-human, half-Atlantean Arthur Curry and takes him on the journey of his lifetime—one that will not only force him to face who he really is, but to discover if he is worthy of who he was born to be…a king.

Oh, and Dolph Lundgren is in the film.

“It is good to be king. Basically, I try to keep the peace down there along with Amber Heard, who plays my daughter,” Lundgren said in an interview with the Las Vegas Review-Journal. “She’s trying to convince me to join the right side. Then you have Nicole Kidman as Aquaman’s mother. We’re trying to avoid war between the surface [dwellers] and the people of Atlantis.”

As is fitting for the king of the sea, the shoot will take place mainly in locations spanning the stunning Gold Coast of Queensland, Australia, with extensive filming to be accomplished at Village Roadshow Studios. The production will utilize the facility’s sprawling backlot and all nine VRS soundstages, including its newest, Stage 9, the largest of its kind in the Southern Hemisphere. Filming will also take place in Newfoundland, Sicily and Tunisia.

An icon for over 75 years, Aquaman is known by fans of DC Comics as the ruler of Atlantis but committed to protecting the entire globe, both land and sea. 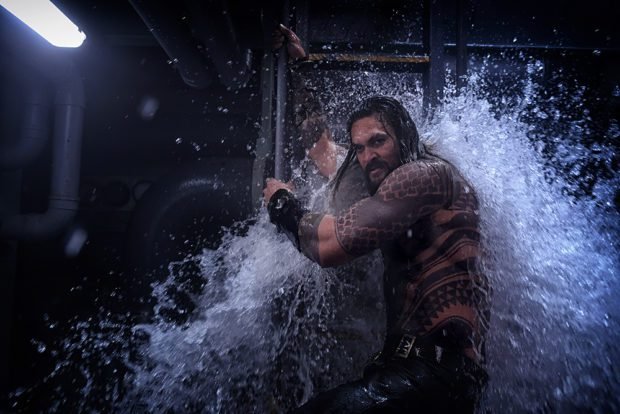