A Washington DC area Mexican restaurant has, so far, escaped the same backlash that a Lexington, Virginia restaurant did after Trump administration officials were forced out of both establishments.

Last week, Department of Homeland Security Secretary Kirstjen Nielsen was harassed at MXDC Cocina Mexicana by a group of socialists who may have been alerted to Nielsen’s presence by restaurant staff. The manager that evening told reporters that he was happy that it happened.

Over the weekend, White House Press Secretary Sarah Sanders was kicked-out of The Red Hen in Lexington, Virginia after the staff called the restaurant’s owner at home alerting her to Sanders presence. The owner drove to the restaurant, took a vote of the staff and then kicked Sanders and seven members of her family out. The owner then stalked Sanders family to another restaurant, used her phone to call up a mob and harassed them while they ate dinner.

Both women, senior Trump administration officials, were chased from establishments by foaming-at-the-mouth liberals. In both cases, management supported the rude behavior and may have instigated it. Neither establishment’s owners have communicated any regret which means that anyone with a view that is not supported by management may get verbally abused by protesters and expect that management will do nothing about it.

The Red Hen has seen it’s Yelp review page hammered with one-star reviews, the restaurant has been shuttered since the event and not likely to open until at least July 5. Protesters have gathered outside the restaurant to voice their displeasure at the uncivilized treatment of Sanders and the owner has lost her position as the Executive Director of a prominent local business group.

Things couldn’t be more different for MXDC Cocina Mexicana where Nielsen was verbally assaulted. The restaurant’s Yelp! page displays an “Active Cleanup Alert” warning poster telling reviewers that their posts may be removed. 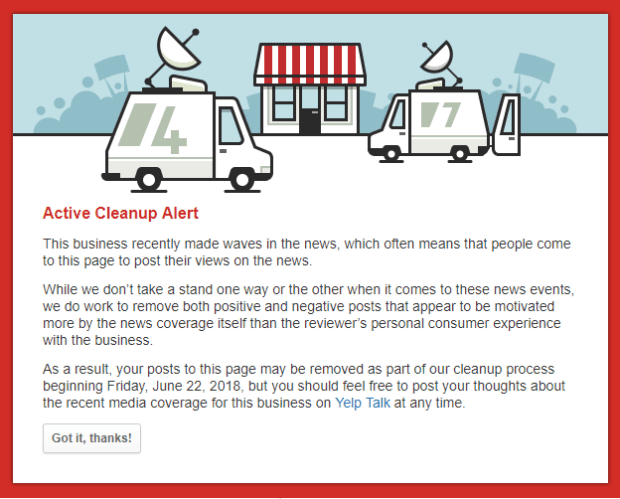 None of the reviews were recent, so any activist postings have likely been removed. However, the reviews that were there, weren’t all stellar. 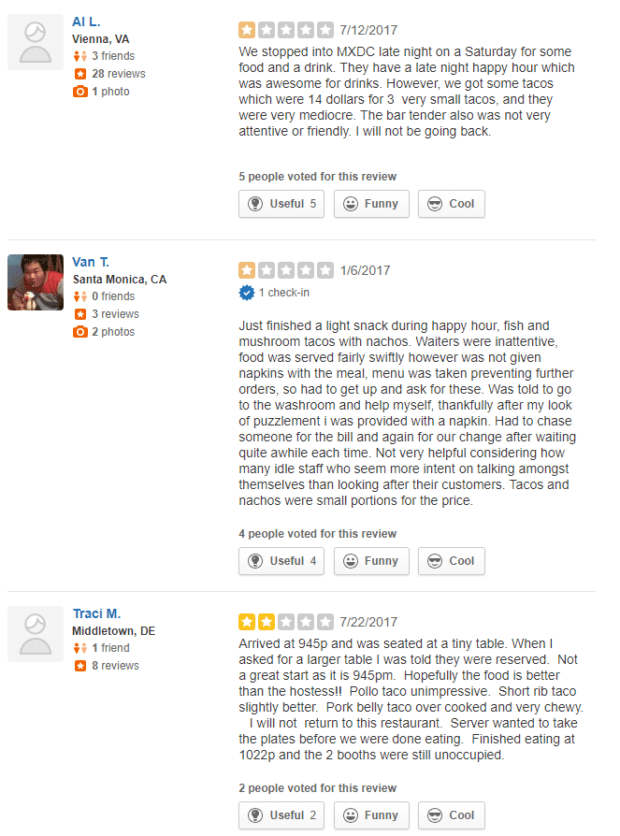 There have been no protests outside of MXDC that we were able to find, the restaurant is still open during normal business hours, and the owner and/or manager has faced no negative consequences.

Lexington, Virginia is in a county that is largely pro-Trump. Rockbridge County went 62.4% in favor of the president in the 2016 election.

Washington, DC, in contrast, is home to a whole lotta liberals. In 2016, the city cast 91% of its votes for Hillary Clinton and Tim Kaine. Only 4.1% of the vote went for the GOP ticket.

Does this mean it’s not safe for Republicans to eat in Washington, DC? I hope not, but liberals are increasingly working to make that true.

Just two days before the Nielsen drama, White House Advisor Stephen Miller was approached at Espita Mezcaleria, another DC area Mexican restaurant, and asked if he was “a real-life fascist” and if he was begging for money for “new cages.” The patron then began yelling “fascist” at Miller. While Miller left the table, he did not leave the restaurant.

Democratic Party representative Maxine “Mad Max” Waters lashed out at Trump administration officials recently. She incited liberals everywhere to make sure that any members of Trump’s team are not comfortable anywhere or at any time.