Hillary Clinton made a splash in the news—will the woman ever go away—when she told an audience that Democrats “do not do well with … married, white women. And part of that is an identification with the Republican Party, and a sort of ongoing pressure to vote the way that your husband, your boss, your son, whoever, believes you should.” Married, white, Republican women, she seems to be saying, lose all sense of themselves and their proper allegiance. If they were in their right minds, she implies, they would vote Democrat.

Where would she get such an outrageous idea? From a 2017 study that purports to explain why married, white women voted for Donald Trump. The study, Gender Linked Fate, Race/Ethnicity, and the Marriage Gap in American Politics, was conducted at Oregon State University using data from the 2012 American National Election Study. The authors write, “We argue that marriage alters women’s perceptions of self-interest by institutionalizing their partnerships with men and consequently leading women to feel less connected to other women.”

They say it like it’s a bad thing. Like what’s good and right is for women to pledge allegiance to the sisterhood, and what’s bad and wrong is for women to identify primarily as the partners and mothers of men. Men. Those awful, evil creatures. Why, only a drop of their toxic masculinity is enough to dumb down the most intelligent of women and lead her obediently into the voting booth. (It would be hard to find anything more toxic to women than Clinton’s attitude, but I digress.)

The study also claims that “women consistently earn less money and hold less power, which fosters women’s economic dependency on men.” The myth of the gender pay gap is used to explain why married women vote not in their own best interests—for the Democrats presumably—but to protect their husband’s economic interests as their own. And they say it like it’s a bad thing. They ignore that a husband who is a good provider makes it possible for a woman to spend more time in her role as a full-time mother if she so chooses. That’s the kind of economic dependency a lot of women appreciate.

It would seem that the Democrats have reason to fear the traditional family, steeped as it is in loyalty to each other and the power derived therefrom. Once a man and woman cleave to each other, forsaking all else, they are a formidable force. Let’s consider the facts.

What liberal elites hate is that conservative women vote the same way liberal women do: according to their needs and desires. White, married women tend to vote conservatively because they are most often the ones in traditional marriage situations. Non-white, unmarried women, especially if they are mothers, tend to vote progressively because they are more dependent on government, social services—and “the village”—to fulfill the financial and support roles that a husband normally would.

So, yes, the Democrats don’t do well with married, white women, and the Democrats are only fooling themselves that it’s because traditional marriage and race are the problems. Those aren’t problems. Race is a not a problem, and marriage is the solution to a whole lot of problems. The real problem is that Democrats’ liberal policies have nothing to offer married, white women because the traditional family unit meets those needs better than anything else ever could. Rather than being weak and traitors to their gender, they are fulfilled and empowered by marriage and family. That’s why they voted for Donald Trump. Traditional families thrive in his world, as they should, the bedrock of society that they are.

Then again, maybe they just couldn’t bring themselves to vote for Hillary Clinton under any circumstance.

Support Conservative Daily News with a small donation via Paypal or credit card that will go towards supporting the news and commentary you've come to appreciate.
Tags
Hillary Clinton Republicans white women 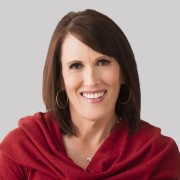