Leftists hate the civilian ownership of firearms for a variety of reasons and they take every opportunity to push for the eradication of the Second Amendment. In the wake of high-profile shootings, the predictable political figures step forward to call for ever-expanding infringements on the right to keep and bear arms. Those who defend the Second Amendment often make the misguided presumption that the contempt for this particular constitutional right is based on ignorance. Not so.

It is important for those who believe in the liberties expressed in our founding document to fully understand the reasoning behind the attack on the Second Amendment. Any logical assessment of crime and so-called “gun violence” shows that such crime is at its worst in the jurisdictions with the most oppressive gun regulations already in place and it demonstrates that the vast majority of mass shootings take place in designated gun-free zones. The anti-gun movement ignores this. They also ignore the fact that if mass-killers and criminals don’t obtain weapons legally they do so illegally, and they willingly dismiss the fact that many thousands of law-abiding citizens defend themselves with firearms each year. Only the rights of lawful citizens are oppressed by further firearms restrictions.

The proposed legislation put forth by the left is both blatantly ineffective and unconstitutional; therefore, defenders of the Second Amendment often presume that anti-gunners are simply ignorant of the facts. There is even a tendency to blame the politicians who push the disarmament agenda as being uninformed. It is true that many who support gun control are naive on the issue and fail to consider all of the aspects involved in the discussion. These people simply react on cue to every mass shooting and declare that further gun bans must be enacted and further restrictions must be put in place. Often these individuals have a complete ignorance of firearms as well as an irrational fear of the inanimate object itself. However, those misguided by unfamiliarity or irrationality are only one part of the anti-gun complex.

There is a far more dangerous and calculating element to the anti-Second Amendment movement that goes well beyond ignorance. To begin, the majority of politicians are not uninformed on the subject; they are simply pushing an agenda. Have you heard any of the usual gun control advocates volunteer to give up their armed bodyguards to take guns off the streets? These individuals believe in guns for me but not for thee. They consider you, the common citizen, a peasant unworthy of the same protections they are afforded and they will trample the Constitution in order to strip you of that equality.

The final group of the anti-gun movement is the least considered but the most dangerous. This is a population comprised of individuals that are not anti-gun out of ignorance; rather, they wish to rid the nation of the Second Amendment because they are vehemently opposed to individual responsibility, especially as it pertains to protecting themselves and providing their own safety. This demographic is comprised of people who believe that all manner of responsibility should be placed in the hands of big government; not on the community, and certainly not on the individual. They abhor the notion of protecting themselves from the criminal element and cannot fathom protecting themselves from a tyrannical government, the original intention of the Second Amendment. Due to their own disdain for this individual responsibility they wish for this option to be stripped away completely.

This particular denomination of the anti-Second Amendment movement hates those who espouse self-reliance through being armed because they believe it poses a threat to their own determined relinquishment of that responsibility. These leftists believe that any further normalization of guns among American society will lead to such an expectation being placed on them, personally. This is the true fear that drives their absurd stance against a clearly specified personal liberty. This reactionary hysteria is clearly demonstrated in the pushback against arming teachers in schools. The thought that such a notion would even be put forward terrifies the leftist: if civilians are given such an option rather than exclusively emissaries of the state, perhaps eventually the average citizen will be expected to protect themselves. Expected self-reliance, rather than reliance on government, is the worst possible outcome for the leftist.

The devoted anti-gunner, who is intrinsically opposed to individual responsibility, is a far greater threat to liberty than is the ignorant. Those who are simply uninformed about firearms will react emotionally in the wake of a well-publicized event but they soon forget about it; they are not invested in the issue. Those who wish to place all authority and capability in the hands of an all-powerful state, however, work ceaselessly to infringe on the Second Amendment because it is a foremost obstruction to their desired endgame. The removal of all responsibility and all capability from the individual and a forced reliance on government is the true motivation for the anti-gun movement and understanding this is essential in our fight for freedom.

Support Conservative Daily News with a small donation via Paypal or credit card that will go towards supporting the news and commentary you've come to appreciate.
Tags
gun rights The Second Amendment 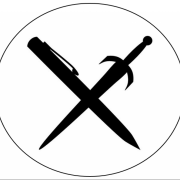 Mr. DeGennaro is a firearms instructor and a contributing author for USA Carry, Concealed Nation, The Truth About Guns, and a number of other firearms publications. He has also written political pieces for American Thinker and The Bull Elephant.